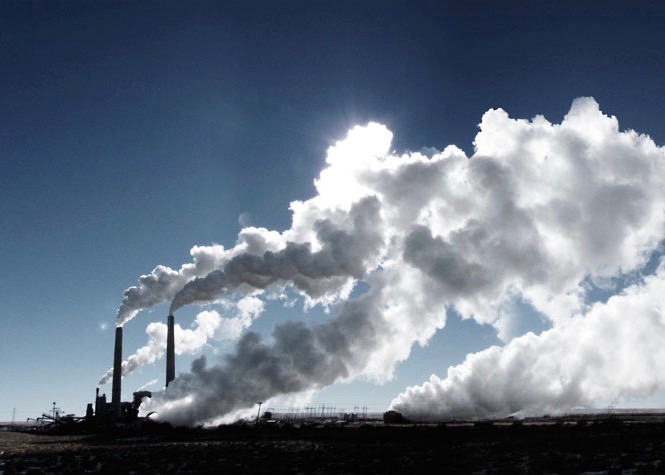 Between record-setting temperatures, shrinking snowpack, rampant wildfires, and acidifying waters, the threats of carbon pollution have become increasingly conspicuous since 2008, when the Washington State Legislature set targets for reducing greenhouse gas emissions. The goal was to return to 1990 levels by 2020, and then to cut those 1990 levels in half by 2050.

Since then, however, little has been done to make those targets a reality. Until now.

On Thursday, the Washington Department of Ecology unveiled the state’s first initiative to cap and reduce the carbon pollution that contributes to global climate change. The Clean Air Rule, which goes into effect Oct. 17, will initially apply to 24 businesses that each produce at least 100,000 metric tons of carbon each year, including all five oil refineries in Washington, as well as power plants, fuel distributors and other industries. Collectively, they account for two-thirds of all the carbon pollution produced in the state.

“In short, the Clean Air Rule sets up a cap on carbon pollution in Washington and slowly reduces that cap over time,” Ecology Director Maia Bellon explained at a press conference held on the Seattle waterfront Thursday afternoon.

The measure, which operates under the state’s Clean Air Act, will require the targeted businesses to reduce their carbon emissions by an average of 1.7 percent each year. Companies have three ways to comply: by reducing their own emissions; by developing projects that will reduce carbon pollution via other means, such as energy efficiency programs or electric vehicle charging stations; or by buying "carbon credits," either from other companies that have reduced their emissions or via approved carbon markets.

Gov. Jay Inslee originally proposed a “cap and trade” program like the one that took effect in California in early 2012, but the idea stalled in the Legislature. That’s why he decided to work under the Clean Air Act, instead. While the Clean Air Rule puts a cap on carbon, it does not put a price on it or charge a fee for carbon emissions. Unlike in California, where the state manages a carbon market system, Washington businesses will have to work amongst themselves to trade, buy and sell.

“We’re using our existing authority, our existing tools, and we thought creatively to come up with a system that we think gets us robust emission reductions,” said Sarah Rees, Ecology’s special assistant on climate change policy.

The Clean Air Act gives Ecology the power to fine companies that violate the new rule up to $10,000 a day. Bellon says the department will reserve such actions for egregious infringements, however, and instead hopes to work with companies that have difficulty complying to chart a path forward.

Critics argue, however, that using the 50-year-old Clean Air Act to limit carbon pollution steps beyond the law's intentions, and stretches the limits of executive power. “After failing to win support in the Legislature for a California-style cap-and-trade plan, Gov. Inslee is now side-stepping the legislative process by implementing this rule administratively, which we believe is a case of regulatory over-reach,” Kris Johnson, president of the Association of Washington Business, said in a statement. He also warned that the regulation will bring higher energy costs to consumers.

Bellon argues that carbon is a pollutant and she is “very confident that we have the authority to regulate pollution in the state of Washington.”

Ecology estimates that costs to consumers will be minimal. “Using worst case-scenario assumptions … electricity prices would go up in 2020 by about $16 a year per household,” said Stu Clark, Ecology’s air quality program manager.

The Clean Air Rule isn’t the only piece of climate policy under discussion. In November, Washington voters will decide on Initiative 732, which would put a tax on fossil fuels used and sold in the state. Polls show that as a tight race, however, meaning that at this point, the Clean Air Rule presents the only significant way for Washington to make progress toward the goals set in 2008.

“Right now, 732 isn’t on the books,” Rees said. “In the event it would pass, we would evaluate where we are in the rule. Theoretically our rule could continue in parallel, but I think we would want to take a look to see how it would interact and what would make sense for Washington State in terms of impacts on folks and getting emissions reductions.”

No one state’s actions will stop climate change, of course, and we’ve yet to see adequate legislation on the national or global levels. In fact, the political dynamics at play in Washington State are similar to the ones in the other Washington, not only in terms of the tensions between the legislative and executive branches, but also the controversy over the government's authority to regulate carbon as a pollutant.

The Clean Air Rule won’t rule out the continued impacts of climate change, but, officials say, we have to start somewhere.