How Martha Choe forged one of Washington's most influential careers 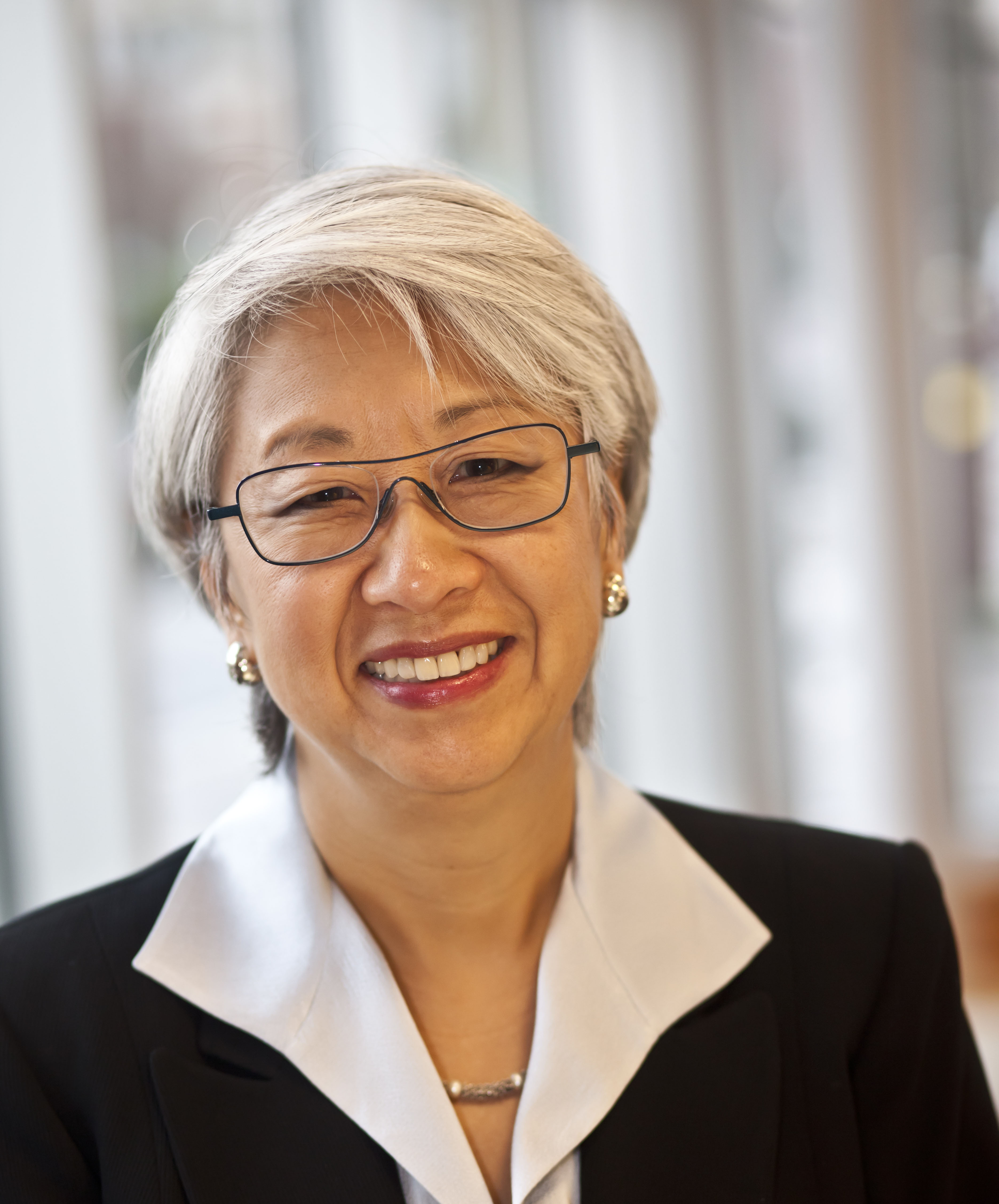 Following a dinner with policymakers and alumni in Tacoma on November 4, 1987, the president of Western Washington University, G. Robert Ross, boarded a small plane. Two of the school’s vice presidents, Jeanene DeLille and Don Cole, joined him. As they made their way north to Bellingham, home of their university, the pilot dipped low for reasons that are still unknown. The plane became lost in the fog, and that was the last anyone heard from its occupants. A later news report would say it “disintegrated” as it hit a forest, killing everyone on board.

The university of roughly 10,000 students was thrown into disarray and grief following the crash. And as WWU worked through the tragedy, the school turned to Martha Choe — then a banking executive in her early 30s and member of the college’s board — to play a key role in guiding the institution into its next chapter, chairing the search committee for Ross’ replacement.

For Choe, this event was the start of her career in leadership.

“Finding a new president is the most important thing a board can do,” she says. “I guess you can say that’s what started kind of pushing me toward public service and running for office, the work on that board.”

Never before had Choe been given such a serious responsibility, she says, or had a job so important to so many people. But for the rest of her career, this would become a theme: Choe is a person to be trusted with the jobs that mean something.

But none of these plans ever felt right to her. Looking back on her long and varied career — which ranges from teaching high school in Oregon, to exerting global influence as Chief Administrative Officer of the Gates Foundation, to serving as mentor to a significant number of state leaders, including a former aide who now serves as Seattle’s mayor, Ed Murray — the pursuit of influence has never shaped her decisions, she says.

“I’ve always had this rhythm that’s guided me, and helped me know what to say ‘Yes’ to,” she says. “It’s about being in accord with the universe, and how you listen to it.”

There’s often a tendency to define people by their jobs and how they pay the bills. Sometimes that's fair, as that’s where some people direct most of their thinking. But in discussing Eastern philosophy with Choe, it becomes clear that Buddhism is a central part of how she sees her life and its purpose.

Her practice as a Zen priest, she says, prevents her from holding on to a job when it’s time to let go, from settling for mediocrity when a bigger impact is possible, and from letting her ego determine her choices.

That’s not to say it hasn’t sometimes been challenging to "follow the right rhythm," as she puts it. When she was elected to Seattle City Council in 1990, Choe promised herself that she’d stay for only two terms, for example. But as that deadline approached, she “was surprised how tempted I was” to remain in Seattle government.

“You get caught up in your ego,” she says. “You see all the other councilmembers leaving as well, and you think, ‘What will the council do without me?’”

Another example came in 2004, after she'd helped spearhead one of the biggest economic initiatives in state history. Following her second term on city council, Choe was tapped by then-Gov. Gary Locke to serve as the director of the Washington State Department of Community, Trade and Economic Development, today's Department of Commerce. It was a high-pressure position, which included leading trade missions around the world, and helping Washington successfully compete with 47 other states to win the assembly of Boeing’s new 787 Dreamliner.

Fighting to keep Boeing jobs in the state — which led to Washington passing the largest tax cut in U.S. history for the company — was stressful, she says, and afterward she planned to take a sabbatical for up to a year.

But the powers-that-be had one more job for Choe. When Patty Stonecipher, then-CEO of the Bill & Melinda Gates Foundation, caught wind that Choe was eyeing a departure from state government, she initiated a lobbying campaign to poach Choe and bring her into the philanthropic organization. Choe says she rejected these advances multiple times, but the Gates Foundation was persistent.

Choe joined the organization as director of the Global Libraries initiative in 2004, a program that treats libraries as tools for promoting democracy, health and economic mobility around the world, particularly as a means of accessing the internet.

Four years into her tenure, however, the foundation started preparing for a period of rapid expansion. To help them navigate these waters, Choe was promoted to chief administrative officer. During her time in the position, the foundation roughly doubled its number of employees and opened new offices around the world.

"When it comes to leading people and managing difficult problems, Martha was definitely 'in the major leagues' (to use a baseball expression that I think she would appreciate being a big Mariners fan)," wrote Dick Lake, Director of Global Security for the Gates Foundation, in an email. "In addition ... she never lost sight of the fact that the purpose of our work was ultimately about making a positive difference in the lives of people. I saw that passion often whether in Seattle or out in the field.  Her dedication was infectious and inspiring to those of us who had the privilege of working with her."

Choe left the Gates Foundation two years ago, describing 10 years at the organization as a “nice round number” on which to end. She says joining the foundation didn’t seem like a good fit initially — a deviation from the rhythm she'd expected to set — but the possibilities it presented proved irresistible.

“Usually in government, you have so many excuses to hide behind,” says Choe. “You don’t have the funds. You don’t have the right people or the right leadership. The Gates Foundation was just too exciting and terrifying an opportunity to pass up. You didn’t have any place to hide from when it comes to making a maximum impact.”

Following her departure, Choe, 61, has done some traveling, and thrown herself back into service to the Puget Sound community. As the daughter of immigrants from South Korea, she’s worked to increase the influence of the region’s Asian community throughout her career, and to help address their issues. She continues to do so through such efforts as mentorship and voter registration campaigns.

“The mobilization of young people right now is so important,” she says. Choe is heartened by the activist movements demanding more rights for immigrants and minorities in the U.S., even if their actions are often rooted in anger and frustration toward stalled progress. That is far more welcome, she says, than cynicism. To believe in change is to be optimistic on some level.

“There are many stories of failure, to be sure, but there is real progress being made,” she said in a recent commencement address to the Evans School of Public Policy and Governance at the University of Washington. “Those recurrent themes of optimism (a hope that tomorrow can be better), partnerships (you can’t go it alone), and innovation (something as simple as an empty water bottle with a straw or as complex as a rotavirus vaccine) are the underpinning so much of public affairs and public policy.”

Starting with her work on WWU’s board, Choe says responsibility has been foisted upon her again and again for decades, and she feels grateful for that. But now she has time to be more reflective, and is letting her next steps reveal themselves, rather than rushing them to coalesce. She’s giving that rhythm of her life a lot of thought, she says.

“The only true reality is that change is real,” she says. The practice of Zen, she says, “allows you be comfortable with that change, but as humans I think holding on is so natural … The key is to remember there’s no separation between other people and you, and that connection between people is very deep in a profound way.”

Strengthening that connection, says Choe, is where the work with true meaning lies.