Amid election nastiness, a rare moment of civility 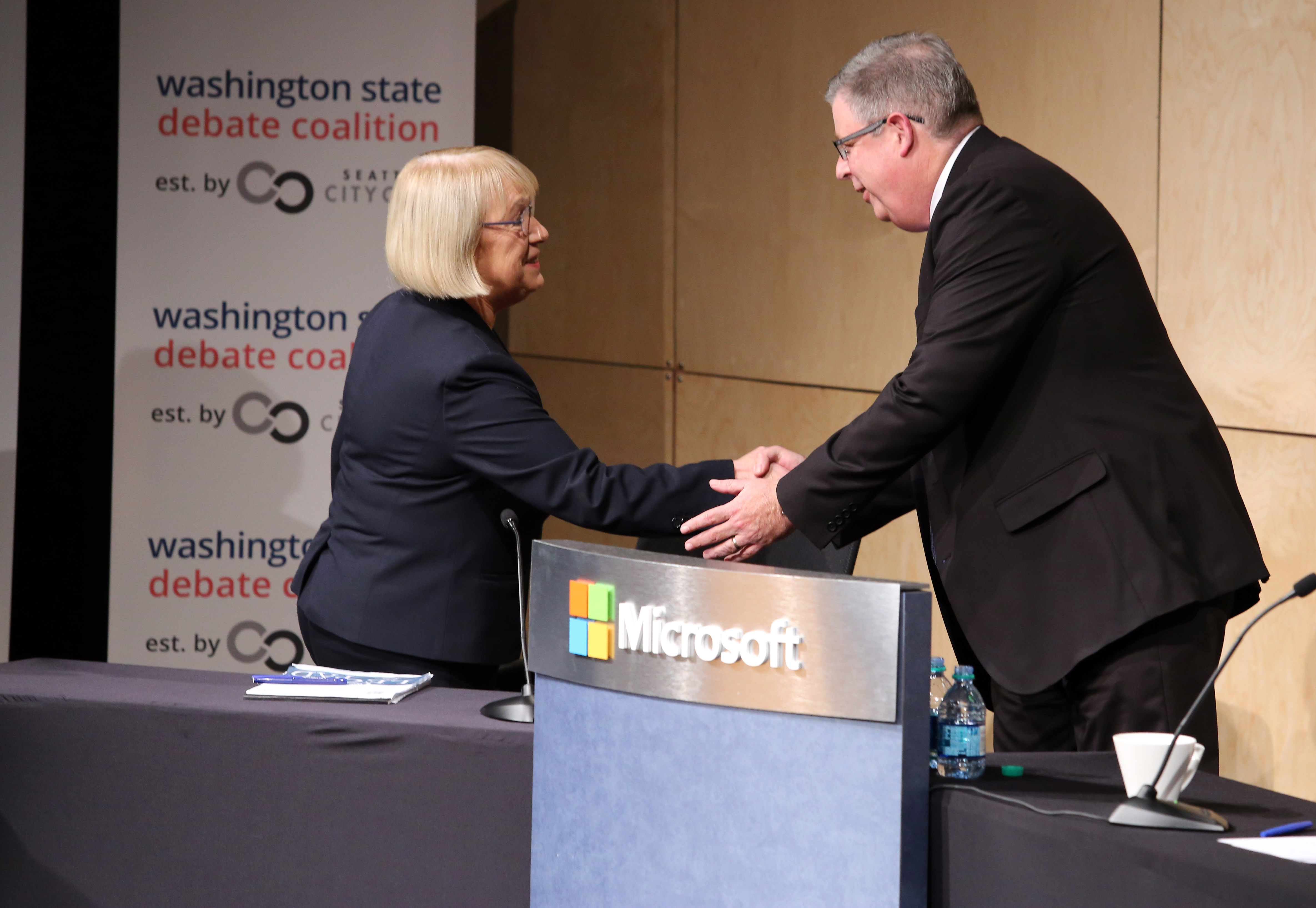 Polls show this is a not a real contest. Murray is expected to win handily. She has become a senator for the whole state, not just the Democrats in the Puget Sound region.

So it was respect for civics and tradition that permeated a mannerly, substantive debate between the candidates Sunday evening. That and the alternate reality of the Seattle Seahawks simultaneously stinking up a game on a different channel. Call the schedulers, if you have a minute.

Murray and Vance are two eminently likable people who do not give in to the partisan rancor that overshadows our current politics. They can both easily work with members across the aisle. Heck, they would work well with one another.

Vance, for example, was one of the first and most vociferous of the Never Trump people in Washington state. He re-stated that enthusiastically again in the debate, adding with a chortle, “This has been a very difficult year to be a Republican.’’

Vance is blunt in a way that probably hurt his Senate campaign but raises his credibility. He agrees with Murray that Senate leadership should work jointly with President Obama to fill the vacancy on the U.S. Supreme Court, for example — a position that puts him at odds with much of the Republican base.

There’s something else working against him in this contest: The fact that, while many people detest the larger institution of Congress, they tend to like their own representative and senator. Murray won August primary support in several traditionally Republican counties in Eastern Washington.

The state’s senior senator has come a long way. When she was first elected in 1992, expectations were extremely low. The Mom-in-Tennis-Shoes as she called herself wasn’t supposed to stick around.

But Murray is a profile in work-horse success. She pounded out the hours, mastered issues like veterans’ needs, education and budgeting, and climbed into her current position as the fourth-ranking Senate Democrat. She has worked across the aisle on many occasions, most notably with House Speaker Paul Ryan on the budget.

In the debate Sunday night, Murray oozed confidence in many comfortable debate answers that proved how well she knows her stuff. She made no apologies, for example, for her support of Hillary Clinton. She recalled working with Clinton on children’s health insurance.

Vance tried to turn her tenure into a negative, arguing that if you want change, you have to vote for it — you have to elect different people, like him, for example. He hammered away on the federal debt, arguing that any new government spending must be balanced against the drain on the economy created by the debt.

But to pretty much everyone else, Murray is “our Patty.’’ If Democrats regain control of the Senate, a possibility if not likelihood, she would be No. 2 or 3 in Senate leadership and have her pick of a few impressive committees.

She may have an opportunity to chair the powerful Senate Appropriations Committee or lead the Committee on Health, Education, Labor, and Pensions, which Bernie Sanders also desires. Either one of them would presumably use the post to make college more affordable or help ease student debt.

Murray pledged to focus on “middle-out economics” that buoy the middle class. She has time to make plans for her next term, as she’s not breaking much of a sweat in the race against Vance.

How much has this race turned into a non-event? Murray sent $1 million from her sizeable campaign fund — Vance has very little money to work with — to boost other Democratic Senate candidates around the country facing a bigger challenge.