Can Washington reduce the high number of maternal deaths? 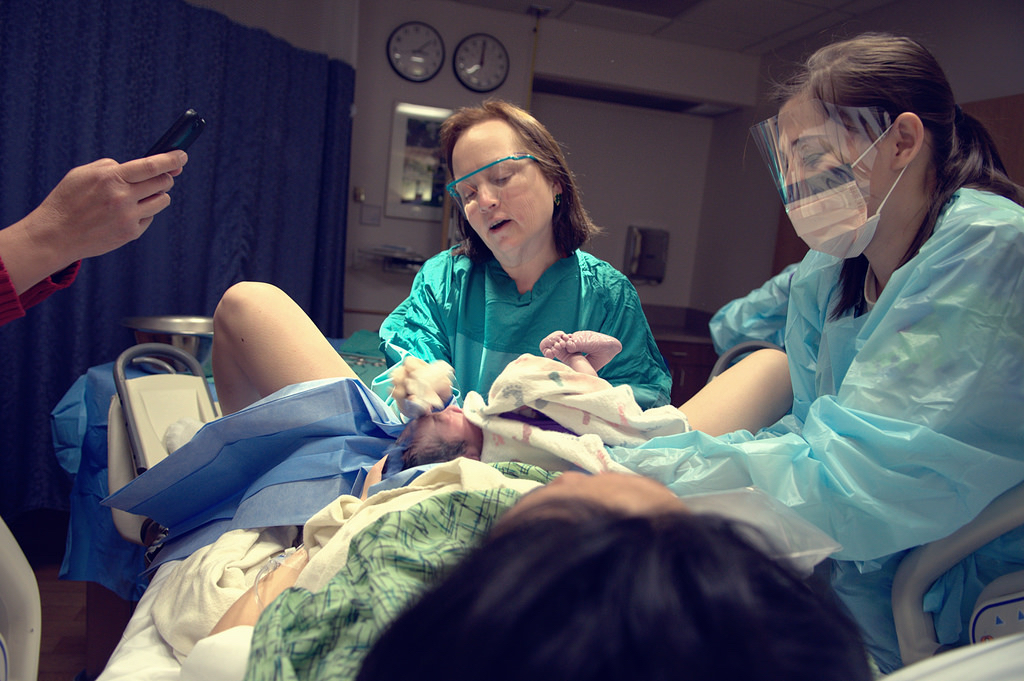 Researchers and policy makers are trying to figure out all the factors that assure a happy delivery outcome for mother and child.

A woman is more likely to die in childbirth or as a result of it here than in, say, Turkey.

Really. In fact, the maternal death ratio nationally — the rate per 100,000 live births at which women die from causes associated with childbirth — is higher than that of any other developed country in the Organization for Economic Cooperation and Development except Mexico.

Nationally, Northwestern states perform no better than most others, falling in the lower middle. Our neighbors in Oregon are number 31 among all U.S. states. Here in Washington state, we're number 30. Whoopee.

Worst-case numbers assembled for the 2016 Legislature puts Washington's maternal death rate as high as 18.3 per 100,000, which translates to eight actual deaths per year, says Cathy Wasserman, the state Department of Health's non-infections conditions epidemiologist and an affiliate assistant professor at the UW School of Public Health. But, she says, that's too high.

The Washington rate does fall well below the average of 23.8 deaths per 100,000 births in the District of Columbia and 48 states. (That calculation excludes two outlier states: California, which does much better, and Texas, which is much higher and headed toward the levels of next-door Mexico.)

Overall, the U.S. has experienced rising rates of maternal deaths in recent years, even as the rest of the world has seen improvements.

"One of the United Nations’ Millennium Development Goals was to reduce global maternal mortality by three-fourths between 1990 and 2015," a New York Times editorial noted recently. "The world missed that target but still reduced maternal mortality by 45 percent. Set against that progress, America’s record is unconscionable."

And it's not entirely clear how to change that.

"We know enough science to care for almost all complications that arise" in or because of pregnancy and childbirth, says Dr. Nicholas Kassebaum of the University of Washington's Institute for Health Metrics and Evaluation (IHME). "What we don't know enough about is the science of how to get it to people who need it."

What's going on? “The first time I saw our results for the United States, I thought there must be some error,” Kassebaum told the New York Times. But there wasn't.

The relatively low number of deaths makes a fine-grained statistical analysis difficult but should make it relatively easy on a state level to look at individual cases.

The American rise in maternal deaths seems to track the American rise in obesity and diabetesLogically, they're connected. But the statistics show only that they have occurred at the same time. Are we looking at cause and effect? "We definitely see a temporal correlation," Kassebaum says. He and others certainly suspect a causal connection. "When I talk to obstetricians and gynecologists," he says, "most of them have a 'well, yeah, that's pretty obvious to us' kind of reaction."

Science, however, still lacks adequate information about the interplay between obesity, diabetes, high blood pressure and maternal death, Kassebaum says. At the very least, the correlation is, as Kassebaum puts it, "compelling enough" that someone should take a closer look.

No one else in the world looks at such a wide array of health outcome statistics as the IHME, which was founded in 2007 with money from the Gates Foundation and the state. "It takes a while to wrap your mind around" the array of data, Kassebaum says, "but when you do it's pretty exciting."

Nevertheless, Kassebaum says, "It's really tough to do statistics when you have an event that's so rare. One of the ways to get around that is [to create] maternal mortality review boards." Those can ask: "What are the commonalities among the women who died?"

Arguably, the fact that the United Kingdom has had such a panel since 1954 helps explain the UK's very low rate of maternal deaths — less than one-quarter of ours. But, also arguably, gathering such information could be much harder here in a country without a national healthcare system like Britain has.

Still, individual states have started forming such panels on their own. Kassebaum says that in 2008, when he started on this research, only eight states had them. Now, a couple of dozen do.

One is Washington. Last spring, the Legislature established a state maternal mortality review panel to look at the specifics of every maternal death. The panel's first report is due next July. Under the terms of the Legislature's measure, the group will sunset in 2020 unless lawmakers decide to fund it beyond that date. Dr. Wasserman of the state Department of Health says that even if the Legislature turns thumbs down on future funding, the panel will have analyzed almost 10 years of data and should be able to help the state's health care system improve its practices from pre-natal care through devliery and beyond.

The Washington State Medical Association, Washington Chapter of the American Congress of Obstetricians and Gynecologists, and the Washington State Hospital Association lobbied for the bill. It's a subject that people in the obstetrical and hospital communities have grown very aware of, Wasserman says. The numbers may not be large, but "these are deaths that are largely considered preventable," she says. And they are only the tip of an iceberg of mothers and infants who experience serious health issues. "Every one of these deaths," she says, "represents more instances of severe morbidity."

"Historically, we haven't had all the information that we've needed," Wasserman says. Researchers haven't been able to see "the whole sequence of care: When was a complication identified? Was it identified when it should have been?" And if so, did the patient receive all the proper care? For her, the really exciting part about the new law is that "it will give us access to the medical records."

What counts as a maternal death? The state counts every death of someone who has given birth within a year and hasn't died of some clearly unrelated cause such as a car crash or cancer. That may be both too broad and too narrow. The classic reasons for which women die in or shortly after childbirth — hemmorhage, infection — are what one tends to think of, but a lot of deaths can be attributed to other causes. And it’s way riskier to have a kid if you're over 45, but more and more women are doing it. The raw number of deaths attributable to age is therefore increasing, but the death rate among older women is not.

There are also some pretty big unknowns. Washington's current statistics don't capture deaths related to miscarriages or ectopic pregnancies, Wasserman explains. Nor do they include suicides brought on by postpartum depression. The new panel could choose to include suicide, Wasserman says, but it doesn't have to.

Kassebaum of the IHME says the inclusion of postpartum suicides is very controversial. Finland led the world in looking at it. But different U.S. states take different approaches, and whether or not to count a suicide is tricky, he explains: How many women would have committed suicide even if they hadn't become pregnant? It's hard to say. And, he explains, although a maternal suicide devastates a family, and everyone knows by now that such things happen, it's still so rare that statistics don't really clarify much.

Access to health care also contributes. Kassebaum observes that without access, a woman is more likely to get pregnant, and more likely to have trouble when she does.

You don't have to visit Britain or Germany or the Netherlands to find a country with much lower maternal death rates: Just drive across the Canadian border at Sumas. What are the key differences between the U.S. and Canada? Kassebaum suggests looking at "the socio-demographic differences,"—specifically at home and our economic "inequality, [its] lack of universal care."

Canada's maternal death rate is less than one-fourth as high as ours.