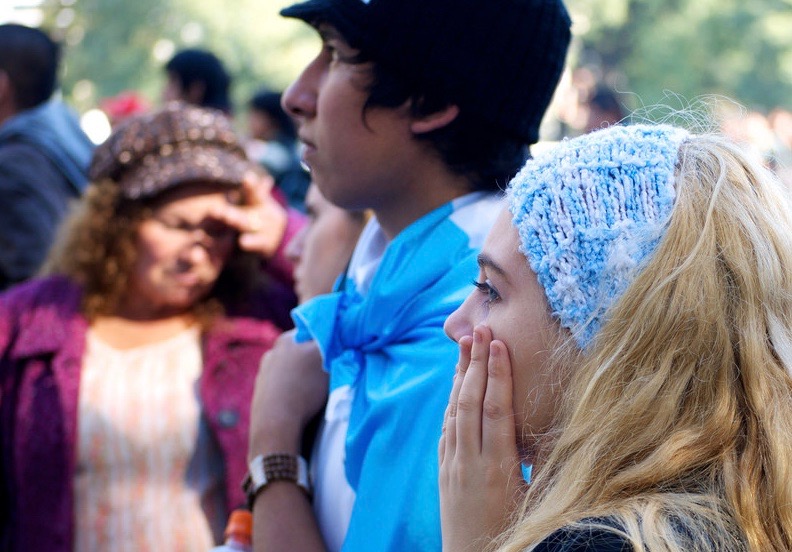 The presidential election is past but also very much with us, judging by the things I’m hearing every day as a psychotherapist. My colleagues say the same. Yesterday, I found myself telling someone that if anyone tries to deport her precious grandchildren I will join her in fighting to protect them: not a typical day in the office.

My colleagues and I agree that we’re seeing a surge of fears, especially among our clients of color and immigrants, and recurrences of traumatic stress symptoms in survivors of sexual assault and domestic violence.

In Seattle, an island of blue where only 8 percent for Donald Trump, people are depressed and anxious. With protests in the streets and a large majority awash in far more election-loss angst than usual, there is a widespread sense that life as usual has been disrupted.

According to Michael Reading, the Director of Crisis Services for the local Crisis Clinic, the number of calls has not increased since the election, but the content has been “heavy,” “very much related to people who had been victims of relationship abuse and sexual assault, and people concerned about their health care under the Affordable Care Act.”

Reading noted that the Crisis Clinic has not seen the kind of increase in suicidal thoughts that has been reported elsewhere, particularly among transgender youth — a fact that he attributes to Seattle’s being seen as a “very accepting” city.

Reading encourages anyone who feels distressed or isolated to call the 24-hour Crisis Line, where volunteers are available to listen. “Talk about your feelings, talk about your concerns," he says. "Talking it out is a very powerful tool.”

Based on what I’ve been seeing in my own practice and hearing from colleagues, here are some further ideas on how to navigate the uncharted waters of mental health for a blue city in a Trump era:

1. We will all need very broad permission to feel whatever we’re feeling: Including feeling terrified, numb, like a mess, hopeless, hopeful, unsympathetic, rageful, wordlessly agitated, just like we’re 5 years old again, as well as comforted, hypersensitive or irrationally happy. There is no right way to feel, but we will all get better sleep at night (which is very important) if we can at least have broad amnesty for feeling unusually wide-ranging or intense emotions.

2. Don’t unfriend your friends right now: Your friends (and family) deserve the same amnesty that you deserve to have unusually wide-ranging and intense emotions. But feel free to take breaks from talking with them, if they’re really bugging you.

3. We’ll need to get better at living with fear: When people are thinking about questions such as, “Will they really force all Muslims to register, and if so, what will I do?” it naturally activates the fight-or-flight systems in the nervous system. Fight-or-flight is a very important mode that allows us to respond to actual threats to our safety. Unfortunately, it only serves us well when it’s intensely short-term.

When we feel chronically threatened, fight-or-flight hormones begin to cause harm, producing inflammation, depleting energy reserves and also playing havoc with relationships. Anyone in a state of fight-or-flight arousal is *not* able to listen or communicate very well, to problem solve, digest food or sleep, which, again, is very important. During stressful times we need sleep more than ever, to repair and replenish.

So it is important not to spin out on fear, but to treat it like an animal that needs respectful, caring attention. If a terrified rabbit turned up in your living room, you wouldn’t yell at it; you would be still, talk in a quiet, friendly tone, and try to wrap it up in a towel to soothe it. If your own heart pounds, try to treat it like a frightened rabbit.

Try breathing in normally and breathing out slowly, as this will naturally bring your nervous system closer to being balanced. If you feel like yawning, yawn away — another wonderful natural regulatory mechanism the body uses to bring us back from fight-or-flight. Feel your feet on the ground, feel the ground under you, make sure to drink fluids and eat something nourishing if you can. Call a friend or take a walk.

4. Remember that you’re not alone: Many people in this country have been feeling afraid for various reasons long before this election, and many people right now feel just as bad as you do. As Mr. Rogers said, look for the helpers. You may feel better by finding a way to be one of them.

5. Don’t be too hard on yourself for relapsing: In a time of widespread stress, a lot of people in recovery will relapse. This probably has something to do with a natural human reaction of hurting oneself because of past trauma. Of course this is awful, but beating yourself up will only make it worse. Shame is a well-known relapse trigger. Don’t dwell on shame; do try to get support and get back in recovery as soon as you can.

6. Don’t make permanent decisions right now: Especially about harming yourself or someone else. Try to hold some space in your heart for the you of a year from now, who matters too.

7. Be careful about social media: I could tell you to disengage from social media because, in terms of your limbic brain, it’s just no substitute for in-person relating. But not a whole lot of people would find that advice very useful.

What I will say is to try to pay attention to how you feel while you’re using social media. Are you feeling a warm glow of connecting with friends, family and people you enjoy? That sounds good. But if you’re getting agitated, having fruitless arguments with strangers or if you find yourself ruminating about a Facebook post instead of sleeping at night (because sleep is very very important!), then try to switch to something less disturbing to your peace of mind. Watch a movie. Call a friend. Give money or time to a good cause. Eat something, please!

8. You may feel paradoxically much better: Some people who experience anxiety or depression on a daily basis may notice their mood lifting, as they feel less alone in being upset. Don’t worry about it; this is a normal reaction that has often been noticed in even more dire times than the ones you suspect we’re living in already. Enjoy it while it lasts, but get some sleep and call a friend, too. Or call the Crisis Clinic. Their volunteers are pretty great, and would love to hear from you.