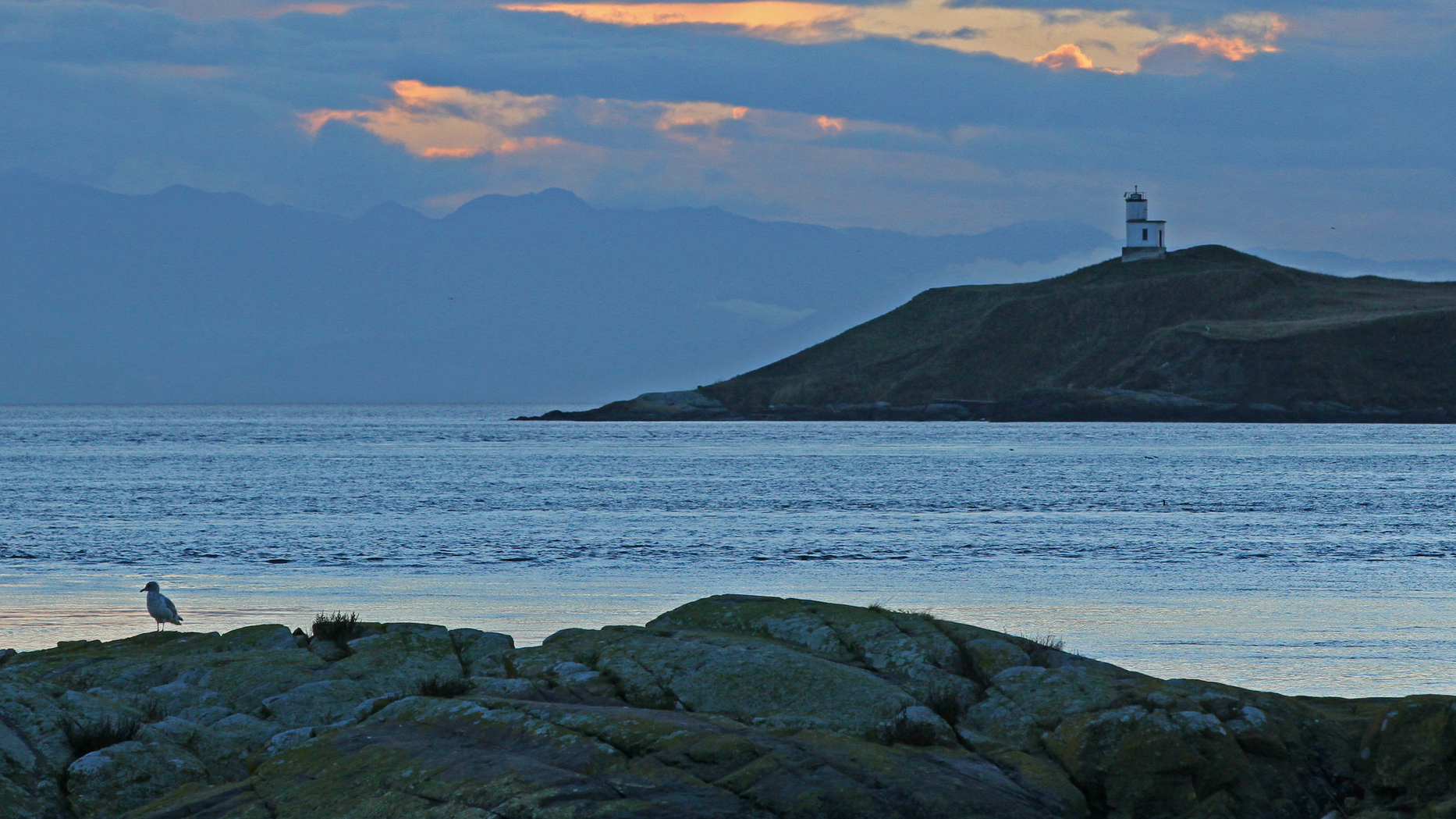 There is a dichotomy that defines the Salish Sea, the network of waterways that includes Puget Sound, the San Juan region, and southwestern British Columbia. These deep, protected waters serve as habitat for a diversity of marine species and its natural harbors can accommodate even the largest ships. The waters are defined as both an estuary of national significance by the US Environmental Protection Agency and a “high volume port” by the U.S. Coast Guard, due to its status as a major oil-refining center.

More broadly, the Salish Sea serves as an economic and cultural hub for the region’s more than 4.7 million people, including 19 federally recognized tribal governments. And these waters are being put at significant risk by the largest pipeline expansion currently proposed in North America.

The proposed threefold capacity increase of the Kinder Morgan Trans Mountain Pipeline, connecting tar sand-derived crude oil from Alberta to an oil tanker terminal near Vancouver, poses the single largest threat of a major oil spill to the Salish Sea. There is also a spur from the pipeline that connects directly to four Washington refineries near Bellingham and Anacortes.

If approved, the pipeline's capacity would increase from 300,000 barrels a day to 890,000 barrels per day. This expansion would result in a sevenfold increase in the number of oil tankers plying the trans-boundary waters between the Canadian Gulf Islands and the U.S. San Juan Islands.

For perspective, the controversial Dakota Access Pipeline, currently the subject to protests, would potentially carry 575,000 barrels per day of oil. The Keystone XL Pipeline, which was defeated in November 2015, would have carried 830,000 barrels of tar sand-derived oil a day between Alberta, BC and refineries in Texas.

Unlike these projects, there has been very little news locally about the expansion of Trans Mountain pipeline, despite being 60,000 barrels a day larger than the Keystone XL pipeline and the final permitting decision is expected in December from the Trudeau Administration.

Though not noticed by most US media outlets, there has been growing opposition to this project on both sides of the border. Possibly in response to this, on November 7, while United States citizens were focused on the political fate of the nation, Canadian Prime Minister Justin Trudeau announced a commitment of $1.5 billion to create a "world-leading" marine safety system across Canada “to advance responsible shipping, restoration of marine ecosystems, strengthened partnerships with Indigenous communities, and decision-making based on oil spill cleanup research and best practices nationally.“

However, many observers believe such a bold commitment was tied to creating the “social license” to approve the expansion of the Trans Mountain Pipeline and other pipeline proposals across Canada.

The tankers bound to and from the BC terminal would ply channels with swift currents and sharp turns, making navigation challenging, particularly through the critical habitat for the endangered southern resident orcas. The whales are found along the shipping lanes for the same reason sport, commercial and tribal fishermen are – salmon. While we have had few major oil spills in these waters, there have been numerous serious incidents that rarely get reported. But it only takes one major spill to render this totem of the Salish Sea extinct.

If the expansion of the Trans Mountain pipeline is approved, tankers moving unrecoverable sinking oil near the San Juan Islands would increase from one per week to over one per day. This would result in a 800 percent increase in the likelihood of a 20,000 barrel or larger spill over the next ten years in Haro Strait/Boundary Pass.

Tankers are not the only ships moving oil through these waters, and these ships have had a troubling record of recent accidents. Between 2011 and 2013 there were seven serious incidents involving barges, four carrying oil, in Rosario Strait. In 2015 alone six tugs have sunk in nine incidents in Canadian waters. In 2016 four barges grounded in Canadian waters.

All but one of these incidents resulted in an oil spill, and serve to highlight our risk exposure. The risks and needed prevention measures associated with moving tar sand-derived crude oil by barge from the Kinder Morgan Terminal to the US Oil refinery in Tacoma is well documented in an April 2016 report written for Friends of the Earth.

Ironically, on October 18th, while federal, state and tribal leaders were signing an memorandum of understanding to address the threats posed to the Salish Sea, tribal leaders in British Columbia were trying to mop up 50,000 gallons of oil that spilled when a US tug pushing an oil barge ran aground in Northern B.C. The traditional resources of First Nations were highly impacted.

The same day as the MOU signing, the Department of Ecology convened an oil spill prevention workshop with representatives from U.S. and Canada. The top three priorities identified were to provide tug escorts for oil barges, station an emergency response tug near the San Juan Islands and to create a bilateral forum to improve oil spill prevention and response efforts across the border.

The state legislature needs to implement these recommendations this coming session before the next barge incident.

Despite Prime Minister Trudeau’s recent promises to create a world-class oil spill response system, the best way to mitigate the largest risk of an oil spill is to stop Kinder Morgan’s pipeline expansion. It is a clear threat to U.S. waters, but unlike the Keystone XL pipeline, there is no formal role for State Department engagement in the review.

Recently, there has even been a discussion about an alternative way to get the oil to market, as a way to avoid the opposition that has been mounting in Vancouver. This would involve increasing the amount of oil that flows through the pipeline that connects to Washington refineries. Rather, there is ample existing pipeline capacity in Canada to get Alberta oil to market without having to put additional habitats in Washington or British Columbia at risk (other than the climate).

Given these facts, it’s a critical time for Senators Murray and Cantwell to hear from their constituents about the beauty and bounty of the Salish Sea. They need to be urged to express to their Canadian colleagues the unacceptable risk posed to Washington waters by the Trans Mountain Pipeline expansion before the December decision deadline. Even without formal State Department engagement, our strong political and economic ties with Canada affords them ample leverage.

We must do all we can to protect the Salish Sea from such a clear threat. If we fail, the balance of the Salish Sea dichotomy will be forever tipped from recovery to scarcity.