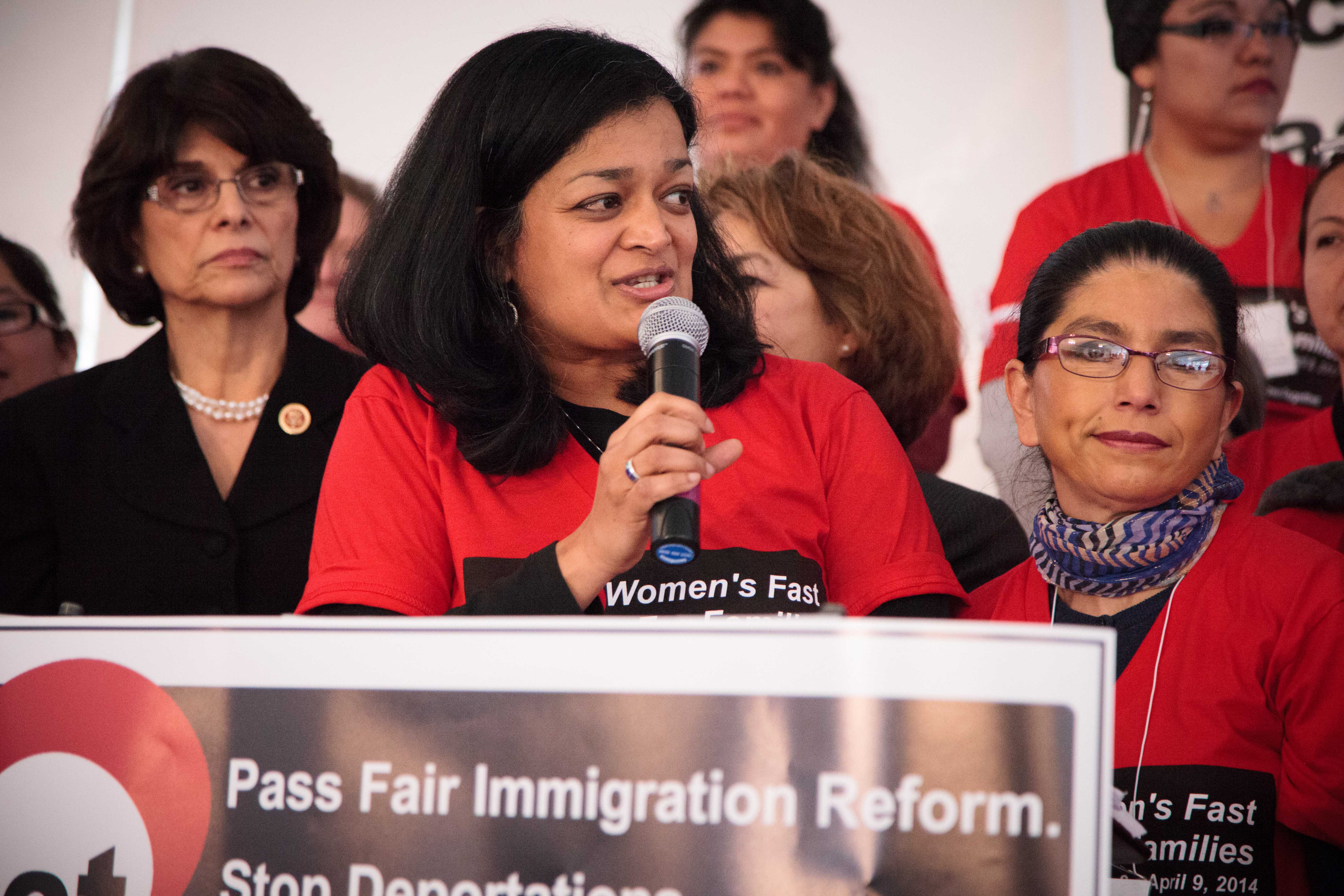 It wasn’t an “October surprise,” exactly. But the ongoing skirmish between congressional candidates Pramila Jayapal and Brady Walkinshaw — featuring a TV ad that links one candidate to Donald Trump — has become Puget Sound’s small contribution to the dramatic election season.

After a Walkinshaw ad accused Jayapal of being “ineffective,” Jayapal’s campaign rallied the troops to throw a counter-punch, calling Walkinshaw’s tactics Trump-like and demeaning to women, even while quoting Michelle Obama that “when they go low, we go high.” It was a Balboa-like uppercut that, for many, did not quite connect. In fact, the response to Walkinshaw’s advertisement seems to have garnered more press than the ads themselves.

We asked prominent local political consultants Cathy Allen and Ron Dotzauer to weigh in on the incident, and what, if any, will be the windfall. Both were skeptical of the Jayapal response and the strategy behind it.

Dotzauer, who’s agnostic on the race, thought Jayapal’s accusations were an overreach. Allen, who was an early Walkinshaw supporter before flipping her vote to Jayapal, felt Walkinshaw’s initial ad wouldn’t have gained traction on its own.

Neither were convinced it would necessarily change the race in any meaningful way.

Walkinshaw’s ad leaned heavily on several accusations: Jayapal had missed the final budget vote, the nonprofit FiscalNote had rated her as the least effective senator in Washington State and she doesn’t live in District 7. It was a shot across the bow in an otherwise friendly contest between two solidly progressive candidates.

The Jayapal campaign complained that accusing a woman of being “ineffective” has undertones of sexism, as women are more likely than men to be scolded for flying too close to the sun. Dan Savage of the Stranger called the attacks “thin gruel.”

Thin gruel or not, though, Allen and Dotzauler both called Walkinshaw’s ad “fair.”

“I’ve been ranting and raving about this,” said Allen, a longtime political consultant and friend of Jayapal’s. “I was with Pramila the day she saw the (Walkinshaw) ad and I said, ‘Fair game.’… I went ahead and said leave it alone. Don’t jump at it.”

That’s not to say Allen disagrees with Jayapal. “Everything she said was true. But what I also know is that only 16 percent of people think showing up for a vote is why you support them. Most people don’t look at it as a measure or check off for why you would choose someone for office.”

Dotzauer, the CEO of the consulting firm Strategies 360, is adamant that he has “no dog in this fight.” He said Walkinshaw’s ad was “classic” in its ability to get a rise out of Jayapal’s campaign.

“Sometimes you throw a bunch of stuff on the wall and you see what sticks to get your opponent to react,” he said. “Nine out of 10 times they don’t, but when they do it’s a winner. By the (Jayapal) campaign doing what they did, they elevated his candidacy. Headlines help him because he doesn’t have that much else going. She had clear momentum going in.”

Indeed, Jayapal has more money and the high-profile endorsement of Bernie Sanders on her side. She took 42 percent of the primary vote to Walkinshaw’s 21 percent.

It’s hard to say whether the dynamic of the race has truly been impacted, because there hasn’t been any public polling since the exchange. Dotzauer said that Jayapal is still the favorite in the race.

Allen believed the ad hadn’t shifted the race, but that it was closer than people gave it credit for.

"What I have heard is that people do, to her credit, say he’s the one who went negative," says Allen. "To his credit, they’re remembering the actual specifics (of the ad)."

As evidence that the ad has done it’s job, just look to The Stranger. This week reporter Heidi Groover, a professed Jayapal supporter, published a long article fact-checking all the times Jayapal has stretched her own accomplishments.