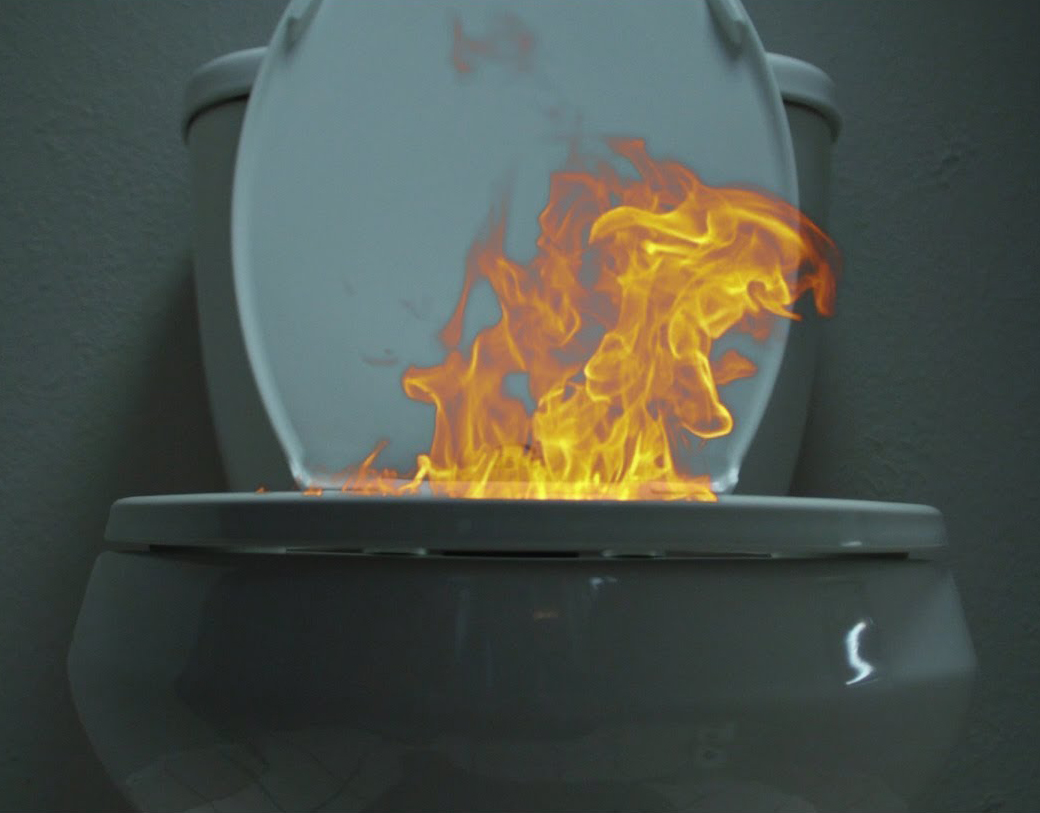 There are a lot of reasons to feel crappy about America right now — the fact that we just took a yuuge step back on climate action among them. But here's a bright spot: Soon, we may be able to turn America’s crap into fuel for cars, trucks and even airplanes.

Using a technique called hydrothermal liquefaction, researchers at the Department of Energy’s Pacific Northwest National Laboratory (PNNL), based in Richland, Washington, have figured out how to transform sewage sludge into a biocrude that can be processed at conventional petroleum refining plants and turned into gasoline, diesel or jet fuel.

Burning this fuel still produces greenhouse gases, but transforming our waste back into energy results in lower net carbon emissions than using fossil fuels pumped or mined from the earth. And sewage fuel is most promising as a replacement for things like jets, which can’t run on electricity or batteries.

In a nutshell, hydrothermal liquefaction mimics, and greatly speeds up, the natural process that takes place under the earth over millions of years that turns ancient phytoplankton into oil. It entails putting the poop into a tube, and then pressurizing it to over 200 atmospheres and heating it to over 650 degrees Fahrenheit. This breaks the sewage goop’s carbon chains down, finally resulting in an aqueous liquid and a biocrude similar to the petroleum that’s pumped out of the ground— “something that could be refined at the existing petroleum infrastructure,” PNNL spokeswoman Susan Bauer explains.

The technology was first developed in the 1970s and ’80s, primarily with algae in mind. But, it turns out, most of the U.S. doesn’t have a great climate for algae farms. Over the past few years, companies developing algal biofuels have struggled to figure out how to grow algae at scale in an economically feasible way, and many of them are dropping out of the game.

“We had this idea because [sewage sludge] has the same biochemical profile as algae, the same ratio of lipids, carbohydrates and proteins,” explains Justin Billing, a chemical and biological process development engineer with PNNL.

Billing and his team began experimenting with fecal fuel in 2015, and found the first few runs to be “surprisingly successful.”

Because this type of biocrude doesn’t rely on growing anything — only on collecting stuff we can’t help but produce — it could end up being way less expensive than other biofuels. While algal diesel costs $12-15 per gallon to produce, sewage sludge starts around $5 a gallon, Billing says. (Under certain scenarios, both fuel types could supposedly get down to $3 a gallon).

“The capital, the infrastructure is already there,” Billing says. “Sewage is already centrally located, and already collected into a useful slurry.” Yum.

The actual burning of fuel made from wastewater sludge doesn’t result in fewer carbon emissions than burning conventional fossil fuels, but biofuels are renewable and take less energy to produce. Over the whole life cycle, wastewater biofuel results in 55 to 70 percent less greenhouse gas emissions compared to petroleum. In part, that's because the way it stands, a lot of our sewage solids eventually end up being transported from wastewater treatment plants to landfills, where its decomposition produces carbon dioxide and methane.

Of course, Canada is beating us to actually using the technology: Metro Vancouver, of British Columbia, wants to have the first wastewater treatment plant to start using PNNL’s methods to turn its sludge into fuel. They are developing an $8-9 million (Canadian) pilot project, which they hope to start building in 2018.

According to PNNL, the U.S. treats about 34 billion gallons of sewage every day, which could be turned into up to 30 million barrels of oil a year. Every single one of us could generate up to two or three gallons of biocrude a year. Which is to say, the U.S. is pretty deep in shit right now. So we might as well make use of it.