To fund Seattle parks, this vet will run across Antarctica 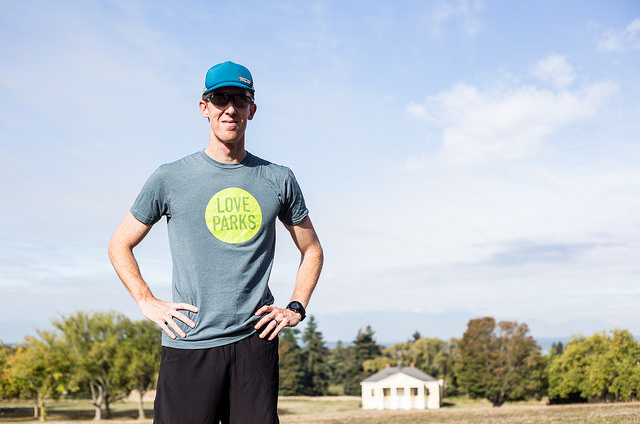 Update:  Seattle's Kyle McCoy finished first at the 4 Desert's Last Race in Antarctica. He completed 250 kilometers in total and raised some $75,000 in funds for the Seattle Parks Foundation. The former Army Cap claimed it was a day that he would never forget. In a Facebook post shortly after he finished, he wrote, "This is a day I will absolutely never forget."

In Antarctica, no less. It's a place that even an organization promoting adventure running and marathons there describes as “the coldest, windiest, highest and driest continent on the planet.”

His running will be for a good cause: raising money for the Seattle Parks Foundation. For McCoy, a Seattle investment banker, supporting nonprofits' work and challenging himself with difficult runs in remote places just seem to go together.

“For whatever reason, I have always liked to test my absolute boundaries, both physically and mentally,” McCoy says. “I’m also just curious to meet the other people that would do these races, 'cause they just prove to be fascinating in so many ways. And, this sounds a little clichéd, but I just want to see the world. My wife and I have a mission to see a hundred countries, and this was an easy way to see what otherwise would have been pretty inaccessible in the world.”

McCoy, a 2001 graduate of Gonzaga, ran in high school and college, and kept running in Afghanistan, where he finished four tours of duty, according to the university’s alumni magazine. He got hooked on long distances after running the New York City marathon in 2007.

Since 2010, when he raised $15,000 for United Way of King County, McCoy has combined his love of ultra-marathon running with raising money for worthy organizations. In 2013, he pulled in a little over $25,000 for the military nonprofit, United Service Organization, with a seven-day run in Chile. In 2015, he raised some $55,000 for the Trust for Public Land.

Erin Miller, development director for Seattle Parks Foundation, says, “This year we were so honored that Kyle picked us as the beneficiary for this race.”

The choice was pretty natural. McCoy is a board member of the parks foundation, which supports community-led public space initiatives and works with the public to improve, build and sustain local parks.

“I look at my 2-and-a-half-year old and she’s obsessed with parks right now,” McCoy says. “Whenever we walk past a park, it’s like she has a park radar."

Plus, he says, "The world is urbanizing pretty rapidly, and Seattle is among the forefront of urbanizing cities. And parks can be left behind pretty quickly, if we’re not paying a lot of attention to it, which is what Seattle Parks Foundation does.”

McCoy’s Antarctica trip, which begins Nov. 18, will have him run 155 miles over six days. It’s hosted by 4 Deserts, a group that sponsors a race series covering four major deserts, the Sahara in Namibia, Atacama in Chile, Gobi in China and Antarctica. This is his last of the four races.

“The sceneries in these terrains -— the desert landscape, I describe it as equally brutal and beautiful,” McCoy says. Midday heat is awful in a desert — though not in Antarctica where, even with running at one of the better times of the year, temperatures could be around minus 10 degrees. The runners have to carry survival gear for fierce winds and even be prepared for sheltering in place overnight in case of extreme weather.

However, he says of being in the desert, “If you wake up in the morning or watch the sunset at night, it’s just so beautiful and it may sound corny but it’s one of the best parts. It’s kind of an emotional experience, which my wife harasses me about because she thinks I need to show more emotion.” His wife, Katie, is a partner in a law firm and shares his love for the parks foundation.

McCoy has been training daily, and recently ran the Leavenworth Oktoberfest Marathon, where he came in third at 2 hours and 55 minutes. McCoy says that fundraising helps keep him focused on training for a run. “You run an insane amount of miles but then you realize the only way you train for a 155 miles in seven days is to run a significant amount of miles over a week period,” McCoy said. “You know I’ve done that over and over, but each time I know I could do a little more, but it just takes so much time and I’m working a full-time job too.”

Next up for McCoy after his last 4 Desert race is February's Iditarod Trail Invitational in Alaska, where McCoy will be riding a mountain bike for 350 miles. McCoy does not want to repeat his races, so he will look at new events in new countries.

“I’ll always have endeavors,” McCoy says. “There’s a Japanese guy who won the last race in Namibia and he gave a great speech, and he said, ‘The end of race is the beginning of the next race.’ I was like, that’s impressive.”