What Ben Carson, Trump could mean for affordable housing 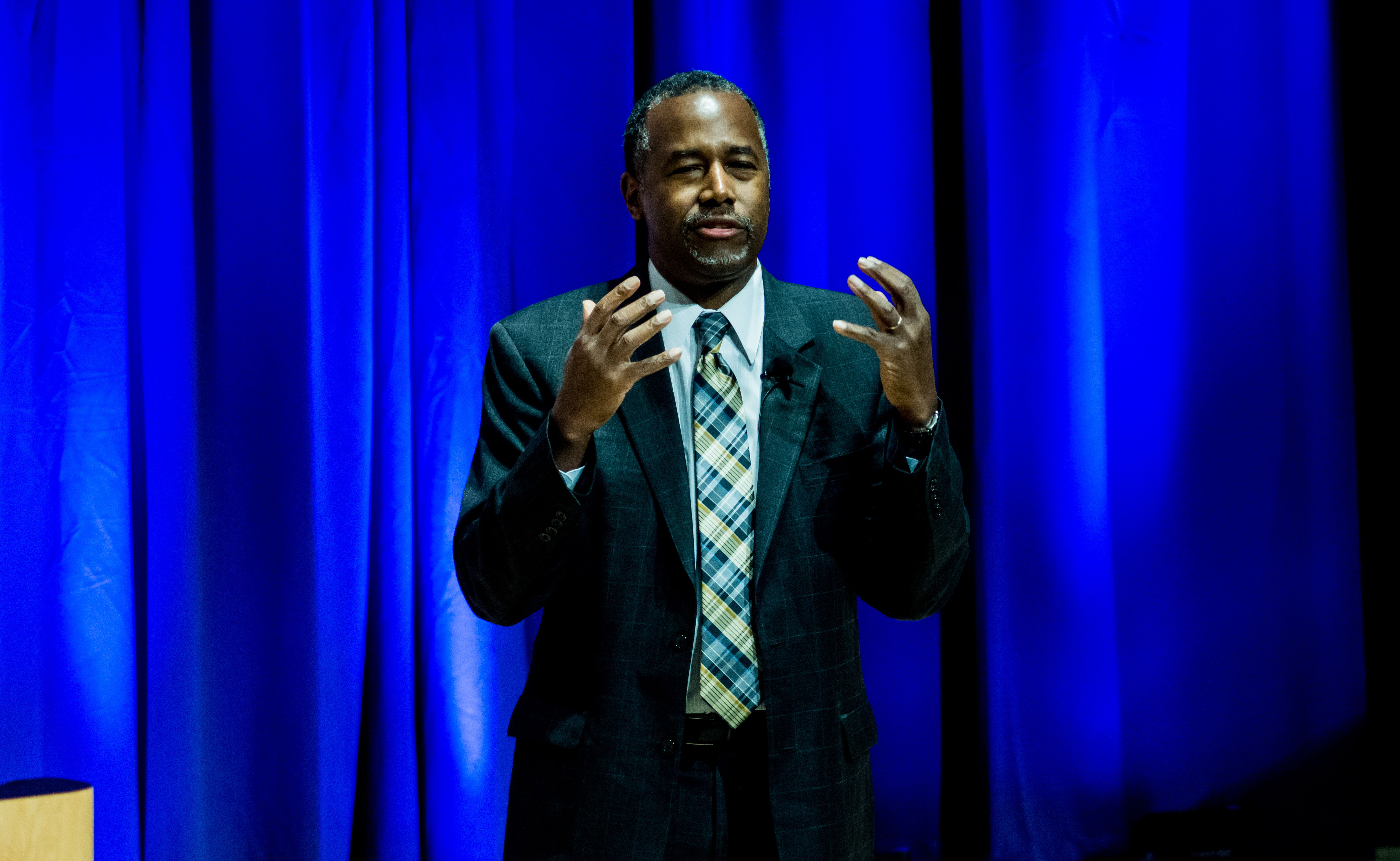 Neurosurgeon Ben Carson, who has been tapped to lead the U.S. Department of Housing and Urban Development.

There is hardly a bigger issue for Seattle than the lack of affordable housing and its unfortunate cousin, homelessness. And on no other issue have local officials pleaded more loudly for federal help; today Seattle and King County live under a homelessness state of emergency, crafted as a distress flare to higher government offices.

This week, President-elect Trump confirmed the person local officials will be depending on to send that money to our region. Neurosurgeon Ben Carson, who has no government or significant managerial experience, has been tapped to head the Department of Housing and Urban Development (HUD), a government agency brimming with complex history and policy.

Seattle Mayor Ed Murray has all but given up hope for additional funding under a Trump administration. Some housing and homeless advocates are gearing up to play defense, given that neither Trump nor Carson has any history addressing homelessness.

Mark Putnam, the Director of King County’s All Home, which combats homelessness, sums up reaction to the Carson announcement and incoming administration: “We’re all just kind of like, ‘Oh my God.’”

The biggest question regarding Carson is his stance toward federal low-income housing tax credits (LIHTC), which provide anywhere from 35 to 50 percent of the total cost to develop permanent subsidized housing — the most proven solution for addressing homelessness.

According to Executive Director of the Washington State Housing Finance Commission Kim Herman, Washington has received $1.8 billion worth of housing credits from January 2015 to December 2016 resulting in about 8,500 units. “It’s a very important program for producing affordable housing in Washington,” says Herman. “We’ve been using it for 30 years.”

The tool awards non-profit developers tax credits rather than a check, which they essentially sell to private investors — banks, LLCs, even companies like Amazon or Microsoft — who might stand to benefit from the break. This has the advantage of roping in and benefiting the private sector, making the tool less vulnerable to cuts during a recession.

It’s consistently described as the most important tool for affordable housing. Does a Ben Carson-led HUD put it in jeopardy? Bryan Watt with Sen. Maria Cantwell's office doesn't think so.

"It’s a tax credit administered by IRS,” he says. “HUD doesn’t have a lot to do with it.”

Further, that it began in the Reagan administration and has survived 30 years is a testament to its broad support. According to Kelly Rider with the Housing Development Consortium, “The LIHTC historically has had very bipartisan support (created under the Reagan administration) with a strong track record of successfully addressing local community housing needs.”

In fact, Sen. Cantwell has proposed a bill with Sen. Orrin Hatch (R-Utah) to expand the credit by 50 percent.

But Herman is still concerned about “how much support will there be under pressure for corporate tax reform.” Trump and Speaker of the House Paul Ryan have both said they want corporate tax reform — meaning, in essence, to lower taxes on corporations with the stated purpose of spurring job growth.

“In order to do that and stay revenue neutral, they would have to do away with several tax exemptions that cost money because they lose money,” says Herman. “LIHTC is one of the top ten most expensive tax credits around the nation. If you’re going to look for revenue to offset a tax credit, where do you go? You start looking at the most expensive tax credits on the books. Ipso facto, one of those is LIHTC.”

Carson's hand could also land a little heavier on regional housing authorities. Many, including the Seattle Housing Authority, participate in HUD's Moving to Work program, which according to SHA "allows the agency to test innovative methods to improve housing services and to better meet local needs."

The future of this program and Section 8 housing vouchers are up in the air under Carson.

In a statement, Kerry Coughlin of SHA noted their mission "is providing safe, decent, affordable housing and services to low-income families with children, the elderly, disabled, veterans and other vulnerable people in our community. Our concern, based on Dr. Carson’s past statements, is whether he will be supportive of that mission.”

All Home director Putnam has a generally favorable view of HUD under President Obama, as does Barbara Poppe, who worked as the director of the U.S. Interagency Council on Homelessness, and authored a recent audit of Seattle’s homelessness system. Both believe the organizations showed the importance of strategic federal investments.

But USICH’s funding is up for discussion in 2017, as are many of the “best practices” adopted under Obama. “The risk as I see it are the greater forces of, ‘Are they trying to get to a balanced budget and provide tax reform?’ … The cost is going to have to come somewhere,” says Poppe.

"We don’t really know anything about the Trump position on homelessness," says Putnam. "It could be as draconian as some of our local elected officials and cities that are really about locking people up, to something that is more — who knows?"

Carson does nothing to assuage the fears of Trump’s shoot-from-the-hip unpredictability. His experience is null, largely limited to living in a city. He is a stark opponent to welfare. And in the few times he has weighed in on housing, he’s called promotion of desegregation “social engineering.”

In a statement, Sen. Patty Murray said, “I believe Dr. Ben Carson is the wrong choice to lead such a critically important agency that directly affects so many vulnerable citizens. His past statements suggest he rejects the essential functions of HUD and will work against us as we fight to strengthen programs that give families a hand up during their time of need.”

“A lot of folks assume that affordable housing and ending homelessness are things that anyone can do,” says Poppe. “In reality there’s a huge amount of policy that you need to understand … I’d hope [Carson] would enter into it with an intention of improvement and not an intention of blowing it up and starting over.”

The best hope for Poppe is to appeal to Trump's supposed business acumen. "The case we have to make is an investment in housing does save dollars and lives."

As is likely with many issues, Seattle will need to find a way to accomplish its goals separate from the federal government over the next four years. Mayor Murray has suggested several times he’d run a homelessness tax levy. With Ben Carson at the top of HUD, that may have just got more likely.