Blind love for tech burned us on Election Day 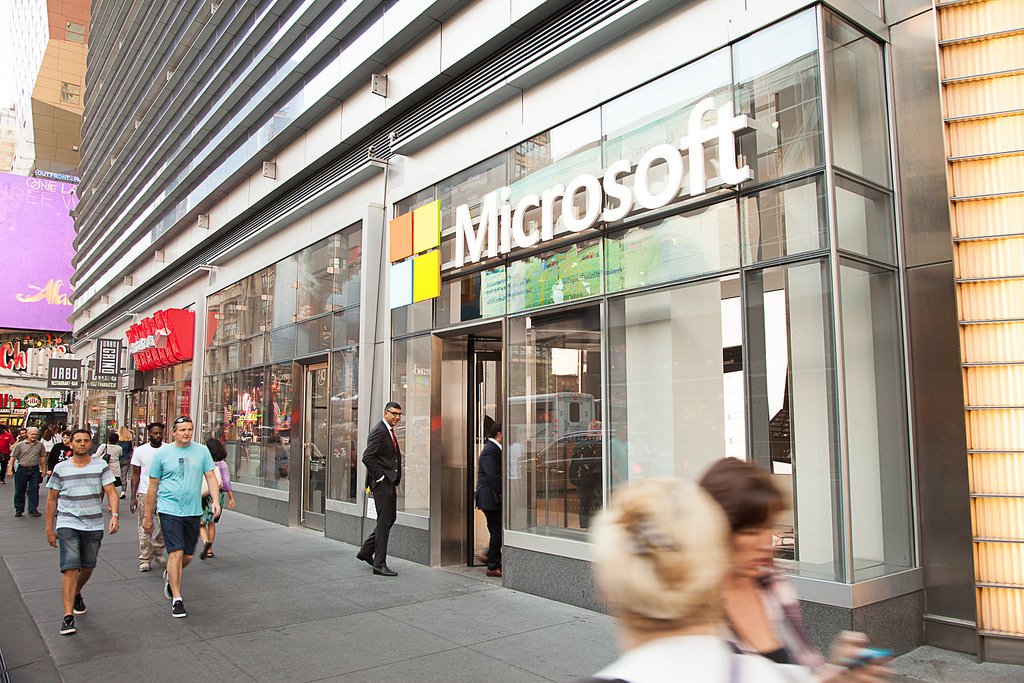 A Microsoft store in New York.

As my father often reminded me, things will certainly get worse before they get better. But better will in fact come, even in the case of last month’s presidential election result.

The vote for Donald Trump largely resulted from a reaction by certain parts of the country to a historic shift toward a more interconnected, diverse world that cannot and will not be stopped. Eight years of government standstill — brought to us by Republicans — converged with globalism, that larger historical shift, and the rise of technology, creating a perfect storm carrying Trump to a win.

We here in Seattle have been told over and over how terrific technology is, how it can create great good for the world while creating wealth for those who build it. A glance at the local/global Gates Foundation website tells us of the “transformative power of technology” and of “technological innovation creating a better world.”

Along the self-consciously progressive West Coast, we didn’t vote for Trump. We love technology here, as it fills our cities to overflowing with money. But that love is awfully blind. We pay little attention to who might be paying the ultimate bill for an app that can help us walk the dog. Trump was able to get enough people whose life has been wrecked, or who think it has been or will be wrecked, by globalism and its handmaiden, technology, to vote for him.

He and his team are literally reactionaries. They want to go back to a supposedly simpler time like the 1950s. Messing with the pendulum will undoubtedly wreak harm. But, If they don’t blow up the planet, they will only impede, slow down for a while, what is already well in place. Globalism can be very rough going, and frighteningly to many, but the world is becoming more unified with each passing day.

Over the past decades, my work around the world as an artist has allowed me to see a good bit of the effects of globalism. Knowledge spreads more easily and widely from one place to another; social, economic, and political trends  sweep over continents with enormous force, vitality and rapidity — as we are seeing with Brexit, followed by Trump and, now election results in Italy.

There is no way the momentum of global connections can be seriously derailed, whatever the new president and his cronies might wish. The tendency of the globe to function as one market has been increasing for centuries, and with today’s technology — so much of it coming from the West Coast, obviously including Seattle — the phenomenon is speeding up enormously and visibly.

Scholars date globalism’s beginnings to 1498 and the arrival of Vasco da Gama in India from Europe by sailing ship. Da Gama came to India to trade, to fill his ship’s hold with black pepper, then worth more than gold. I spent a couple years in Kerala, India (called Malabar when da Gama arrived there) working with out-of-work billboard painters (the arrival of globally sourced printed billboards did away with their entire livelihood), painting about da Gama’s legacy. Several of the painters were Muslim, and upfront they told me da Gama was a “pirate,” not the hero explorer we learn about in the West. Their forbearers had been spice traders and they had been maimed by da Gama’s men, who systematically cut off the hands of any non-Portuguese who dealt in spices.

Within a short time after da Gama’s arrival, India was colonialized, the first Asian country to fall victim to control from the West, and a great amount of wealth changed hands- leaving Asia for Europe. This transformation left enormous and long-lasting poverty in its wake (when Da Gama arrived in India, it was incalculably richer, culturally and economically, than his native Portugal). The event was the result of several developing and overlapping technologies, including the design of the caravels he sailed, new ways of mapping and navigating, and the firepower that the Portuguese brought to the subcontinent.

Globalism and technology are deeply and inevitably linked, and neither globalism nor technology is neutral, nor ever was. There will always be winners and losers. One of our most trenchant promoters of the global planet, Buckminster Fuller, saw our “global village” as a wonderfully, consistently positive thing. Which it is, but not necessarily for those whose livelihoods, their raison d’etre and hopes for the future are destroyed or irrevocably damaged by the arrival of global markets, robots, or cloud-based technologies that service them . As the global spin keeps speeding up, the corresponding gap between those who profit from this rapid movement and those left behind keeps widening.

We are exchanging subtlety for speed. And that speed is bringing the pleasure and pain of globalization right to our doorstep, just like the stuff that Amazon delivers. The speed itself can be highly disorienting. Da Gama’s expedition was decades in the planning. Its chief architect, Prince Henry the Navigator, didn’t live to see it happen, and the voyage itself took many months. Now instant feedback from cash registers — often referred to as POS (point of sale) systems — and online sales can immediately re-program the manufacture and stocking of particular items from 12,000 miles away: more yellow, less blue; more size L less M, accomplished without human intervention.

Many have commented that social media helped cause the “upset” in the election by spreading false stories. For me, the falseness they disseminate is more subtle and therefore more pernicious and dangerous. The personal computer and its offspring offers the user a very thin and narrow view of the world. We are given a binary universe that in its 0/1 dichotomy leaves out so very much — all the gradations, variations and possibilities that are neither one pole nor another. The view we get from our screens has been hollowed out. The computer delivers everything possible, but is structured against providing us with complexity. And as more and more of us become chained to the devices, we are very quickly giving up a nuanced view of the world, often barely noticing we’ve let it go.

The thinness of the computer-aided global world means that human beings, who of course have dimension, are often squeezed out. Those left on the sidelines, or those who just feel sickeningly dizzy from the speed of everything whizzing around, feel very lost.

I live out in the country, and it has become quite common to see outrageously expensive automobiles speeding along the winding roads through the surrounding forest in our part of east King County. Those cars are both symbol and shiny manifestation of how money aggregates in fast-moving hands. Is there a causal relationship in the swelling Seattle budget from taxes generated through tech companies, the rising property tax driven by the seeming insatiable demand for tech-worker housing, and the growing population of homeless? It would seem that many if not most of the homeless are in the group badly left behind. And as the mayor’s new budget makes clear, the actual cost to the city of dealing with the homeless is enormous.

Seattle has a long history of the application of technology that, when it was first used, was seen as all to the good. Think of the sluicing of city’s hills into the bay or the creation of the Chittenden Locks,and the lowering of the lake level, which destroyed the bulk of the Native fishery and their sustainable lifestyle. Boeing manufactured cutting-edge jets on the Duwamish, and in the process flushed huge amounts of highly poisonous PCBs into the river.

As I’ve watched the changes to Seattle in recent years, I’ve been shocked how short is our collective memory. This has always been a city of boom and bust. We are booming, we will assuredly go bust again.

To me the election makes clear that we can keep the going-bust part of the equation at bay only by paying much closer attention to the potentially corrosive nature of technology. We —particularly the companies based here who develop, market and use new technologies — must be far more attentive to how technology spreads disequilibrium.

The tech world loves the word “disruption,” but those whose lives are disrupted hate being victimized and shunted aside. Providing employees with enough extra money for a Tesla or Maserati is not nearly enough payback to society. Whether directly or indirectly, such as with programs for education, training, and re-visioning existing jobs, technology corporations will have to put much more effort and resources in to helping those who their products have directly or indirectly displaced.

Failure to do this is not just selfish, it is self-destructive and extremely shortsighted. And it creates difficulties in delivering on a more interconnected, diverse and — if we are smart about it — fair world.

As a place, we bear direct global responsibility for what gets made, built and dreamed up here. We can discuss, question, acknowledge and strategize about that role, becoming truly world class by doing so, or we can suffer the direct and assuredly ugly consequences for ignoring the peril inherent in what we unleash on the world.