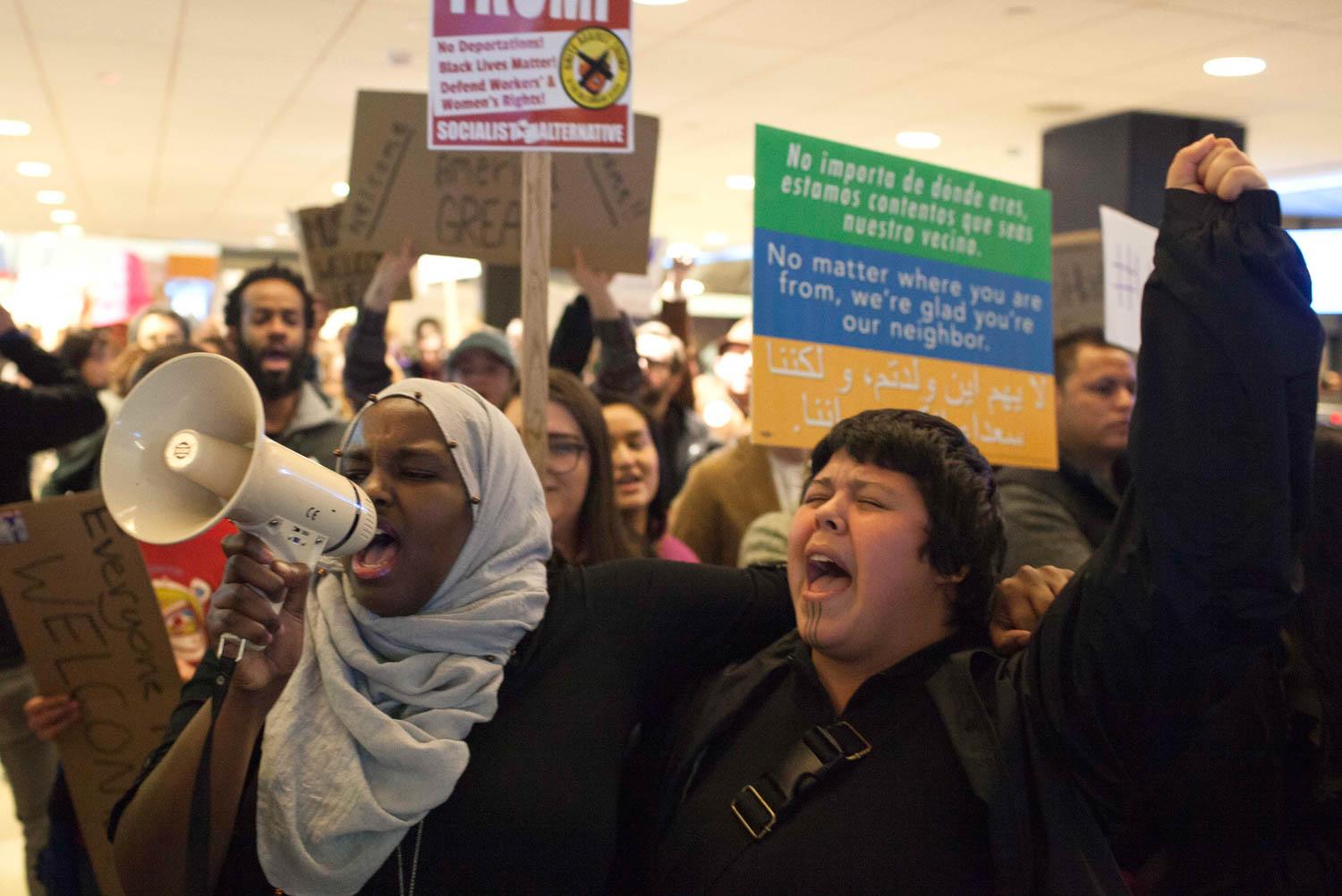 The abrupt ban on immigration from seven Muslim nations hit Washington state Saturday, with an unconfirmed number of foreign nationals being detained at Sea-Tac Airport.

Hurriedly obtained emergency judicial orders appear to be blocking federal authorities from sending them back to the countries they just left, although one was apparently put on a plane from Sea-Tac and deported before the orders.

The move prompted the governor to issue a stinging rebuke, and the ACLU to dispatch an emergency team of lawyers to block their deportation, even as throngs of protesters descended on the airport.

Gov. Jay Inslee and a slate of local leaders gathered at the airport Saturday afternoon after news broke of the ban, calling the action cruel and un-American, and making ominous references to the internment of Japanese Americans during World War II.

Conflicting reports swirled throughout the afternoon on the number of detainees at the airport, even as a team of lawyers, sent by the ACLU and the Northwest Immigrants Rights Project, worked to pry more information from the federal border authorities at the airport.

“It is religious discrimination in its barest and most obvious form,” Inslee said of the ban, which, he noted, affects predominantly Muslim nations, and even contains language prioritizing Christians. 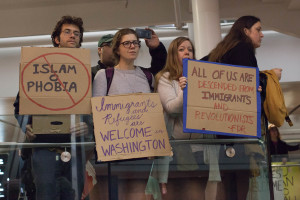 But the gathering of state and local leaders seemed to do little. Inslee told the assembled crowd that he had called the highest-ranking person in the Trump administration for whom he had a phone number. The response, Inslee relayed with a note of sarcasm in his voice, had been to say that Inslee's message would be passed along.

After the press conference, Inslee expressed frustration over what he called an intentional obfuscation on the part of federal authorities, who he said had blocked even inquiries from his own office.

“The administration is trying to hide these people, so they can’t have access to the courts,” Inslee said. Inslee said he had personally asked officials from Customs and Border Protection for information about the detainees, and had been denied.

That denial, Inslee said, is hampering his response.

“We have to have some basic information before we can go the federal courts and ask them to intervene,” Inslee said.

The ACLU team, working with the Northwest Immigrant Rights Project, appeared to be having some more success. Just after 6:30 p.m., with jubilant exclamations and high-fives, one announced they had received confirmation that a judge had issued an emergency order blocking the removal of at least two Yemeni citizens, who had been scheduled for immediate deportation.

An ACLU spokesperson confirmed shortly afterward that the plane holding the two men had been held on the tarmac, although the two men were still aboard.

U.S. District Judge Thomas Zilly issued the order, which refers to the men only as John Doe I and John Doe II. While it was not clear whether more people might be detained at Sea-Tac, but an order obtained by the ACLU from a federal judge in Brooklyn temporarily blocks all removals nationally. The New York order doesn't necessarily mean that the immigrants will be released, but they cannot be returned to their home countries. 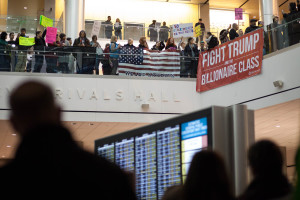 Reports were conflicting as to the number of detainees actually being held at the airport. U.S. Rep. Pramila Jayapal said she had heard 13, but later said she couldn’t confirm that number. Jenny Durkan, former U.S. attorney and current council for the Port of Seattle, said she could confirm only that one person had been detained, but had reason to believe that there were at least two more. The higher number, which Durkan had also heard but could not confirm, could represent the number of people detained or include people who had been turned away at foreign airports, she said.

David Whedbee, a board member of ACLU of Washington and one of the lawyers who arrived at the airport for the organization, said that the federal Customs and Border Protection agency is within its authority to refuse to release the information.

Late Saturday night, Jayapal went on Facebook to thank many local officials who worked on the order or objected to Trump's order, as well as the protesters. But, she wrote, "One person was unfortunately deported before any of us could get to him."

Over and over, leaders at the press conference compared the developments to the events of World War II, when thousands of Japanese Americans were rounded up and forced into camps around the country after the attacks on Pearl Harbor.

“We’ve seen this before — Japanese Americans were interned because of fear,” Inslee said afterward. “We can’t let that happen again.”

Boeing engineer Said Abdidhahar said after the press conference that he had come to the airport to meet his cousin, who was supposed to arrive from Vienna, where he had been living on a temporary visa since fleeing war-torn Somalia. Abdidhahar lives in Columbia City; his cousin had been waiting two-and-a-half years for a family visa to see his wife, who is a U.S. citizen.

But at the airport, Abdidhahar said, his cousin called the family 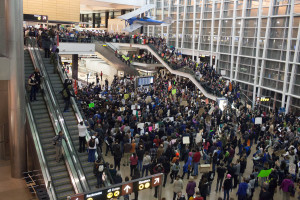 “He had been told that he would be sent back,” Abdidhahar said. “The last time they saw each other was in 2014,” he added.

Of President Donald Trump, he added, “This person doesn’t look to me like a president.”

At the airport itself, a small crowd gathered shortly after the press conference. Around 100 people gathered in the multi-story arrivals mezzanine of the airport chanting, “let them in,” and “Immigrants are welcome here.”

That crowd swelled as the afternoon dragged into the evening. By 6 p.m., police were saying the crowd numbered more than a thousand, and officers from Seattle and nearby cities were being called in to help airport police. Large crowds continued for hours, slowing passengers' access to gates.

We are live at SeaTac International Airport where thousands have gathered to protest Trump's immigration executive order.