Without Obamacare, could the state pick up the slack? 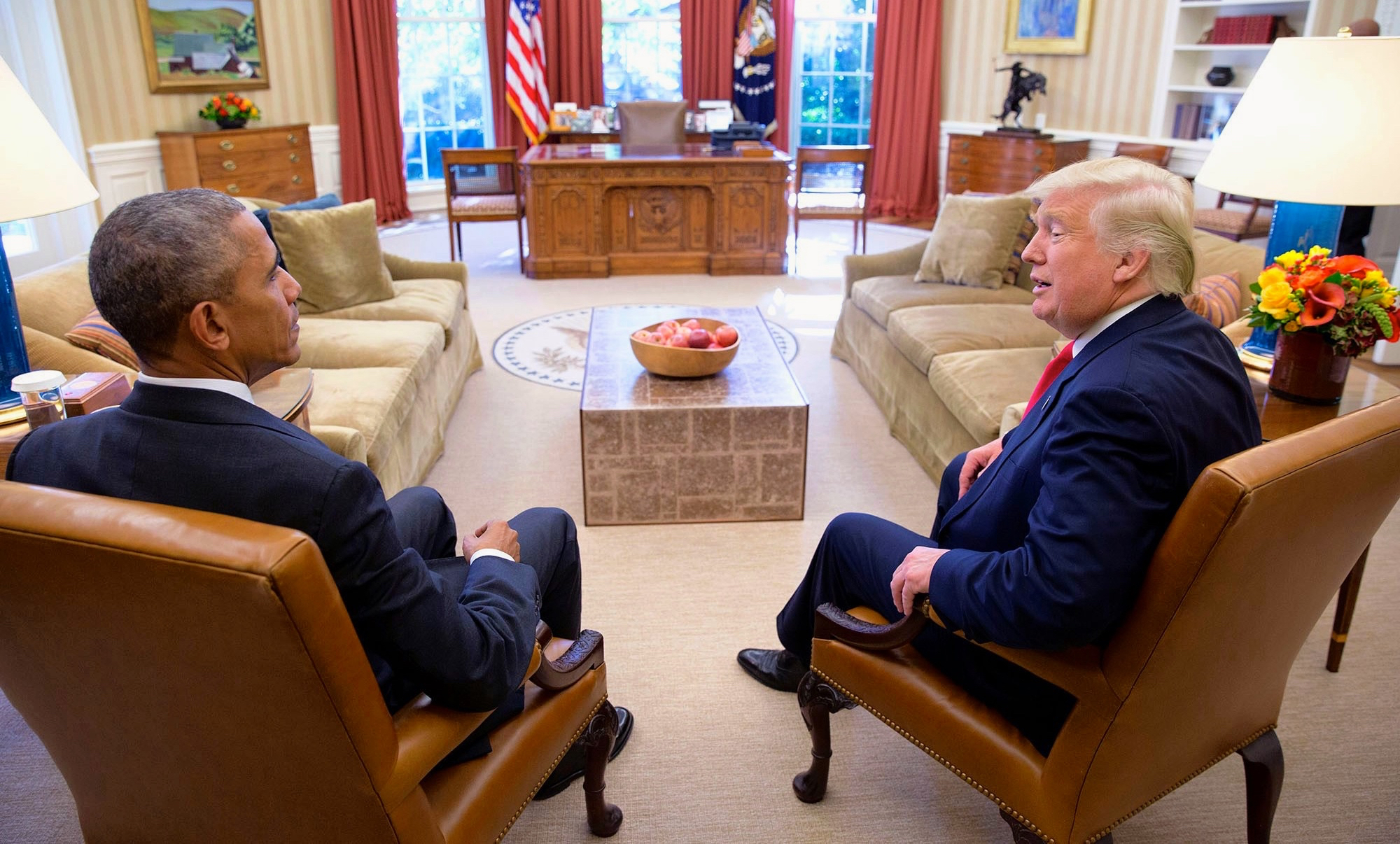 Barack Obama and Donald Trump meeting in December: Will the Obamacare law be repealed outright?

If President Donald Trump and Republicans in Congress make good on their promises to completely repeal the Affordable Care Act, there may be little recourse for some low-income Washingtonians, officials in Olympia said this week.

Members of the Legislature and experts from Gov. Jay Inslee’s office say few preparations are underway for a possible cold-turkey repeal of Obamacare and an end to the billions of dollars in federal money that flows into the state under the program.

That's generally agreed to be the worst-case scenario for federal action on the issue. But the hope of many in the state Capitol is that, while some changes will occur, even Trump won't be able to stomach the fallout from a complete rolling back of the clock to the pre-Obamacare days of much more limited access to health care.

So, while Inslee has joined governors from around the country in lobbying Congress to preserve at least parts of the program, officials are mostly taking a wait-and-see approach, and largely setting aside work on making worst-case contingency plans.

Most officials expect that federal budgeting timelines would mean that any repeal couldn't take effect until at least early 2019. But whether now or two years from now, the challenges of filling a multi-billion-dollar hole from a full repeal would be the same.

“There’s no way we’re going to be finding $6 billion to put into health care this year,” said Bob Crittenden, Inslee’s special assistant on health reform. Six billion, Crittenden said, is the rough amount the state would need to pay over two years to completely replace the program.

A complete repeal, Crittenden said, would be “catastrophic for the state.”

Inslee himself said at the start of the year that his office wasn’t making contingency plans, because the hole left by a complete repeal would be too big to fill immediately. Last week, leadership from the Republican majority in the state Senate and the Democratic majority in the state House confirmed similar stances saying that no formal planning processes have been started for how to replace Obamacare in the case of a complete repeal.

House Democratic Leader Pat Sullivan of Covingtion said that no leadership-directed response plan is underway in the lower chamber, although he added that some legislators had begun informally discussing possible responses to a complete repeal.

Federal money for health care comes to the state in three main forms. By far the largest portion, about $2.7 billion, pays for Medicaid expansion —  increasing the health subsidy under Obamacare to completely cover more of the poorest Washingtonians, who otherwise would have struggled to buy insurance. Before Obamacare, the state health care program, Apple Health, covered some of the very poor, but had a long waiting list. Increased federal funding allowed the state to give coverage to 500,000 people who lived without insurance, and another 100,000 who had insurance of some form but qualified to shift to state coverage.

About $300 million more pays for partial coverage for another group of better-off but still struggling Washingtonians, mostly those who don’t quite qualify for full compensation by the state. Another $10 million, roughly, goes to prevention and health education programs around the state through the state’s prevention fund and innovation center.

Altogether it adds up to about $3 billion per year, all of which would stop in a complete-repeal scenario.

And the state is already facing another budget crisis from the McCleary decision, which saw the state Supreme Court order the governor and Legislature to replace most local school funding with state dollars. The remaining price tag has been widely put between $3 to 4 billion every two years, a number legislators are already struggling to meet.

Lawmakers’ reasoning for not working on contingency plans varies. Schoesler said he’s optimistic that whatever the newly empowered Republicans in the District of Columbia do, it will probably be an improvement for the state. And, in a pointed comment at a press conference last week, Schoesler added that as a small business-owner, Obamacare hadn’t worked well for him, although he conceded it had eased the worries of many of the poor.

“Given that we just don’t know what’s going to happen at the federal level, it’s hard to respond,” Sullivan said. “And if it’s a repeal without a replacement ... that $3 billion, I don’t know where that money could possibly come from.”

The two responses illustrate what seems to be the thinking of legislators on the two sides of the aisle. Many Republicans have expressed hopes the Trump administration will not only repeal Obamacare but replace it with something at least as good. Among Democrats, that’s tempered with a frank assessment of the unknowns, and a hope that the reality of cutting health care for millions of people will be too much for the incoming president.

Yet, even Republicans concede that a repeal with no replacement — the worst-case scenario — would be a huge hit to the state.

Sen. Randi Becker, R-Eatonville, a member of the Senate Healthcare Committee, said that she was open to the idea that Trump or Republicans at the federal level might be able to improve on the system. But, she added, to be a step forward, the change would need to either build on or take the place of the Medicaid expansion funds that make up the bulk of the funding the state receives under Obamacare.

And Becker expressed a widespread sentiment: “It’s hard to form work groups or task forces if you don’t know what’s coming,” she said.

Instead of planning to replace the program, one thing that has at least been analyzed is the cost of essentially reinstating the state’s pre-Obamacare coverage for the poorest Washingtonians.

That’s the default response, Critenden said. Reverting would cost about $300 million, and could be done relatively quickly if federal Republicans forced an abrupt repeal. It would cover the sickest and the poorest Washingtonians, but likely leave 750,000 residents without insurance.

Rep. Eileen Cody, D-West Seattle, said two bills are already in progress in the Legislature to start to do exactly that, by preserving the state’s high-risk pool, which covers most medical costs for those Washingtonians so ill that they wouldn’t be able to buy coverage on a normal insurance market. Cody chairs the House Healthcare and Wellness Committee.

The larger challenge, Cody said, is that the popular parts of Obamacare are intrinsically linked to its most controversial elements. Forcing insurance companies to accept people with pre-existing conditions is very popular, but only works because the unpopular individual mandate forces healthy people to also buy insurance, essentially making up for insurance companies’ losses on the very sick. And while the steep cost of Obamacare is very unpopular with Republicans, most of that money goes to paying for the Medicaid expansion that has given subsidized or free health care to millions around much of the country.

The result: Managing a repeal of any single part without major consequences for the system as a whole is likely to be difficult.

That very reality also makes a complete repeal without any kind of replacement — the worst-case scenario — seem unlikely. Even Trump, a politician who has built his brand on brazenly defying what had previously been accepted standards of behavior, must know that starting his term by smashing half his constituents directly in the guts might not be a “yuge” move.