Stunned by scandal, a city asks: Now what? 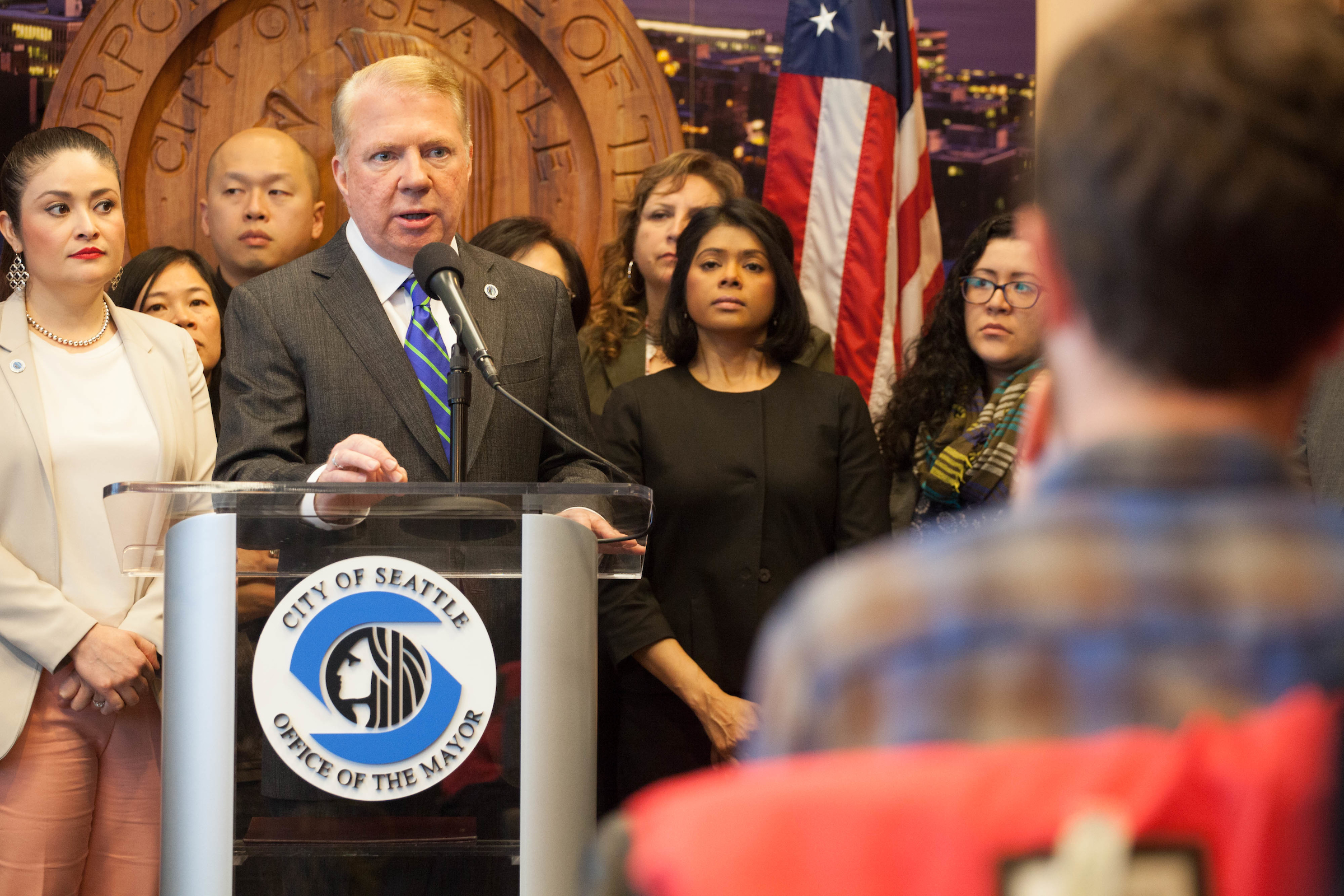 Seattle Mayor Ed Murray never misses a chance to celebrate. So when he canceled a police-reform victory lap set for Thursday afternoon, issued in a hastily-written 12:37 p.m. email — "canceled" misspelled "cacnelled" in the subject line, the body of the email asterisked and highlighted in yellow for emphasis — it seemed strange.

Hours later, the answer became clear: The Seattle Times published a story reporting allegations that Murray had sexually abused an underage teenager in the 1980s. The Times quoted two other men who alleged that Murray had abused them as well.

The allegations are unproven. Regardless, the story sets into motion what might be the most damning political scandal in recent Seattle history, if not ever.

The denials were swift. Murray spokesperson Jeff Reading dismissed the allegations, suggesting political motivation as the mayor seeks another term. Murray's lawyer, Robert Sulkin, did the same, addressing reporters for two minutes but refusing to take questions. (Editor's note: On Friday afternoon, Murray personally spoke to reporters to deny the allegations and promise he would continue as mayor.)

As the first wave of Twitter disbelief subsided, there was a moment of radio silence when even Murray’s opponents, who have ached to see him fall, said, in short, “but not like this.”

City Hall was quiet. The mayor was nowhere to be seen. The Seattle City Council, five floors below, had nothing to say: The offices of councilmembers Lorena Gonzalez and Tim Burgess declined to comment; the other seven members were unavailable. Political minds wondered if Murray staying out of sight was a smart thing to do. But that's what was happening.

Seattle has had a good run lately. And Murray's been in the middle. The mayor's stock has risen as the city and the country and even occasionally the world anointed him as a blockade against President Donald Trump. He was suing the President! He was protecting our immigrants! Bertha was free!

That all seems very far away now.

What happens now? Can the Resistance continue under the weight of the allegations? Can even daily City Hall business?

One Seattle City Hall veteran, who served under two previous mayors, said even a smaller crisis can take leaders’ minds off of everything else. “That is the real danger,” said the source, who asked not to be named. “I’m sure that [the mayor] is distraught and I’m sure that the staff is in shock.”

But there are crises and then there is this. Even lesser crises — like the city’s experience with the WTO protests — were distracting enough. The former mayoral staffer said no recent event even compares.

Portland City Hall went through a scandal in 2009 when newly elected Mayor Sam Adams confessed to having had a relationship with a teenager. Adams rode out the uproar, but the scandal haunted his entire four-year term. Adams never sought re-election.

A political observer in Portland who has a good relationship with Adams said the mayor faced significant turnover on his staff, especially immediately following the admission. “His ceiling became very low,” the observer said. “And he was just never able to rally the community” around projects or policies.

“I wouldn’t say they were lost years, but much more good could have been done,” the person said.

Murray prides himself as a doer. And there are so many things in Seattle for him to do — nuanced things, things in need of deep thought: How much can the city get from developers for affordable housing without discouraging construction? Is it better to slowly transition people experiencing homelessness into permanent housing or is it better to do it quickly? Should police oversight receive a set budget every year? How do we ensure Seattle City Light can fund itself in the future?

So much to do. But first, there’s this.

Updated on Friday, April 7 to note that Murray had just held a press conference to personally deny allegations.