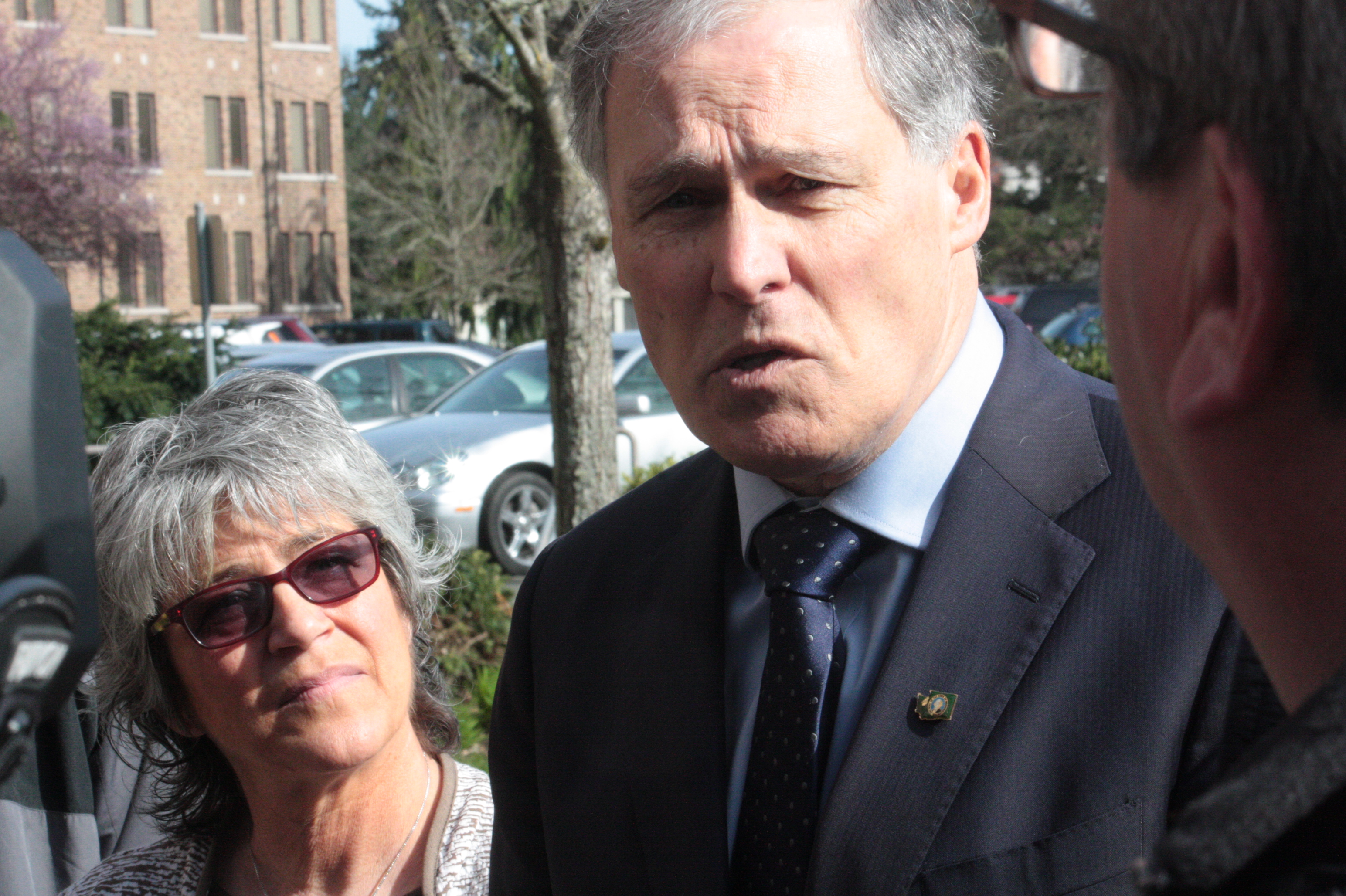 The real target of his pitch is the Senate Republican caucus, which wants a much smaller, $95 million appropriation.

With the Legislature beginning serious talks on the 2017-19 budget, both parties agree that some extra money for the state's troubled mental health care system is needed. But the overall budget talks are still in the preliminary stages with the two sides trying to agree on common sets of definitions and terms rather than actually haggling over dollars.

“Morale has been different as day and night since Cheryl has been here,” Inslee said. Strange took over the 800-bed Western State almost a year ago. On Tuesday, the hospital had 857 patients.

Strange said, “This has been a process of many parts. We have been putting together hundreds of puzzle pieces." She said that the Democratic budget would be "a very, very, very good start to fix everything.”

Strange added that mental health and opioid problems are expected to increase in society. And the state will try to increase the mental health beds — 1,000 in the Democratic proposal and 500 in the GOP proposal — across the state. That includes more beds in in community facilities away from Western State Hospital and Eastern State Hospital, an idea that both parties want to pursue.

In the past year, Western State hospitals has added 388 people, bringing its workforce up to roughly 2,300. Inslee said the facility still need another 65 employees, including several psychiatrists. “You don’t know the difference when [a staff member is] alone without someone to have her back, and having a second person there,” said Western State nurse Barbara Shelman. Also, extra custodians and food employees have freed up nurses from those duties.

Active treatment at Western State has increased 25 percent and numerous extra security measures have been installed, according to a hospital handout.

Western State has had a troubled history with understaffing, high employee turnover and five escapees — all soon recaptured — since 2009. Last year, one of the escapees was an accused murderer. The hospital’s trouble had threatened its ability to receive federal money.

Republicans want to ignore tentative new contracts with pay raises negotiated by state employees — except for hikes for correctional workers and state patrol officers. That would eliminate a $760 million obligation in 2017-2019. Democrats oppose that idea, in part pointing to what they say would be chaos in beginning contractual talks again.

For Western State Hospital, the pay issue means the difference between a negotiated 27.5 percent raise under a Democratic budget proposal and a $1,000 across-the-board raise under a GOP proposal. Inslee said much of the hospital’s turnover has been to higher pay elsewhere.

Western State social worker Mike Yestramski said, “We’ve made many improvements. It’d be a shame for us to go backwards.”