'Come From Away' comes from Seattle and nabs 7 Tony nominations 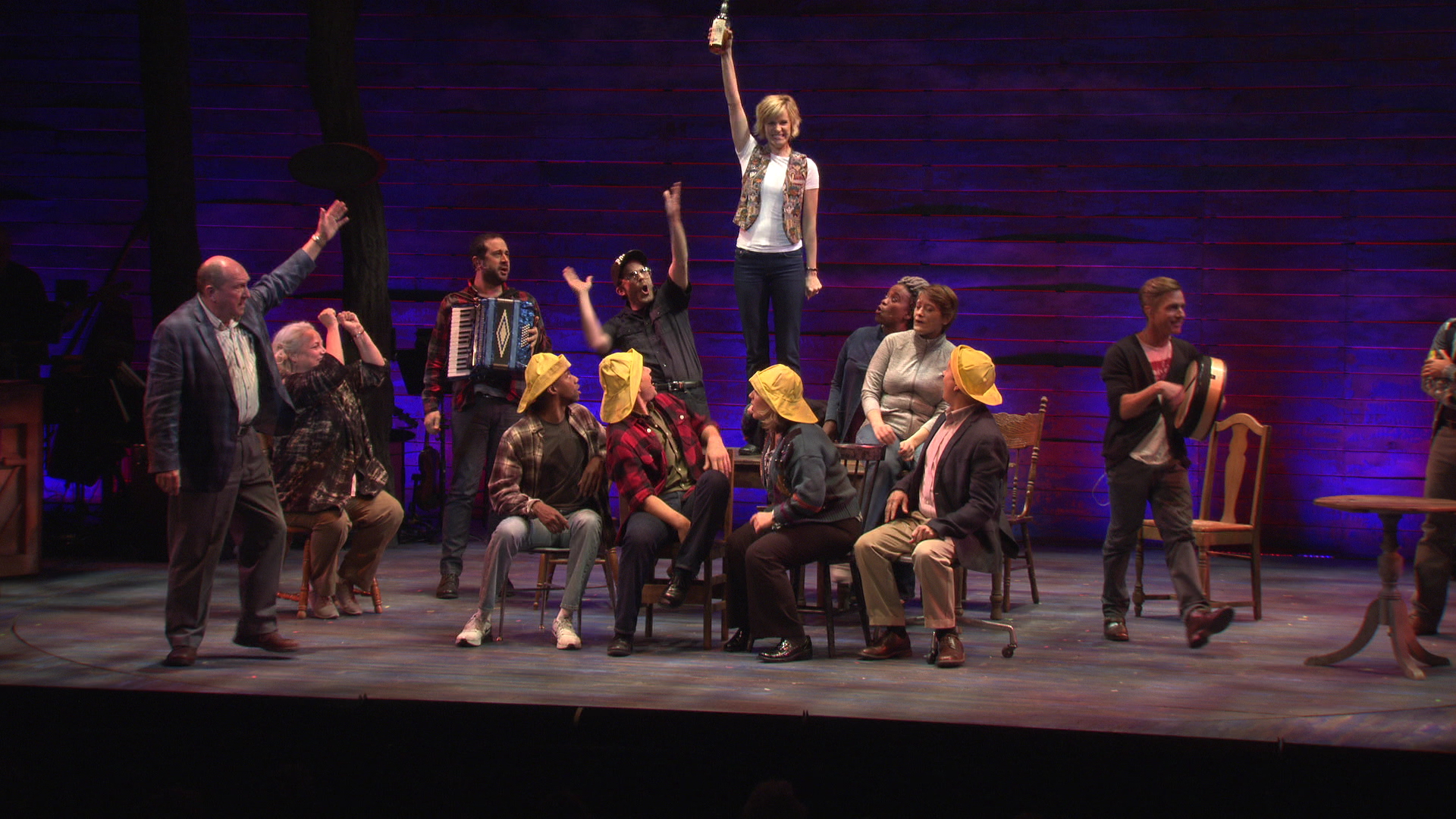 A production of Come From Away at Seattle Repertory Theatre in 2015.

Three years ago, Seattle’s Kenny Alhadeff saw a workshop production of a show about airline passengers stranded in Newfoundland in the wake of 9/11. It was based on true events.

The show struck him, deeply. So he immediately decided to help finance it, growing “Come From Away” into a one-act ensemble musical that eventually shattered Seattle Rep’s all-time box office records in 2015.  The show was a co-production with La Jolla Playhouse.

Alhadeff’s production company, Junkyard Dogs, which includes wife and partner Marlene, helped vault the show to Broadway earlier this year. “Now we’re playing in the Super Bowl,” he said from New York on Tuesday where he was toasting another theatrical celebration: seven Tony Award nominations for “Come From Away,” including a Best Musical nod.

“We had guarded optimism. We felt that we had a very important story being told in a very creative and authentic and unique way," he said.

Alhadeff had always hoped the heartwarming “Come From Away” would fare well on Broadway, even if Disney-like spectacles and more lavish productions reign. The musical embraces the human kindness shown by the residents of out-of-the-way Gander, a community suddenly confronted with taking in thousands of bewildered strangers who are unable to complete their flight because the terrorist attacks have closed U.S. airspace.

It is, Alhadeff says, “a representation of the light, a fight off the darkness” from the difficult story that is 9/11. “Come From Away” has always drawn audiences who are somehow connected to the events on that fateful day in 2001. Eight hundred New York firefighters, police officers and first responders once came to a single show. The Canadian prime minister and United Nations ambassadors have also seen the production, Alhadeff said.

“Come From Away,” wrote New York Times critic Ben Brantley, “is as honorable in its intentions as it is forthright in its sentimentality. And it may provide just the catharsis you need in an American moment notorious for dishonorable and divisive behavior.”

Song/lyric writers Irene Sankoff and David Hein are nominated for Best Book and Best Original Score for a Musical. Cast member Jen Colella is nominated for Best Featured Actress in a musical for her soaring portrayal of American Airlines pilot Beverley Bass, one of the first female airline pilots for a major airline. “Come From Away” also captured nominations for Best Direction of a Musical (Christopher Ashley), Lighting Design of a Musical (Howell Binkley), and Choreography (Kelly Devine). The complete list of Tony nominations is here.

With one exception, the cast seen by Seattle audiences is the same one now performing on Broadway.

On Tuesday, as is their custom, the Alhadeffs invited their two producing partners, Randy Adams and Sue Frost, to their New York City condo to listen as the nominations were announced. In 2010, they listened as their production “Memphis” scored 8 nominations. “Memphis” eventually won 4 Tonys, including Best Musical.