Has Trump doomed the WA GOP to irrelevance? 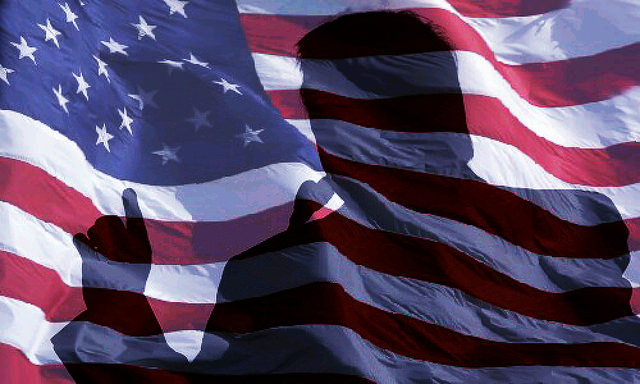 The drumbeat of bad news coming from Washington, D.C., threatens to pound the final nails into the coffin of Washington State Republicans, at least for the foreseeable future. National trends heavily impact local candidates. President Trump’s sagging approval ratings, and the messages coming from the national Republican Party, are making an already difficult task virtually impossible for Republicans here.

Local Republican leaders understand this state. They know that the key swing voting bloc in Washington is college-educated, secular, white suburban moderates; the normal GOP base of evangelical Protestants, and the new Trump base of working class white voters, are both small here. They know that Washington is one of the most socially liberal states in the nation. They know that protecting the environment is a powerful issue.

That’s why, with one exception, every Republican nominee for Governor or U.S. Senator since 2000 has been a moderate from King County. It’s also why Republicans have worked hard to recruit moderates to run for suburban legislative seats.

This strategy has earned us the majority in the state Senate for the past four years. It has occasionally won statewide races for Attorney General, Secretary of State and Treasurer, where the emphasis is on resume. But when it comes to races where ideology matters, we have been unable to break through. The Washington GOP has not elected a Governor since 1980, or a U.S. Senator since 1994.

Things change in politics, but today, it is virtually impossible for a Republican to win a highly partisan statewide race in Washington State. In the most recent Elway Poll, only 24 percent of Washington voters identified themselves as Republicans. That means a Republican running for Governor or U.S. Senator needs to get at least 60 percent of independents to win. Good luck with that.

And with Trump in the White House, the GOP is at risk of losing what small foothold it has in the state Legislature. To understand why, you must understand King County, which is home to a third of the state’s population.

Republicans cannot achieve majorities in the State House or Senate without winning some seats in King County.

There are 20 solidly Republican legislative districts outside King County in which the GOP holds the Senate seat and both House seats. There are four districts outside King County which are competitive and can elect members of either party: the southwest Washington coast (the 19th Legislative District), Gig Harbor (the 26th), Lakewood (the 28th), and Bothell (the 44th). Even if Republicans won every seat in all four districts, which is not the case today, that would still leave them just short of House and Senate majorities. They have to win some seats in King County.

In 2016, Republicans lost two House seats in Federal Way, a Senate seat on Mercer Island (the 41st Legislative District) and failed to win back the Senate seat in Samamish. The Republican candidates in each of these races were well-funded, well-known moderates who had all been elected in these districts before. But they all succumbed to the partisan wave.

And that was nothing compared to the tsunami rising against Trump and Republicans generally.

This Fall, Republicans must defend the Senate seat in Redmond (the 45th district) in a special election to replace Senator Andy Hill. Next year, they have to try to hold onto the Senate seats in Federal Way and Kent, as well as the last three Republican House members from King County.

No matter how strong the candidate, those are long odds. And Trump’s approval ratings haven’t exactly improved since November.

If this trend continues, the GOP will become extinct in the King County suburbs, just as it is in Seattle. Republicans are down to three seats on the officially non-partisan King County Council, and are seemingly making no attempt to even field a candidate for King County Executive this year. No one is talking about a Republican lining up to challenge Sen. Maria Cantwell.

And as go the Republicans in King County, so goes the party statewide. To win statewide, a Republican must receive 40 percent of the county’s vote. That is nearly impossible to do when the Republican candidate for President is getting less than 30 percent there. John McCain and Mitt Romney got 28 percent in King County in 2008 and 2012. Donald Trump? 22 percent.

Despite the GOP’s growing strength in the rest of the state, we are sliding toward becoming — functionally — a one-party state.

Are we all OK with that? Are suburban voters really OK with having to choose between the party of Bernie and the party of Trump? At what point do ambitious suburban politicians who don’t consider themselves Democrats begin running for office under some other label, perhaps as independents?

The collapse of the GOP in King County has been sudden, and is part of the tectonic political changes sweeping the world. Some new alignment is coming, but I am not going to hazard a guess as to what that will look like. After all, could anyone have foreseen where we are now?