Seattle's next mayor? It's anyone's guess 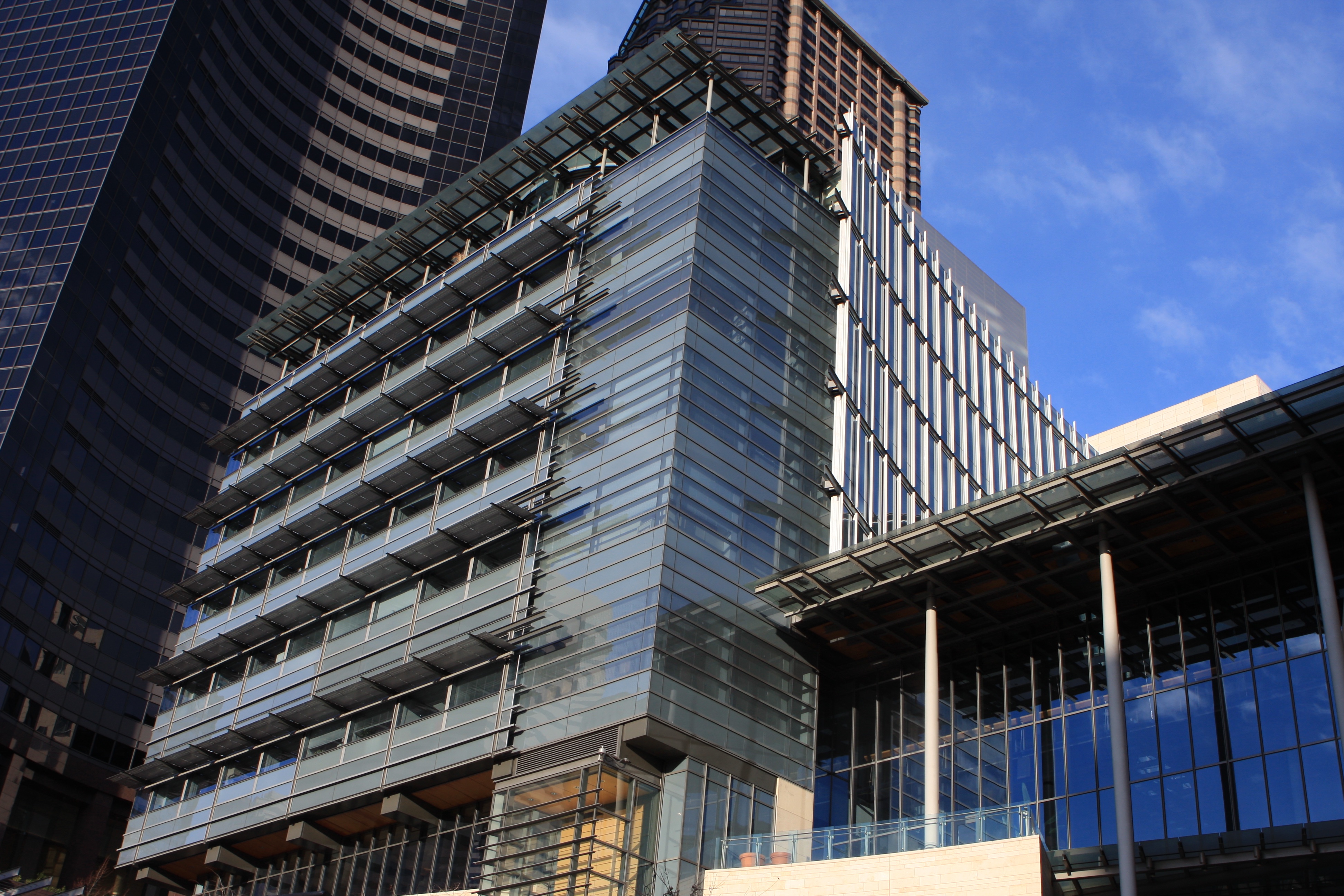 City Hall's leadership is up in the air.

The Seattle mayor’s race went suddenly from tepid to tumultuous last month, and the next two weeks will likely shake it up further. The official filing period for candidates opens next Monday and runs all that week.

This was going to be a boring year in Seattle politics. With only three citywide races on the ballot, most politicos expected Tim Burgess’s open city council seat to attract the most competition. Incumbent Councilmember Lorena Gonzàlez was expected to prevail virtually uncontested. Most importantly, before the announcement of sex-abuse allegations against Mayor Ed Murray, the consensus was that he was popular enough for his race to be uncompetitive — or at least to scare top-tier challengers away from filing.

If he stays in the race, Murray, who denies the allegations and is seeking re-election, will have at least three credible challengers: former Mayor Mike McGinn, who Murray defeated for re-election in 2013, and activists Nikkita Oliver and Cary Moon, both of whom have impressive civic résumés. And there are others who are thought to be considering a run.

Over the next few months, we will likely see public polling and hot-take essays, some of which may claim this race can be predicted based on past precedent.  Some may also claim that divvying up the electorate helps tell us the inevitable outcome.  I am here to heavily caution you against all of these claims.  This race, at least as it’s shaped up so far, is highly unpredictable and volatile.  Here are the three biggest reasons why.

Last-minute candidates are even more likely than normally expected.

Political campaign announcements do not materialize from thin air. They take weeks of preparation and grunt work. In light of that, it is very possible that at least one of several credible candidates may still make an announcement. Consider our timeline. The Murray allegations were first announced on April 6.  Prior to that news, Murray’s strong approval ratings and the strong economy in Seattle made him an overwhelming favorite for re-election.  Most viable challengers have had just a month to consider a run and prepare for launch, something that takes time and planning.

In an interview with KUOW’s Bill Radke, McGinn indicated that his campaign team had begun serious discussions “three or four weeks” before his announcement. McGinn, who ran a successful mayoral race before losing re-election to Murray, has as much experience and campaign infrastructure as anyone out there. That gives him an early start in the race to declare – and suggests any less turnkey candidates may take a bit longer.  With a few notable exceptions (such as former Mayor Norm Rice’s last-minute run in 1989), all credible mayoral candidates would be in by early May. That rule doesn’t apply this year.

Even when we know our slate of candidates, the structure of this race makes it tough to predict who will square off in November. In a crowded top-two primary, candidates regularly advance with as little as 20 percent of the vote. That leaves open the possibility that a relatively niche candidate will make the cut. Crowded top-two races effectively reward polarizing or niche candidates and punish candidates who are common second choices.

One need only look at last year’s primary for State Treasurer to see this effect. Three Democrats ran against two Republicans.  Although the three Democrats received a combined 52 percent, the Republicans easily advanced because the GOP vote was less split. That could help a candidate like Nikkita Oliver, who has an intense following but lower name recognition.

Another big question is Murray’s status. Public statements indicate he will file, but developing scandals can weather down candidates’ initial resolves. Perhaps more importantly, scandal — even allegations of scandal — can do the same with electoral standing. Even polling would have trouble gauging his strength. Most voters are not spending much time deciding their August primary votes right now, and many do not even pay regular attention to local news; a decent proportion probably are unaware of the scandal. (Hayat Norimine at Seattle Met has a good rundown of the varied electoral responses to recent mayoral scandals around the country.) The outcomes are varying and unpredictable. So are Mayor Murray’s.

While we will have some idea of the landscape when the candidate filing period ends on May 19, the volatility of this race — both because of its structure and the possibility of future news events — means the range of realistic outcomes is unusually vast.

There is a vacuum for a candidate toward the political center.

This isn’t a value judgment. Instead, it’s a read of Seattle’s electorate. Right now, there is a vacuum for a moderate-leaning candidate in the mayor’s race.

I have written before about the tendency for Seattle races to divide into a “left bloc” and a “moderate bloc.” The left bloc is occupied by candidates like Kshama Sawant, Mike O’Brien, and Jon Grant – populist-minded politicians who see other elected officials as too cozy with business and establishment interests. Moderate bloc politicians, including Councilmember Tim Burgess, former Councilmember Richard Conlin and Joe Mallahan, often see themselves as pragmatists, forging progressive policy with input from groups across the political spectrum.  While individual voters may cross between “blocs,” their bases are largely consistent.  Neighborhoods that voted for Kshama Sawant were extremely likely to vote for Jon Grant and other left bloc figures.

So far, our four declared major candidates – Murray, McGinn, Oliver and Moon – all are pretty readily identifiable with one of the two blocs. Although he is making overtures to the left floc, Murray represents the moderate bloc. The mayor’s 2013 victory came because he excelled in areas traditionally won by moderate bloc candidates. His top showings were in the tony neighborhoods of Broadmoor (79 percent), Madison Park (71 percent), and Magnolia’s Briarcliff (70 percent). Murray secured a win by outperforming the moderate bloc baseline in two areas: first, socially liberal bastions like Capitol Hill, where his record on LGBT leadership likely delivered voters; and second, in several single-family neighborhoods where Murray benefited from backlash over growth issues.

McGinn and Oliver, on the other hand, will likely be sharing the left bloc. These were McGinn’s voters in both 2009 and 2013.  His best 2013 showings included Georgetown (66 percent), Columbia City (64 percent), and the Central District (63 percent). While Oliver does not have a campaign history, her focal areas – social justice, displacement, and criminal justice reform – tend to skew left. Like McGinn, she is likely to perform best in areas with lots of renters and younger voters. Moon’s campaign is nascent, but some of her standout proposals include a high-earners’ capital gains tax, ambitious racial equity policies, limitations on foreign real estate investment, and restrictions on conversations with “big business.”

Putting aside the 3:1 ratio of left bloc candidates, it is reasonable to assume there are some voters who are close to Murray ideologically but disinclined to vote for him. While the Seattle Times opinion page probably doesn’t dictate many votes, its recent editorial urging him to drop his re-election bid represents this position well. A credible moderate-bloc candidate could make some headway in the race. If none files, Murray’s position will be stronger.

The ideological boundaries on this race are getting a little weird.

The final big reason for uncertainty is less structural and more about how the candidates are positioning themselves. If the race does end up with a McGinn/Murray division like 2013, it won’t be for lack of trying.

As I outlined above, Murray’s 2016 win comes from aligning moderate voters with some devout social liberals, many of whom likely appreciated his work on LGBT issues. A big loss of the former group would be fatal to his ability to hit 50 percent. Murray knows that picking up left bloc votes requires more than uncontroversial progressive moves like supporting universal pre-K. His recent proposal for a higher-earners’ income tax may be an attempt to move left. It’s also a tacit admission that he can’t rely on 2013 levels of support from “Seattle Times moderates” – especially the ones who’ve actually read the Times’ recent editorials.

McGinn, on the other hand, faces a field divided by several other left bloc candidates. No longer an incumbent, he cannot count on the default support of the young voters, urbanists and non-whites that make up that bloc. This may explain why he is tapping into his past in the neighborhood politics, advocating for greater local control over development. Along with his pledge to lower property taxes, this seems like a move to the center.

Finally, the presence of Nikita Oliver and Cary Moon should not be overlooked. Moon is a quirky candidate who, while likely to win votes from the left bloc, is not a strict ideologue. Her willingness to oppose a high-earners’ income tax in favor of a capital gains tax suggests she may bring a skeptically wonky angle to a race where it will be tempting to float big, shiny ideas. Especially if no additional centrist candidate files, Oliver’s presence will make it harder for candidates to play to the center without risking loss of left-leaning voters. That is not to say that she isn’t also viable. Political ennui helped Kshama Sawant win citywide with a disruptive, lefty platform. In a race marked by scandal and a possible rematch between established officeholders, some ennui seems almost inevitable — which could magnify the role of Oliver’s enthusiastic supporters.

This analysis may be somewhat disjointed, but that’s because any honest analysis of this race should be disjointed. Seattle, for a city of its size and supposed radicalism, has more than its share of predictable elections. This will not be one. In the span of a few days, this race went from effectively closed to more unpredictable than most open-seat contests.

There are a ton of variables at play here. We have an ideologically tilted field, an incumbent under a cloud, a challenger who held and lost the office, and several credible disruptor candidates. On top of that, we have politicians making decisions under immense time pressures, amidst the fog of uncertainty. Conventional measures of viability like fundraising, endorsements and field presence will still matter. Some promising candidates may fizzle in coming months. But, unlike most Seattle races, it is difficult to predict those outcomes from the structure of this race. We will probably not have a clear picture until well into summer.

Until then, it’s best to leave the hot takes to cool on the backburner for a few months.