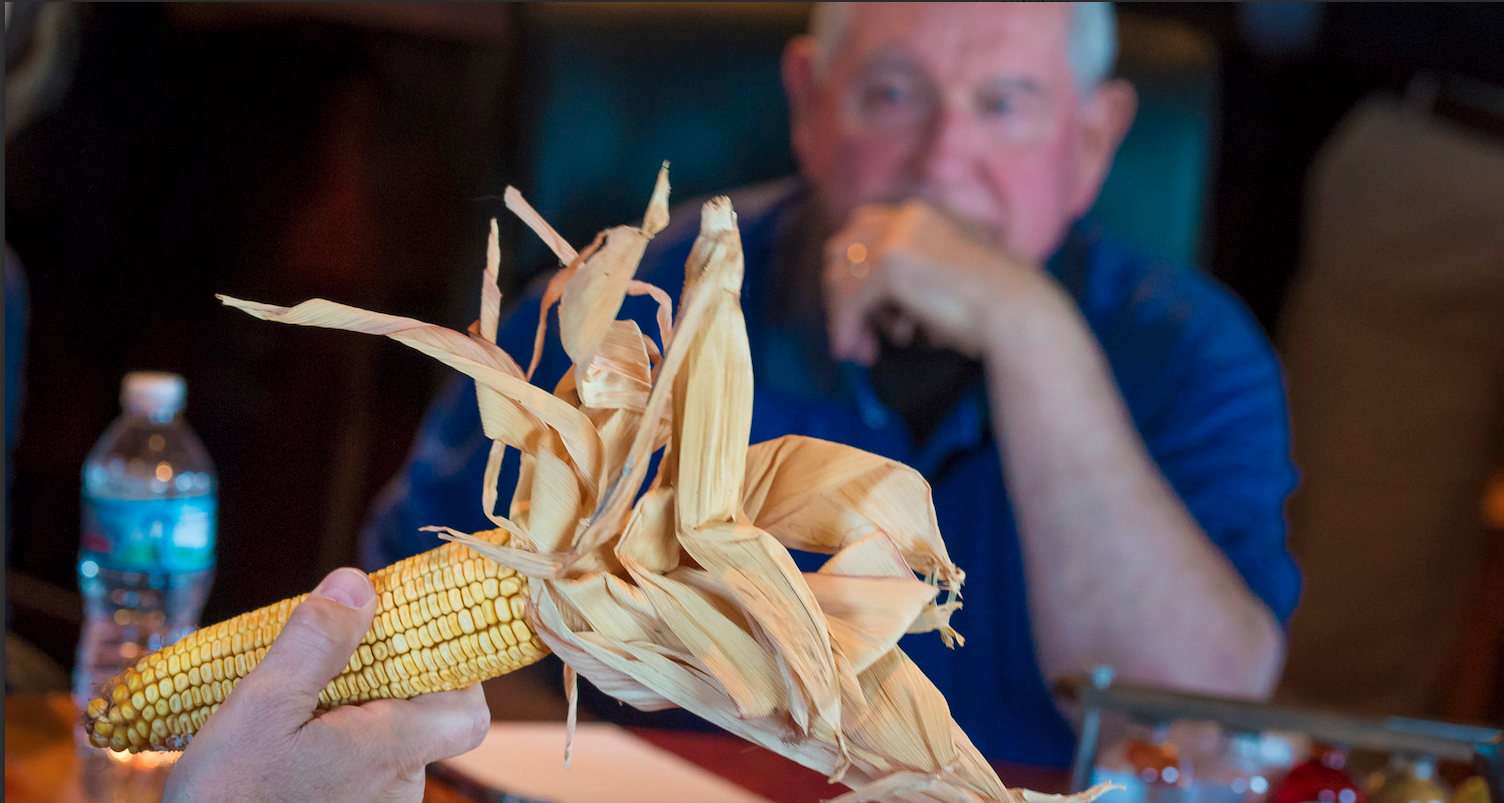 Agriculture Secretary Sonny Perdue​, in the background,​ during ​a May 15 trip to ​ Couser Cattle Company​ in Nevada, Iowa.

On June 22, Republican leaders released a full draft of the Senate version of the new health care bill. It includes cuts that would affect rural Westerners, although it phases out Medicaid more slowly than the House version. You can read it in full here.

Dale McCall is a fourth-generation farmer with a sprawling field where he grows alfalfa, hay and sunflowers near Yuma, Colorado. The 70-year-old also works part-time in the area’s school district; one of the job’s benefits is decent health care coverage, despite his pre-existing conditions. His son, Tim, farms nearby and feels under-insured by his health plan. He and his family couldn’t qualify for programs like Medicaid, which covers lower-income individuals, so he bought a high-deductible plan on the open market which covers only catastrophes. McCall’s grandson, Robert, is covered by his wife’s employer’s insurance plan.

But as the Republican American Health Care Act moves forward, the situation for all of the McCalls could change drastically if the controversial legislation were to pass.

In May, the AHCA narrowly cleared the House. Since then, Republican lawmakers have been debating over the degree to which it might change as it wends its way toward passage. Mitch McConnell, Republican Senate majority leader, accelerated the process in June by invoking a rule that allows the AHCA, because it is a budget reconciliation bill, to bypass the usual committee discussions and move forward to a full Senate vote, where it could pass with a simple majority: 51 votes.

Not much information has been made public about the Trump administration’s replacement bill. But according to recent reports, many Americans who gained insurance under the Obama administration’s Affordable Care Act now stand to lose it — especially agricultural workers in the rural West.

The AHCA proposal would have major impacts on many aspects of current health care, but the debate over the bill centers around three issues that disproportionately affect rural communities and agricultural workers. First, the AHCA would drastically scale back coverage under federal programs like Medicaid, which was expanded in many states under the ACA. Second, the plan would likely cause fewer people to enroll in plans on the individual marketplace, where people who can’t get coverage through an employer, spouse or Medicaid buy insurance. According to a May report from the Joint Economic Committee, that would cause premiums to increase for individuals that remain covered there. And third, the AHCA could also make it harder for some people to gain coverage because of pre-existing conditions.

In the rural West, many farmers, ranchers and other agricultural workers are self-employed, so they can’t get coverage through an employer. Hence, a higher percentage of agricultural employees are covered by Medicaid (11 percent) than in non-agricultural industries (8 percent). Before the ACA was enacted in 2010, workers in the agricultural sector had fewer options, so many remained uninsured. But under the Obama-era plan, many states expanded Medicaid, increasing the percentage of those covered. Under the AHCA, that expansion would be significantly scaled back, according to the Joint Economic Committee report. 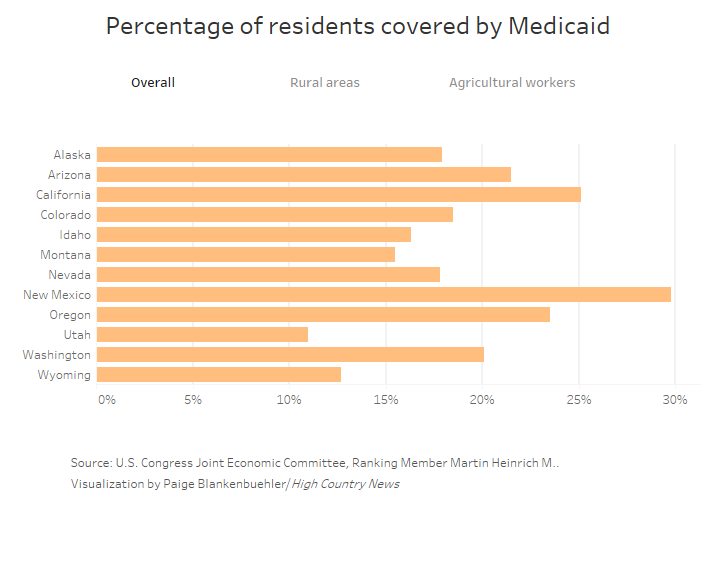 In Western states, Montana residents could be especially hurt if the AHCA were passed because of the state’s Medicaid expansion, which covered 142,000 people—or 14 percent of the state’s population (only 2 percent were covered by Medicaid before the ACA, also known as Obamacare). Ruby Denison, a small-scale farmer in Hamilton, Montana, worries about the fate of those people under reform. “Prices have gone up, and companies that used to cover the health care expenses of spouses are scaling back those offers,” Denison said. “Our small farmers in Montana really struggle, and Medicaid has created a pathway for people. We would be hugely impacted here if that disappeared.”

But those not covered under Medicaid could also be vulnerable to changes. Dale McCall’s son, Tim, and his family have health care coverage from the open market. “It’s very limited protection,” McCall said. “We are concerned. I know that he worries that without adequate coverage a major health issue could impact (him or) his family.” Farming is ranked among the most dangerous professions, and agricultural workers had an injury rate far higher than do mining or manufacturing workers. In 2015, the injury rate for agricultural workers was over 40 percent higher than the average rate for all workers. “They work with machinery, and even exposure to the environment — skin cancer and other things like that — farmers have to consider,” McCall said. “It’s also rigorous work. Thirty to 40 years of that really begin to take a toll on the human body.”

Older and sicker populations, who are more concentrated in rural areas, are also more vulnerable to health care reductions. McCall, also the president of the Rocky Mountain Farmers Union, worries about imminent changes to coverage of pre-existing conditions under the Republicans’ proposed health care plan. “It appears that people over 50 years could be charged significantly more,” McCall said. “Of course a lot of farmers and ranchers, me included, fall well above that.” The average age of those in the agricultural sector is 58 — and increasing, according to the Department of Agriculture; they’re also more likely to have pre-exisiting conditions. The Congressional Budget Office found that under the AHCA, 40 percent of people 50 to 64 years old could be denied coverage in the individual market without the ACA’s protections for those with pre-existing conditions. Since the new plan includes a provision that gives insurers the option not to cover those with pre-existing conditions — or raise the rates significantly for those who do. Under the AHCA, those with pre-exisiting conditions would likely be forced into “high-risk pools” — how states provided coverage before the ACA for people with serious medical issues, but at a much higher rate. That would increase their health care costs and could cause them to drop out.

What exactly is inside the AHCA, of course, remains nebulous. The version that passed the House is likely to change, as a small group of Republican lawmakers scramble to rework the plan before putting it to a full Senate vote, which they hope to do before the July 4 recess. “That pace doesn’t seem realistic,” McCall said. “It’s still a long ways from being passed. I hope they take enough time to do it correctly, and that the Senate will consider provisions that would make it more palatable.” 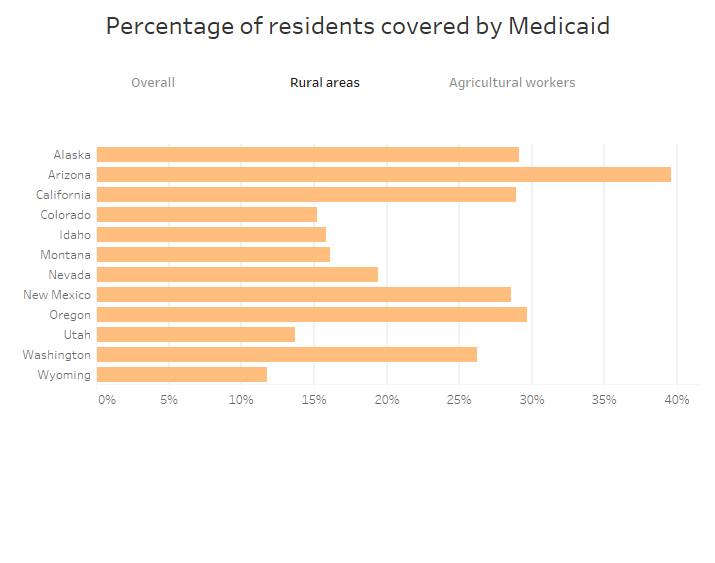 Paige Blankenbuehler is an assistant editor at High Country News.