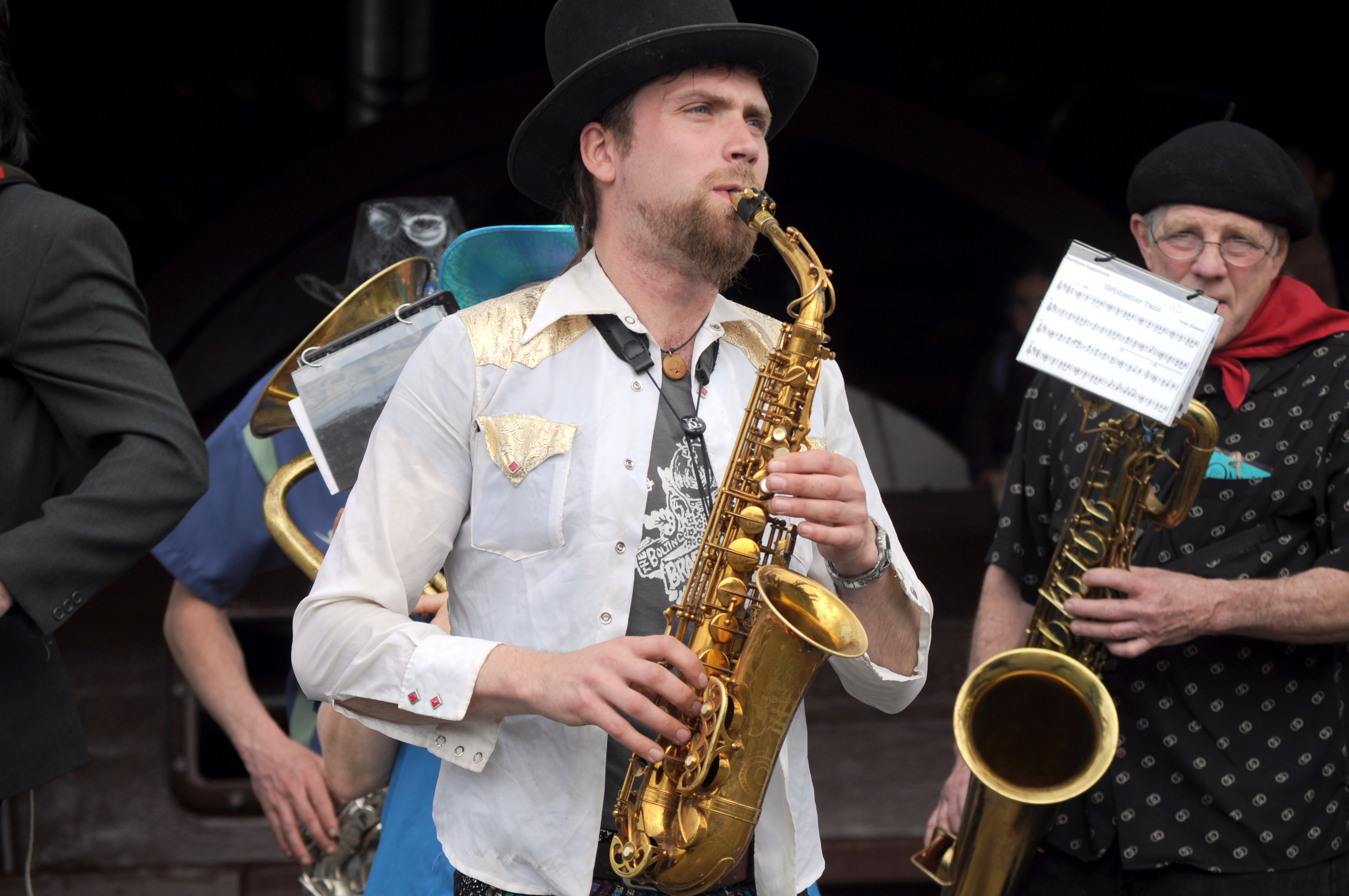 One of my favorite events of the year kicks off this Friday in Georgetown, carrying on in Pioneer Square, downtown’s Waterfront Park and Columbia City over the weekend. Brass bands from around the world descend on Seattle, bringing high-energy live music, absurd costumes and an unparalleled amount of ragtag showmanship to the streets. It’s worth finding, whether you want to hang out in industrial Georgetown under the overpasses, or wander in the sun at the Waterfront Park on Saturday afternoon, time will go too fast.

So how do you participate in a conversation about racial equity when you're white? A line-up of white speakers — including Diana Falchuk, Sarah Lippek, Jon Greenberg, Emily Pothast and Jim Jewell — chime in about white supremacy, living in majority-white Seattle, the legacy of racism and their role in achieving racial justice. Should be provocative.

The critically-acclaimed "visually sumptuous" production returns. Choreographed by artistic director Olivier Wevers, Approaching Ecstasy weaves a full-length dance piece inspired by the poems of a closeted gay man in Egypt with the musical performance of The Esoterics and The St. Helens String Quartet and their 40 singers and 5 instrumentalists. The chorus sings 18 love poems in English and in Greek. I'd write more but I missed this when it first premiered in 2012 so I'm looking forward to seeing it now.

Imagine a sunny Saturday morning spent wandering the sloping hills of Phinney Ridge, a cup of Stumptown coffee in one hand and a homemade cookie in the other, both sold to you by a local elementary school kid. Imagine you have a pocketful of cash, then you tuck that cookie under your arm to examine a particularly beautiful earthenware mug, or nostalgically point to a Kermit the Frog puppet. These are just a few of the gems you may find at Phinney-Greenwood Neighborhood Garage Sale Day. With over 100 sales (shown in a map available on their website) and a flea market in the Phinney Neighborhood Center parking lot, you’re sure to find something you need, or never knew you needed.

One of my favorite parts of SIFF is the amazing array of documentaries they manage to assemble and premiere. There’s something for everybody, whether you like nature docs (Chasing Coral and The Last Animals), inspiring biopics (Winnie, Dirtbag: The Legend of Fred Beckey, and Dolores), food docs (Fermented and Kakehashi: A Portrait of Chef Nobuo Fukuda) or *gasp* something light-hearted (try Behind the Curtain: Todrick Hall). Best of all, SIFF does an admirable job of bringing social change documentaries to the table (long before my friends in other places get to see them). This year, I recommend Whose Streets? — currently at a 100 percent rating on Rotten Tomatoes — which tells the story of Ferguson, Missouri with evocative, on-the-streets footage that will leave you breathless, moved and inspired.