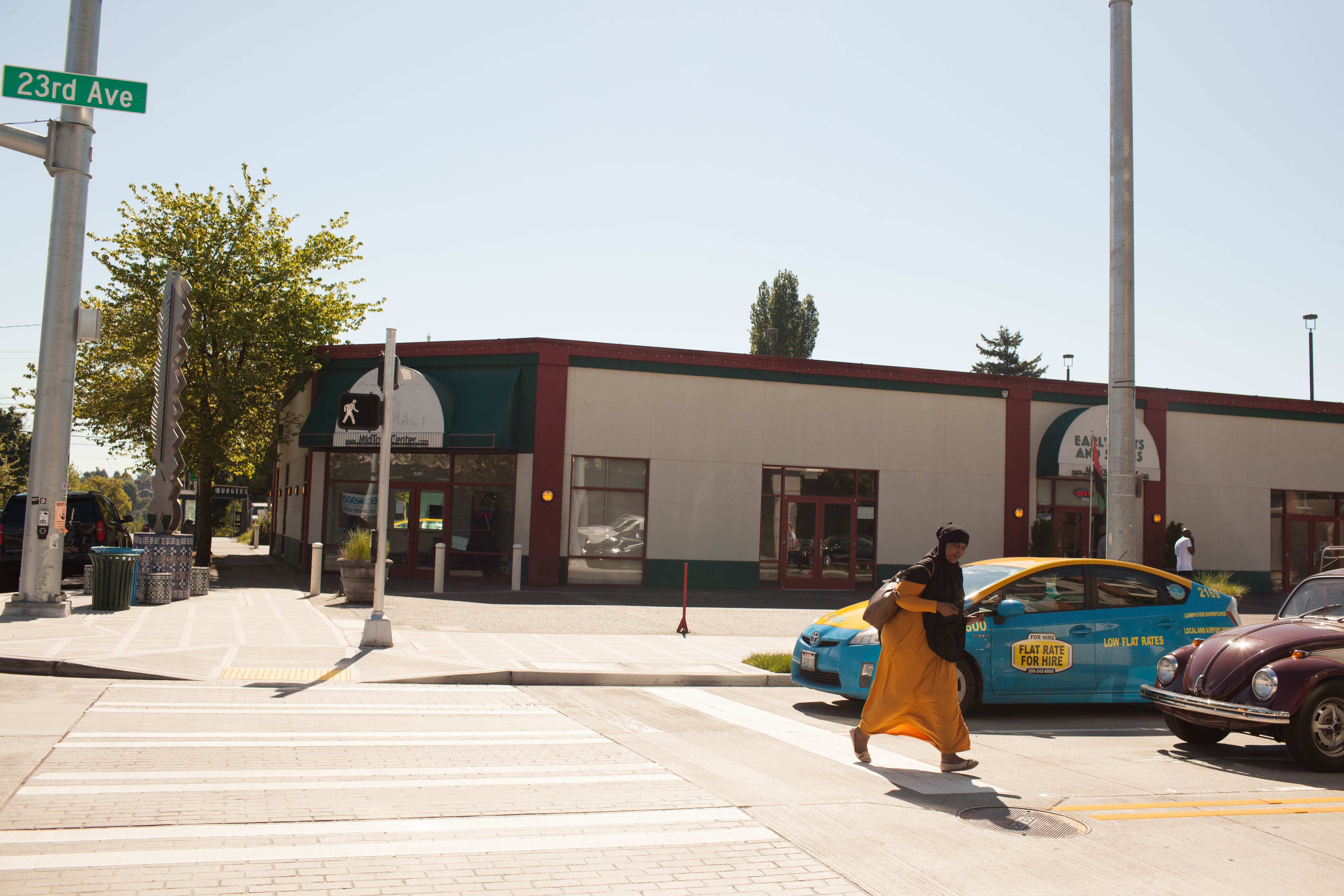 The southeast corner of 23rd Avenue and East Union Street.

Three iconic corners in Seattle's Central District — the historically African-American community that was formed out of years of discriminatory lending and is now facing rapid gentrification — will soon look much different. The Seattle City Council Monday signed off on a set of zoning changes at three intersections on 23rd Avenue — at Jackson, Cherry and Union Streets — that will allow for taller buildings and set into motion a program for more affordable housing.

The city has already made similar changes in the University District and in South Lake Union. But in a neighborhood that has long felt the weight of growth and a quickly elevating cost-of-living  — the once majority black neighborhood is now mostly white — taller development projects are welcomed by some for what it might bring in the way of cheaper housing and feared for how they might displace anchor tenants.

At 23rd and Jackson sits the Promenade 23, with its Red Apple market, regarded as a longtime community hub. In a former Subway next door, artists have set up space where community members can record their memories of shopping at the store. The development wing of Paul Allen's Vulcan Company recently purchased the property for $30.9 million and plans to redevelop it into housing and retail. The project could result in more than 100 affordable housing apartments but Red Apple's future at this location is bleak.

At 23rd and Cherry is Coyote Central, a creative center for young people. Across the street is 701 Coffee.

And at 23rd and Union lives the MidTown Center, home to the black-owned barber shop Earl’s Cuts and Styles. The organization Africatown recently partnered with Forterra, a land preservation organization, and development company Lake Union Partners, to construct a large apartment complex that will be nearly 50 percent affordable — as many as 125 units.

Dramatic change has already come to the Central District, change that stoked protests and boycotts of white-owned businesses that have moved in. Uncle Ike's pot shop now sells marijuana just steps away from where young African Americans used to get arrested, before pot was legal, for doing the same.

Development is not likely to stop with or without these zoning changes. Monday's council vote will allow construction projects to rise higher — up to three stories more per building. But the legislation will also require developers to either build or pay into an affordable housing fund that will eventually amount to 50 apartments across these three intersections, the city estimates. While the city cannot dictate new housing or retail space go first to people at-risk of being displaced from the neighborhood, the hope is to help put into place a scenario where that might be more likely. Included in the suite of proposals passed Monday was a resolution stating the council's intention to work with the Central District community going forward.

Next, the council will look to pass similar upzoning legislation in the Chinatown International District, another neighborhood thick with history and also racked with fears of displacement.

In the wings for next year: a council vote that ushers in upzoning citywide.