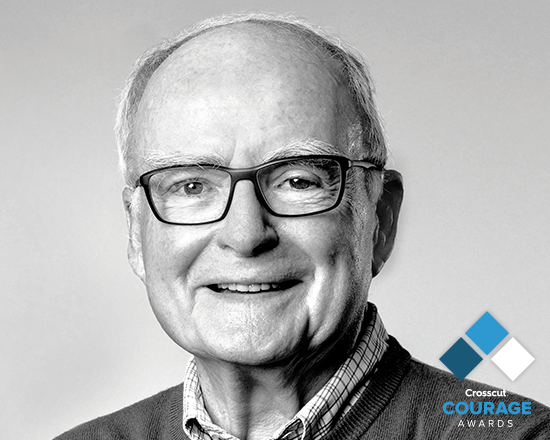 The newspapers called it the Saturday Night Massacre. It was 1973, and President Richard Nixon was consumed by scandal. Former White House aide Alexander Butterfield had just dropped a bombshell by testifying that Nixon had been secretly recording conversations in the Oval Office. Special prosecutor Archibald Cox moved in for the kill, demanding that Nixon turn over the tapes.

Nixon, clearly aware of what those recordings would mean for his career, instead ordered Cox fired. When two of his top justice department staffers refused to carry out the order, they instead offered their resignations and were summarily fired themselves.

“Loyalty to the President did not go to things that I thought were fundamentally wrong,” says one of those staffers, William “Bill” Ruckelshaus, today. “I still believe that.”

Ruckelshaus, now 85 and a longtime Seattle resident, is the winner of Crosscut’s 2017 Courage Award for Lifetime Achievement. He and five other winners will be honored on October 12 at the Crosscut Courage Awards Breakfast. Individual tickets as well as tables are available now for reservations.

While perhaps best known for his role during Watergate, Bill Ruckelshaus has had a long and distinguished career of public service.

Indiana born and a lawyer by trade, Ruckelshaus became the first administrator of the Environmental Protection Agency in 1970. The environmental movement was exploding as greens demanded that the federal government curb the increasing visible evidence of air and water pollution causing serious health problems across the country.

Ruckelshaus pushed for new federal pollution standards and even overruled a federal judge by banning the use of the pesticide DDT, calling it a “potential human carcinogen.”

Three years later, in the midst of the Watergate scandal, he was appointed acting director of the FBI. He served for less than three months before he shifted to the Justice Department, becoming Deputy Attorney General. That job, too, was short-lived, as Watergate consumed Nixon’s presidency.

But Ruckelshaus’s career didn’t end there. Far from it.

In the years since his time in the “other Washington,” he has served as U.S. envoy for the Pacific Salmon Treaty, chair of Washington State’s Puget Sound Partnership, and co-chair of the Joint Ocean Commission Initiative and the Ocean Acidification Blue Ribbon Panel.

In 2015, President Obama awarded Ruckelshaus with the Presidential Medal of Freedom as a “dedicated public servant who has worked tirelessly to protect public health and combat global challenges such as climate change.”

Today, at 85, Bill Ruckelshaus is a strategic director with the Seattle-based venture capital firm Madrona Ventures. Still, his passion for public service continues as the chair of the Ruckelshaus Center at the University of Washington and  Washington State University where the mission is to provide solutions to public policy challenges in the Pacific Northwest.

“I’ve never been able to get the fulfillment that I do outside of some kind of public service, and I don’t think I ever will.”

Editor's note: Profiles of the other Courage Award Winners will appear in the coming weeks. Meanwhile, you can register here for the Crosscut Courage Awards Breakfast on Oct. 12.

The 2017 Courage Award for Lifetime Achievement is brought to you by the University of Washington.