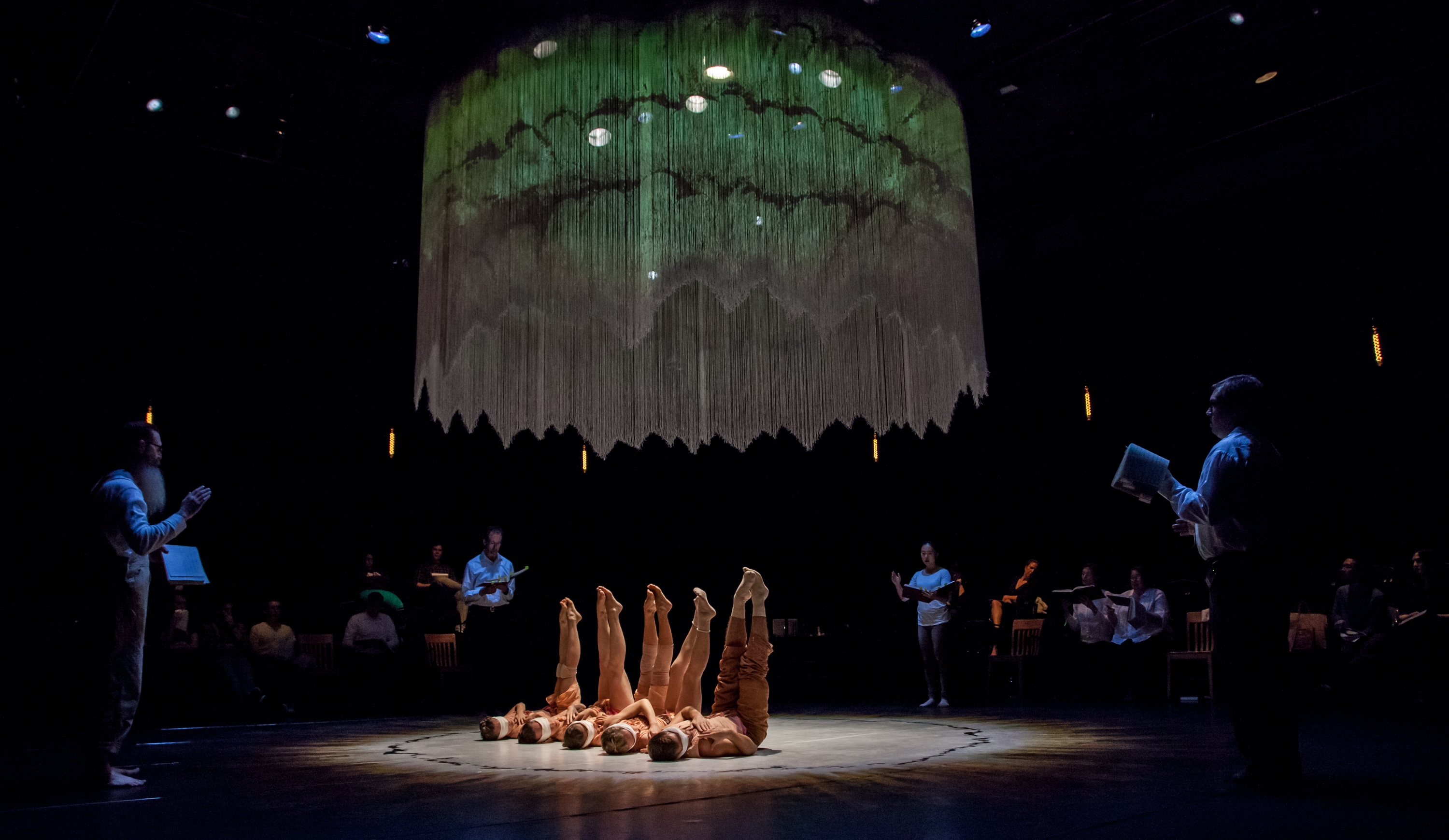 Clear and Sweet 360º by zoe | juniper will be screened as part of Local Sightings 2017.

Celebrate films from all over the Pacific Northwest at the 20th annual Local Sightings Film Festival. The festival kicks off Friday night with Early Mistakes- Live! (think more illuminative bloopers and the stories behind them, featuring local talent), followed by a free opening night party. Dozens of shorts and features, including the docs Hype! and No Man’s Land (about the Bundy family occupation of national lands in OR) will be shown on the big screen. Special presentations to look forward to at this year’s festival include the Indigenous Showcase: Sandra Osawa Retrospective (artists in attendance!) and an all-forum consuming and interactive performance by local dance artists zoe| juniper. And that’s just this first weekend! Check out the full schedule here.

Last year on a flight, I sat next to a guy who worked in Deadhorse, Alaska, near the Arctic Circle for part of the year. At the annual Alaska State Fair, they celebrate the accomplishments of the locals –including growing the largest pumpkin. Because of the proximity to the Arctic Circle, summer days are VERY long and the pumpkins are, appropriately enough, VERY large. “I saw a picture of my coworker’s family with the pumpkin,” he told me of the 1,469 lb winning beast, “and his ENTIRE FAMILY was sitting on the pumpkin.” This weekend, head to Elysian Brewery in Georgetown for our own local pumpkin weigh-off, sanctioned by the Great Pumpkin Commonwealth, where local growers compete for the largest pumpkin. Spectators can enjoy pumpkin painting, food trucks, a music performance by folk-icana band The Hasslers, and, of course, Elysian beer on tap. And, note: next weekend’s Great Pumpkin Beer Festival will take place at the Seattle Center, with over 80 pumpkin beers on tap and 100% of proceeds going to Fred Hutchinson Cancer Research Center.

Maybe it’s the soundtrack? Maybe it’s the relatability? Maybe it’s the acting. . .? All right, it’s definitely the soundtrack. And the fact that Patrick Swayze, Jennifer Grey, and Jerry Orbach all hit peak sex appeal at exactly the same time: 1987. Regardless, for many people (including me) Dirty Dancing has staying power. As part of the 2nd Annual (nationwide!) Art House Theatre Day, SIFF will be showing the low-budget-turned-cult-classic at SIFF Cinema Uptown. Watermelon Bellinis will be available at the concession stand, and festivities will include singing along to music videos AND a watermelon carrying contest, followed, of course, by a showing of Dirty Dancing on the big screen. Here's something to help you prepare:

Beauty is Experience: Dancing 50 and Beyond

What does it mean to be a dancer of a certain age? Writer Emmaly Wiederholt and photographer Gregory Bartning explore the question in their new book, a three-year creation that includes interviews with 50 dancers aged 50 to 95. Among the interviewees are a handful of locals: Rubina Carmona, Mark Haim, Shirley Jenkins, Wade Madsen, Tara Stepenberg, Christian Swenson, Iris Tansman and Deborah Wolf. The book's author and photographer and some of the local dancers will be in attendance.

Roy Choi, the "street cook" creator of the gourmet Korean taco, is profiled in this new children's picture book. Food ethnographer and book co-author June Jo Lee talks about how Choi revolutionized street food. She's the co-founder of  READERS to EATERS, the book's publisher that aims to promote literacy through stories about food.

Correction: This column has been updated; the film Lane 1974 is not being screened as part of Local Sightings.