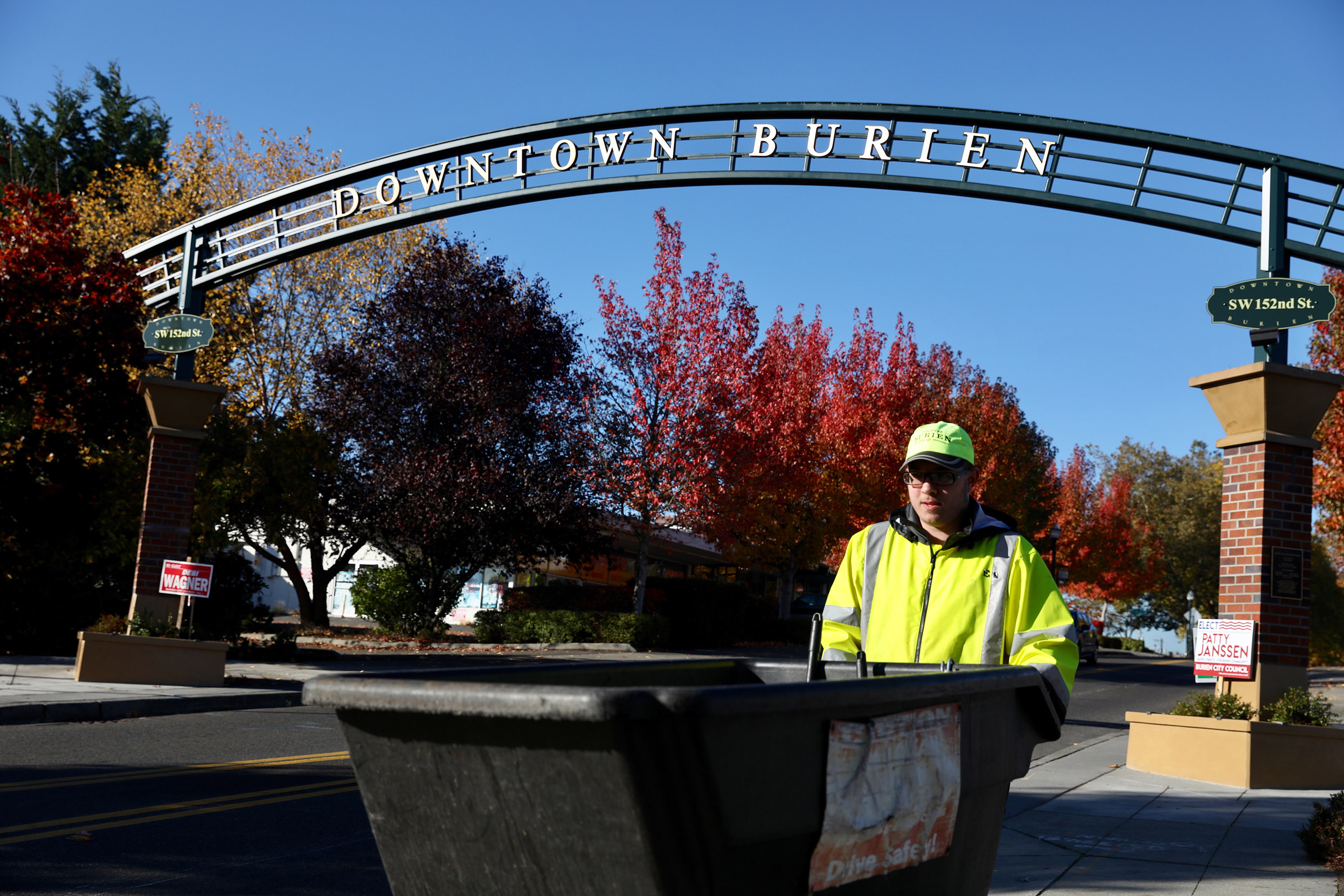 The fallout from a flier that circulated in a Seattle suburb, which purported to point to the addresses of undocumented immigrants who had committed certain crimes, was evident on Monday, as dozens gathered in Burien’s Town Square to protest the letter.

King County Executive Dow Constantine organized the event and condemned Respect Washington, the group responsible for the flier, in no uncertain terms.

“You are the ones who are not welcome here, or any place in America,” Constantine said, referring to the group, as those in the crowd cheered and applauded. This “is nothing but fear mongering straight out of Trump’s playbook.”

“This is not the Burien I know,” Constantine continued. “Together, we will stand for the true meaning of America.” Constantine also pointed to the anti-Muslim graffiti recently found in a girls bathroom at Kent-Meridian High School as an example of the dangerous rhetoric permeating certain communities. The graffiti read “All Muslims dead on 10/30” and included swastikas and the hashtag “MAGA,” or Make America Great Again, which is a slogan President Trump used throughout his campaign.

“I, for one, am willing to stand up and condemn what they are trying to do to us,” Tosta said. She accused the group of “preying” on the population.

“I ask all Burien residents to stand up to this hate,” Tosta continued. “We can rise above this.”

“This is unacceptable behavior,” Stolz continued.

Stolz also accused the group of attempting to “scare people into doing the wrong thing.”

As speaker after speaker spoke against Respect Washington, one man, who would only identify himself as John, stood behind the crowd, disagreeing with the different leaders and shouting various taunts, such as "liar!"

After the event, John admitted Respect Washington's flier was probably "not such a good idea." But he also said that some people on the list were responsible for crimes, whether or not the addresses were accurate. He went on to say that although he, as a carpenter, had worked with plenty of hardworking Mexicans who are only trying to provide for their family, he personally disagreed with those who arrived in the country illegally.

"They're breaking so many laws, and there are so many politicians who are aiding and abetting them," John said. "There's a lot of people in Burien, and around the country, who feel like they're not being heard. There are two sides to everything."

In defense of the flier, Respect Washington, pointed out that the letter had not included apartment numbers.

Even before Monday's event, however, certain community leaders had spoken out against Respect Washington's actions.

"I am asking all of us in Highline Public Schools to honor our students by fighting hatred and bigotry and modeling love and respect for all. This is who we are."

Enfield went on to ask others in the community to watch for signs of students who might be feeling fearful or threatened.

Respect Washington, as The Stranger previously pointed out, is partially funded by U.S. Inc., a Michigan-based “non-profit” founded by John Tanton, which the Southern Poverty Law Center calls the “racist architect of the modern anti-immigrant movement.”

Respect Washington has led a crusade against so-called sanctuary cities in the state. Craig Keller, a West Seattle resident who has twice run unsuccessfully for Congress as a Republican, founded the group. Keller attempted to repeal the so-called sanctuary status of both Burien and Spokane by putting measures to roll back the cities’ sanctuary status on their respective November ballots.

Although Burien has remained a sanctuary city, there is a contentious City Council race currently underway that many residents feel could be decisive in deciding the future direction of the community.

Jimmy Matta, for example, who grew up in Washington but whose parents immigrated from Guatemala, is in a heated battle with Debi Wagner for a position on Burien’s City Council. Wagner, along with another City Council member and Mayor Lucy Krakowiak, supported Respect Washington’s effort to put Burien’s sanctuary status on the November ballot.

Wagner, who also previously donated to the group, has spoken out against Respect Washington since the circulation of the flier erupted in controversy, saying she was "shocked at printing names and addresses of individuals in the community who may now be concerned about their safety."

But on Facebook, some indicated Wagner's condemnation of the group was, as one individual put it, "too little, too late."