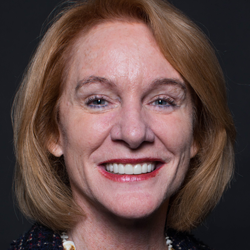 In 2009, President Barack Obama named Durkan to be U.S. Attorney for Western Washington. As U.S. Attorney, she crafted the consent decree that led to reform in the Seattle Police Department.

3 Questions for the Candidates

What are you dreading most about being mayor?

Can you describe a situation where you confronted your privilege?

What do you do when you encounter a homeless person on the street?

On the dropped proposal to add density to all single-family neighborhoods: “We have to have more density in every part of the city and no one is going to escape that, so the only question is how, when and what type of density? The original [Housing Affordability and Livability Agenda] recommendation would have changed the zoning in single-family zones. The question is was it right to withdraw that? I think it was for very pragmatic political reasons. I think it would have made the whole deal unravel.” –Interview with Crosscut

“We must provide more emergency shelter immediately. We should have an immediate goal of 50 to 100 additional beds in each City Council district, which would provide a safe alternative to sleeping on the streets each night to as many as 700 additional people…. We must commit to exploring with King County a regional consolidation of homelessness services under one roof. Homelessness is a regional problem that needs a regional solution. This approach would reduce administrative overhead and better coordinate service delivery. The current fragmented and siloed aspects of the system  —  with the County doing the bulk of mental health, while the City handles the bulk of the shelter for single homeless adults  —  could be streamlined.” –Medium

On the consent decree: “These reforms have made the department better without sacrificing effective policing. As use of force has dropped, the Monitor found there has not been an increase in crime or injuries to officers. But we also know that community trust can be earned or lost with every officer interaction. We must keep pushing and evaluating if policies, training and oversight are working in practice and to make sure the community has a voice in that process.” –Durkan’s Website

What Jenny Durkan’s Time as U.S. Attorney Says About Her As a Candidate - seattle weekly

The Prosecutor: Jenny Durkan embraces place in the Establishment - The Stranger 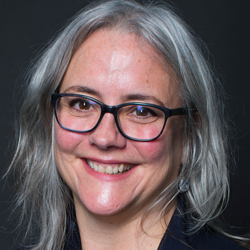 Worked as an engineer in manufacturing companies and at the U.S. Department of Labor. Co-Founder and Director of the People’s Waterfront Coalition, which led the advocacy effort for a tunnel-free waterfront.

3 Questions for the Candidates

What are you dreading most about being mayor?

Can you describe a situation where you confronted your privilege?

What do you do when you encounter a homeless person on the street?

“If you look at what’s causing price escalation, it’s not just our growth. Growth is good. People are moving here for healthy, good reasons. Everyone should feel welcome, everyone belongs here. That’s not the problem. The problem is when people see growth happening, outside forces come in and prey on that. We need to figure out what’s legal here, build political will and use that revenue we generate to plow back into affordable housing.” –Interview with Crosscut

“Prioritize long-term supportive housing options and housing first approaches. Vouchers offer only a temporary reprieve; this funding ends up in the hands of for-profit landlords, leaving families to face the same unaffordable rents after their vouchers expire. Work with shelter providers to identify how to help long-term residents transition to more permanent housing. Provide more low-barrier shelters that allow the right mix of options to match needs, such as allowing pets and enabling couples to stay together. Address the immediate need for emergency shelter with temporary solutions like more self-governed tiny house villages hosted by churches and neighborhoods as we get more lasting solutions in motion. Expand shelters for women and victims of domestic violence that are essential to their survival. Invest in treatment for mental health and drug and alcohol dependency.” –Moon’s Website

“Follow through on community oversight of police and push for continued progress toward anti-racist policing and a fairer criminal justice system.” –Moon’s Website

Cary Moon Wants to Crack Down on Real-Estate Profiteers. Will That Help? - seattle weekly

The Urbanist: From City Planning to Anti-tunnel activism - The Stranger

*Funds raised are updated as of October 15, 2017
**Candidate's net worth is provided by C is for Crank.