Democrats poised to have total control of Olympia 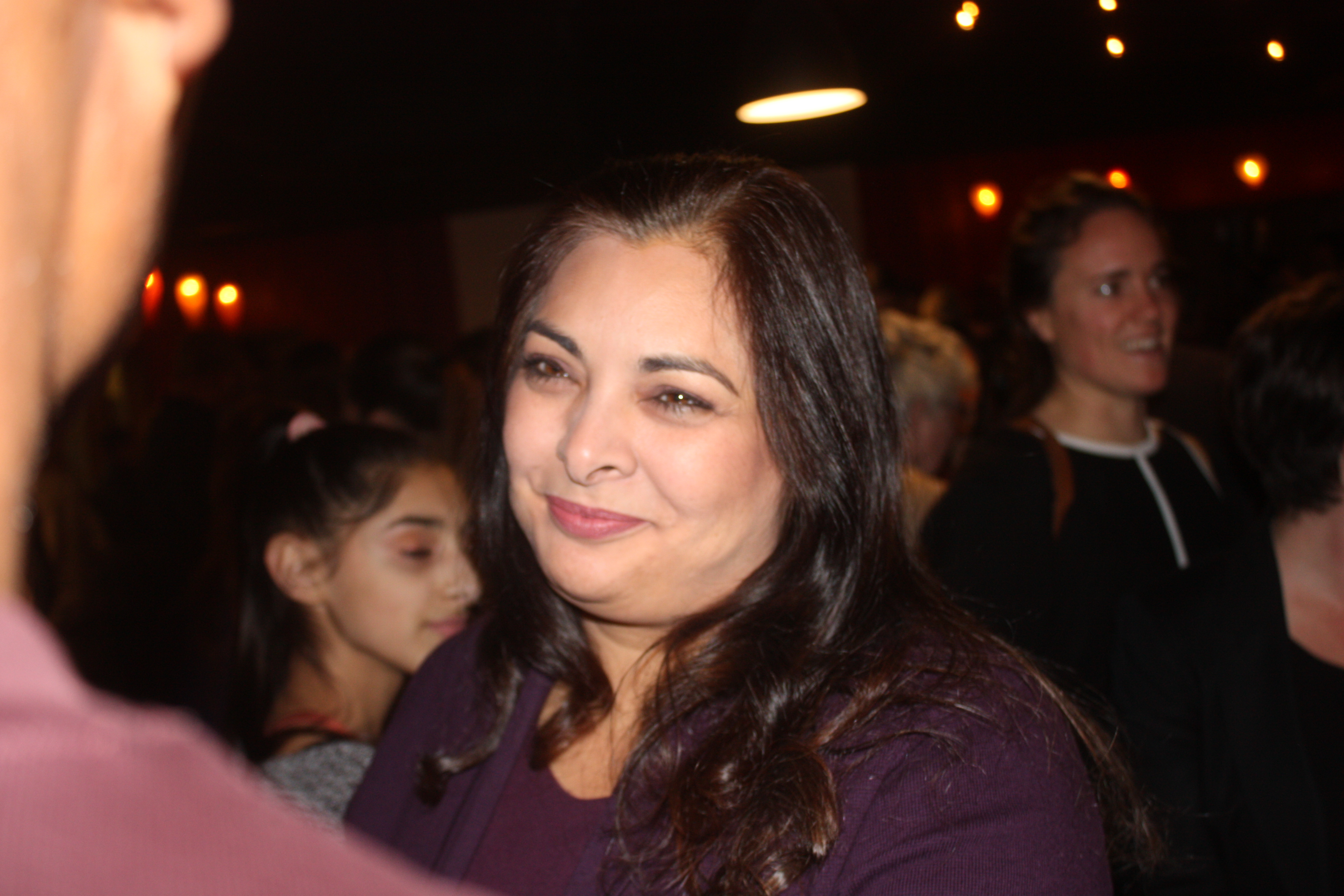 Manka Dhingra talks with supporters at her election night party in Woodinville.

A couple weeks ago, state senate candidate Manka Dhingra hit the sidewalks knocking on doors. She ended up talking with a small government Trump Republican. He told Dhingra that a local teacher respected her as a Democrat, and that was enough for him to vote for her.

That may have been good enough for many people in the 45th District. As of Tuesday night’s election result drop, Dhingra was leading Republican Jinyoung Lee Englund 55.4 percent to 44.6 percent.

It’s a significant race because a Dhingra win means that Democrats will control the Washington State Senate, putting Democrats in charge of both statehouse chambers and the governorship. Democrats now have an opportunity to resurrect and pass bills that have stalled for five years in the Legislature. It also creates an entire West Coast blue wall of Democratic legislatures and governors.

Dhingra’s long-time roots in the northeastern Seattle suburbs of the 45th District were likely a factor in her apparent win over Englund. Dhingra, 43, has lived 21 years in the district while Englund, 33, had lived there for less than a year.

Dhingra has participated in numerous community activities and county programs over the past two decades. “Being involved in many different buckets helped,” she said.

Englund has not conceded, and her campaign spokeswoman Lisa Schreiner said Englund is “cautiously optimistic” that late ballots will overcome Tuesday evening’s gap. Dhingra believes a 10-point gap is too big to overcome.

“You’ve done it. We were hoping for a win, and that was way over 10 points. That was a landslide,” Washington Attorney Bob Ferguson said in a speech at Dhingra’s victory party in Woodinville. Dhingra said: “I absolutely did not expect a 10-point gap.”

This was the most expensive legislative race in Washington’s history because control of the state Senate and the whole Legislature hinged on it. The stakes are so high that $8.5 million — somewhat evenly split between the two candidates — has been spent. More than half of that money has come from independent political action committees outside of the 45th District.

“That tells me that we need campaign finance reform,” Dhingra said.

Democrats have a slight 50-48 edge in the House. Going into Tuesday, Republicans had a tiny 25-24 edge in the Senate, and have used that advantage to block major Democratic bills for five years.

The affluent 45th is Washington’s most purple swing district, including parts of Redmond, Kirkland, Duvall, Sammamish, Woodinville and a huge chunk of rural, upscale commuter neighborhoods. Throughout the past decade, it has had a Republican state senator and two Democratic state representatives. The district has leaned Democratic in past national elections, with Clinton winning by 35 percentage points last year — a larger margin than Obama’s 17 percent win in 2012.

Dhingra’s win increases the likelihood that Washington could pass a capital-gains tax in 2018, mandatory abortion insurance, increased internet privacy rules and a possible tweaking of a new property tax.

"We've had good bipartisan successes in Olympia over the past few years and that will continue. I also look forward to action on some issues that have stalled for too long,” Gov. Jay Inslee said via Skype to the crowd.

With Dhingra’s victory, the Democrats can modify a controversial property-tax overhaul that was passed after Washington Supreme Court’s 2012 McCleary ruling that ordered massive changes to how the state government funds basic education, which has deadlocked Democrats and Republicans for five years.

On Oct. 24, the Supreme Court heard arguments on whether the Legislature finally has met the McCleary ruling’s mandate with the property-tax overhaul. The court will soon announce its decision. If the Supreme Court rules that the Legislature has failed, the 2018 legislative session will have to deal with the follow-up. And if more McCleary work is needed, the Democrats will likely move on to a capital-gains tax, and Dhingra’s victory makes its passage more likely in 2018.