For Durkan, after the party comes the weight of being mayor 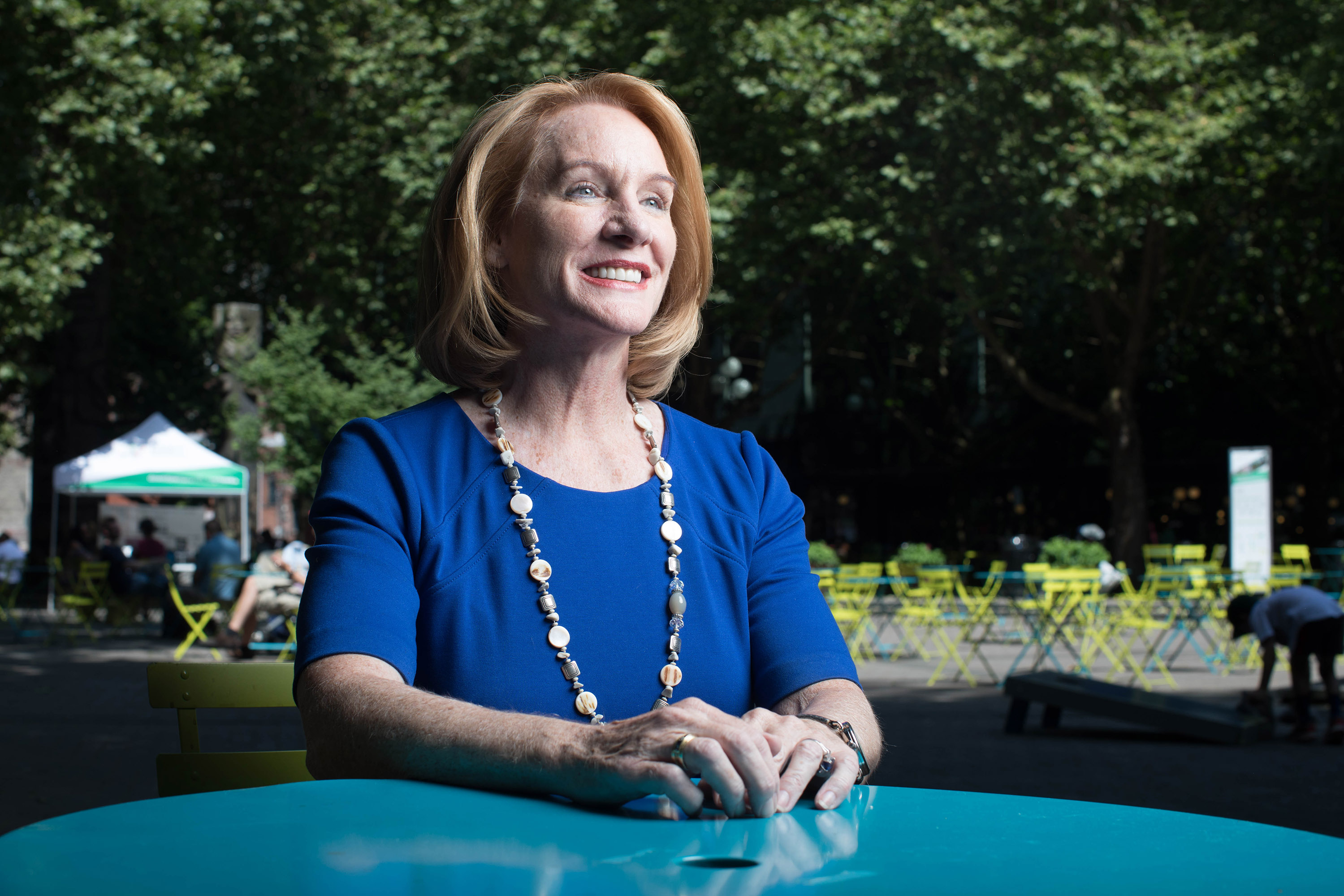 Jenny Durkan didn’t stay long at her own victory party. She swept in more than a half-hour after the results showed her 20-point lead, delivered a succinct speech, moved through waiting reporters like a buffet line, and made her way toward the lobby of the Westin hotel. Then she went home, sending one of her two sons out for Dick’s hamburgers and fries, which she ate with her family.

It wasn’t until Wednesday morning that the weight of her historic mayoral win settled in, held at bay the night before by the exuberance of the results. “I don’t look at the city the same,” she says, sitting in her Eastlake campaign offices Wednesday afternoon. “Even in the morning, I got up to walk to go have breakfast and you just look at everything differently when you’re the mayor-elect and you realize you’re the person responsible for making sure that things go like they’re supposed to go…. Nothing really prepares you for the realization that this is the new normal. Every day you get up, you’re gonna be mayor and you’ve got a big job to do.”

Since Tuesday night, she’s received hundreds of text messages and emails and says she’s either spoken or exchanged messages with a majority of the Seattle City Council. She hasn’t reached out directly to any department heads and says she probably won’t until she’s figured out her own staffing. She’s also spoken briefly with interim-Mayor Tim Burgess, who told her how, even after years as a council member just five flights down from the mayor's office at City Hall, he underestimated just how weighty the job could be. He makes a really important decision every ten minutes, he told her.

Durkan hasn’t had much sleep lately and that won’t change. She has a skimpy three weeks before she moves into the seventh-floor offices of City Hall, less than half the standard transition time. So where past mayors-elect maybe took some days off, even a week, Durkan will take only two: Thanksgiving and the day after.

Her near empty campaign offices in this office complex will be left behind for an office in the Central Building in downtown Seattle, the same building where she once practiced law. Her transition staff will be large, she says, with committees and subcommittees, with people from her campaign plus outside civic leaders. Transitions tend to be a greatest hits of well-known names in and around local government.

Every mayor structures the office differently. Durkan wouldn’t give details about how she'd organize her office, but said she expected the hierarchy to be flatter than a pyramid. As U.S. Attorney, she had one main assistant and a large swath of special assistants and they all met at least once a week. She doesn’t want access to be a privilege, she says.

The transition will continue into when she is sworn into office on November 28. Had her swearing-in date not been upended by former Mayor Ed Murray’s resignation, she may have placed exceptional importance on her first hundred days, but things being what they are, she won’t likely start that clock until January 1. “We won’t have any wholesale changes,” she says. In other words, no mass firings of acting department heads.

As she does settle in, her first items to tee up are not surprising: “A plan for homelessness, affordability and economic opportunity and transportation,” she says. Whether her agenda comes in the form of quick legislation, task forces or executive orders, she wouldn’t say. But in the first hundred days she promised to “deliver at least what the framework looks like.”

Durkan’s win was decisive. Talk of “mandates” is perhaps not as common on a local level as they are in national politics, but when asked if she felt the results of this election gave her license to be “bold” in her approach, she says yes, pointing both to her margin as well as Teresa Mosqueda’s for City Council position 8. “I think that she was a person who ran a race with a very similar approach to mine…. She was much more about how do we pull together to get these problems done than her opponent. And I think the margin of her race showed very clearly voters wanted that kind of approach to government.”

In how that translates to governing, Durkan says, “I think it helps me in talking with council members and them looking at these results with Teresa being there and Lorena [González] being there, knowing that these were people out in the same rooms I was in, feeling the same things I was feeling.”

At the time of her interview with Crosscut, Cary Moon had not yet conceded and the two had not spoken. But Durkan said when they did, she would congratulate Moon on a good campaign. “I’m gonna tell her I congratulate her on a really great race she ran and I hope she gets some time with her family and I want to talk to her about what her vision is for Seattle.”

The latter sentiment — bringing in the ideas of your vanquished opponent — is a common refrain at the end of a campaign. And although Moon fell short, she was the de facto candidate for a powerful voice in City Hall: activists. Durkan will have to confront them, perhaps daily.

Durkan says it's necessary to "reach out to those people and their base as quickly as you can, as inclusively as you can. People already feel disconnected."

She'll be held to that.