Bidding farewell to Bakeman's and a sandwich hero 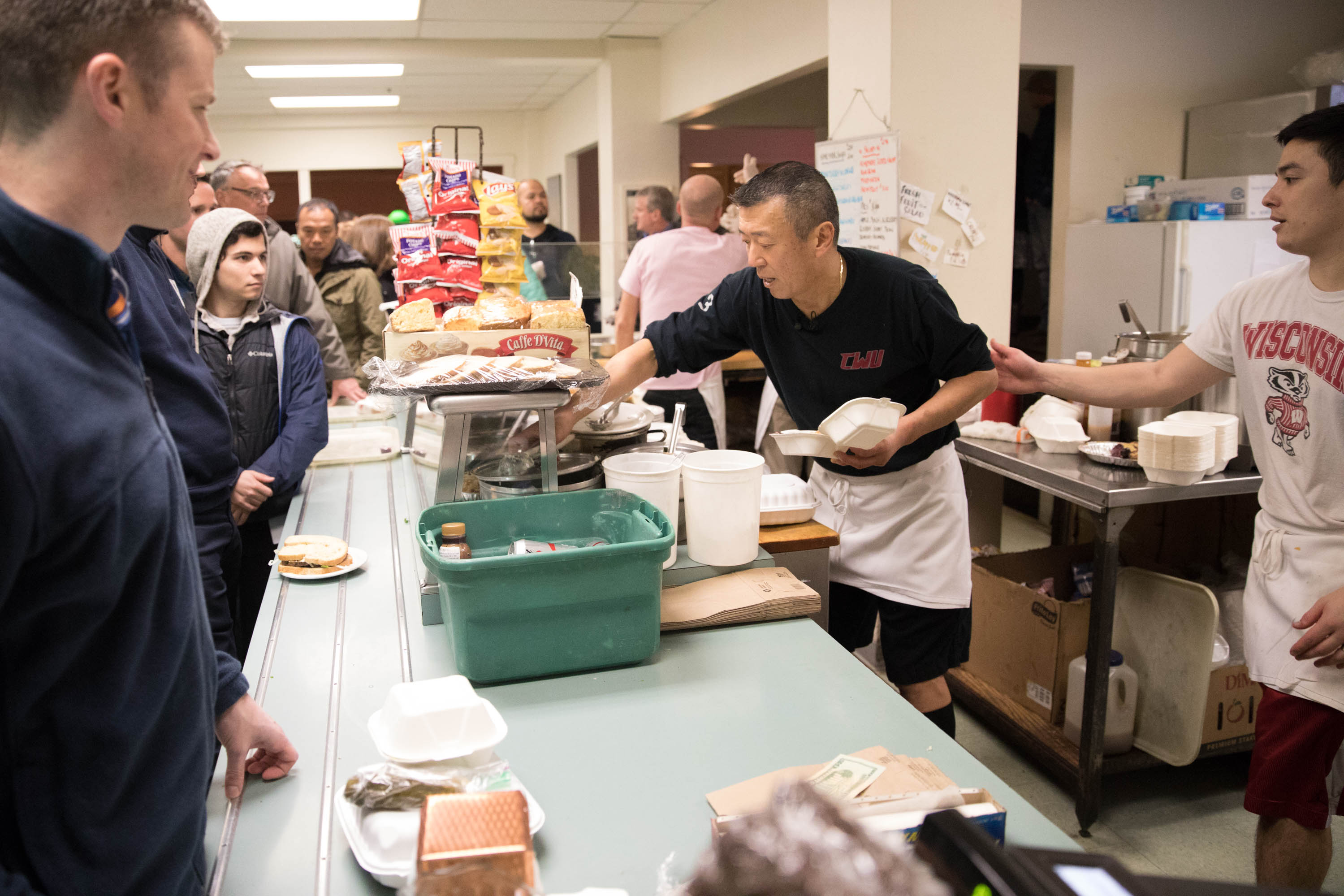 Owner Jason Wang grabs a slice of one of his signature pies for a customer at Bakeman's Restaurant in Seattle.

Every weekday Jason Wang and his crew of hard-working employees start their morning roasting turkey and baking meatloaf for the hundreds of hungry customers who filter into his cafeteria-style restaurant for an affordable lunch.

For the past 47 years, his Bakeman's restaurant in Seattle's Pioneer Square has been a staple for people working in the downtown corridor. And Wang has become a kind of local celeb.

"What the hell are you waiting for?" he'll yell at a customer who hesitates at the cash register, unsure about whether to order a slice of pie that Wang recommends. That attitude, served with a smile, has earned him the “Sandwich Nazi” moniker, a reference to a famous Seinfeld TV episode from the 1990s.

“We’re always serving a few hundred people but there was a time, after the 'Sandwich Nazi’ thing, when we served 600 to 700 every single day.”

The other day, Wang was ringing up customers who were standing in a long line that wound through the restaurant, out the door and up the stairs onto the corner of 2nd and Cherry Streets.

When he took over the restaurant in 1970, business was much different. “It took about three years before I was regularly busy,” he says.

“I’ve loved making food for everyone who came in over the years,” Wang says.

Bakeman's hasn’t changed much over time. There are old photographs of Seattle that appear to have lived on the walls for as long as the restaurant has existed. A dusty boom box sits high on a shelf playing music that can't be heard over the chatter of lunch conversations and food orders being shouted.

For many who visit Bakeman’s, the place has become much more than just a spot for no-frills food during the a relentless downtown workday. Customers happily order their same favorites day after day, knowing that if they make a mistake they'll get gently ribbed by Wang.

Wang plans to close the restaurant on Dec. 22.

“I’m ready to retire,” he says. “I’m looking forward to finally have some time off.”

The closing of yet another Seattle establishment is bittersweet for both owner and his longtime customers.