Here's how to piss off Trump: Support Jeff Bezos 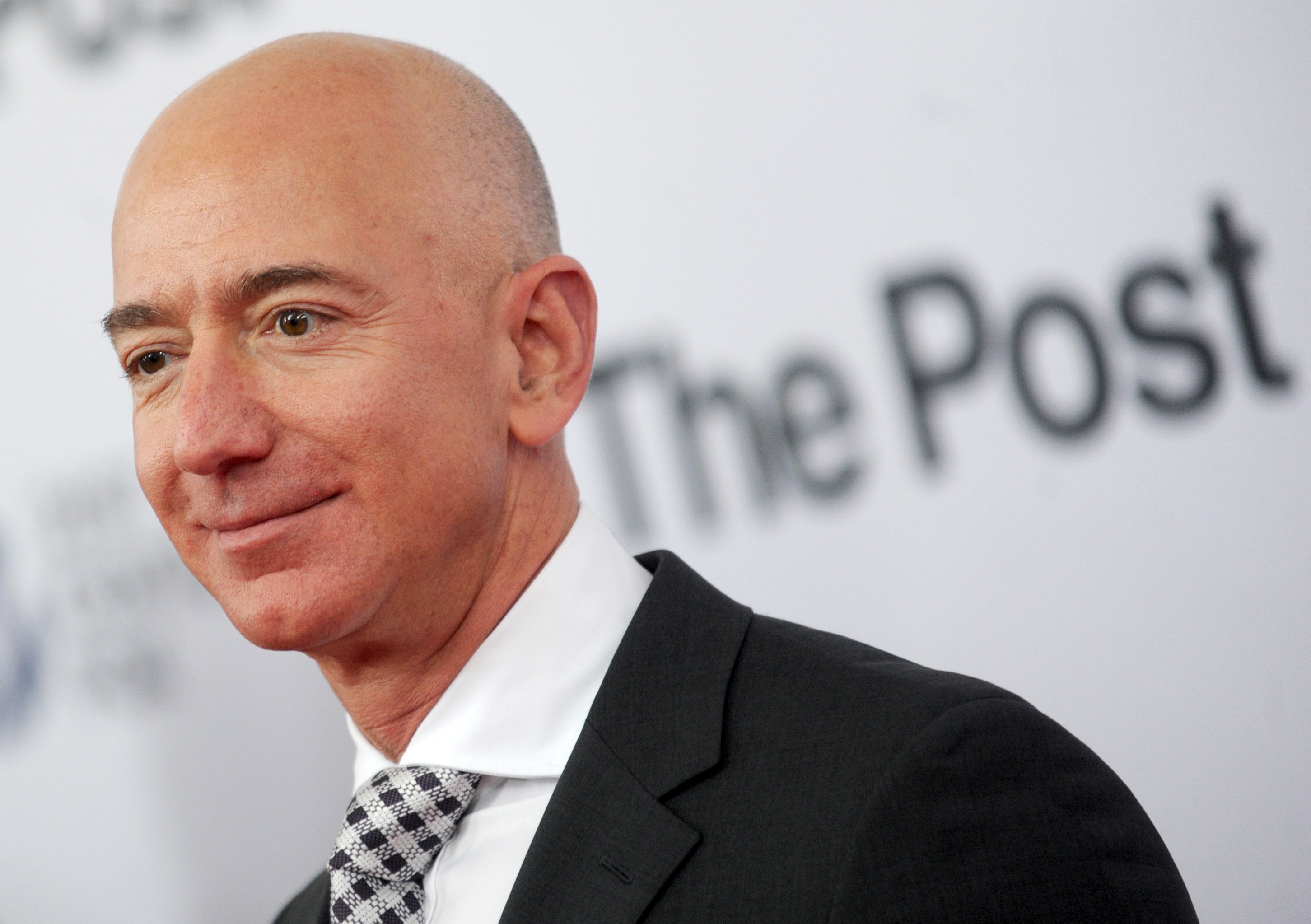 Jeff Bezos at the premiere of 'The Post' on Dec. 14 in Washington, DC. Credit: Dennis Van Tine/MediaPunch/IPX

Trump himself has been highly critical of Alexa’s parent, Amazon, and the company’s parent, Jeff Bezos. Trump has raised anti-trust questions about the company and called them a “monopoly.” He has accused them of paying too little in taxes (let’s see your returns, Mr. President!). He has also accused them of destroying retail jobs and of being undercharged by the U.S. Postal Service.

One suspects that Trump’s attitude is driven more by jealousy than principle. Bezos, after all, started with less and has become, for better or worse, the mega-billionaire Trump wants us all to believe he is. Bezos is now the richest man in the world — we seem to breed them out here in Socialist Seattle — having beat Trump at the money game. Bezos reportedly “earned” over $19 billion in 2017.

And Bezos even does charity better. While Trump’s foundation buys portraits of Dear Leader, Bezos just gave $33 million to a scholarship fund for DACA’s Dreamers. That must really piss Trump off, though it was basically sofa money for Bezos who made $52 million per day last year. He makes more in one minute than a millennial does in a year.

But I think what really drives Trump’s attitude is Bezos’ ownership of the Washington Post — a newspaper that has revived under Bezos’ ownership and is providing great journalism and commentary in the Trump era.

The story of a president being goaded by the independent journalism of the Post is being told right now in an entertaining example of newspaper movie porn, a Steven Spielberg feature film called “The Post.” It tells the story of the paper — led by the incomparable Katharine Graham (played by Meryl Streep) — standing up to the government in 1971 when the family-owned newspaper risked its future by publishing the Pentagon Papers. Those were classified government reports on the history of U.S. Vietnam policy leaked by Daniel Ellsberg. An ensuing Supreme Court case upheld the right of the U.S. news media to publish without government restraint.

That leak and subsequent victory by the media drove then-President Richard Nixon crazy — or crazier. The Pentagon Papers revealed that successive administrations had been lying for decades about the prospects for “victory” in Vietnam and had been sending young Americans to die in a war long after knowing it was futile.

The movie features some classic Nixon tirades against the Post. They are not unlike Trump’s Twitter rants and authoritarian impulses voiced so readily, and more publicly, today. Nixon at least had the class to try and keep his spewings secret! Tricky Dick responded to the Pentagon Papers’ leak by forming the so-called White House Plumbers, who were assigned to get dirt on Ellsberg and stop government leaks and leakers. The effort eventually led to the Watergate break-in, an event that wound up in Nixon’s resignation and permanently secured the Post its position in journalistic legend for the work exposing the scandal by Bob Woodward and Carl Bernstein, and the ultimate leaker, Deep Throat.

Will Trump’s hate of Amazon lead to impeachable overreach? He has already threatened legal action over unfavorable press, including promising to find ways to strengthen libel laws. He has demanded that publication of an unflattering biography, “Fire and Fury,” be stopped. It was not. It must irritate Trump to no end that “Fire and Fury” is Number One on Amazon’s bestseller list. Mexico isn’t paying for the wall, but Jeff Bezos is making money off Trump’s unflattering bio. Trump will look for a way to get even.

Bezos reportedly stays out of any editorial decision-making at the Post, which has run articles critical of Amazon. Bezos’ main contributions appear to be on the business and investment side, funding the hiring of editorial staff and boosting online circulation. Trump, however, has accused the paper of being a tool of Amazon. In Trump’s world, a separation between business and editorial, personal and professional, is inconceivable.

Trump has a grudge against Amazon and Bezos and it’s partly tied to the editorial direction of the Post. If Seattle wants to cheer pestering, exposing and holding Trump accountable, Jeff Bezos’ investment in the free press is a good place to start.