Where a divided Washington can find common ground: Health care 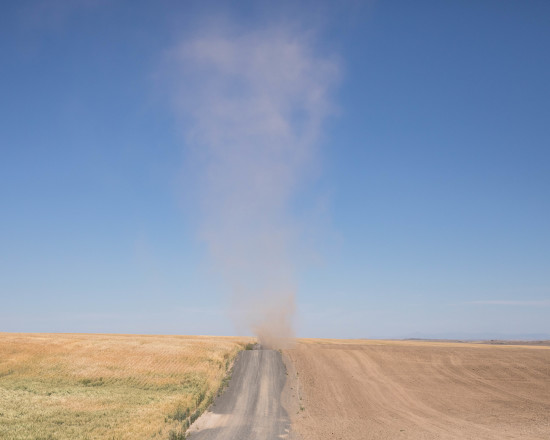 As our ferry crossed the Columbia River near the Grand Coulee Dam, I reached into my pocket and turned on the fire/EMS radio. Monitoring for emergency traffic is a habit for volunteers in rural Washington, and I was just getting back home to Lincoln County.

Pager tones sounded as we approached the dock, summoning an ambulance to the Keller Ferry Marina for a possible spinal-injury patient coming in by boat. On a good day, it would be at least 25 minutes for the ambulance to gather a crew of volunteers — an aging population has thinned the available recruiting pool, and working residents with long commutes make staffing daytime responses particularly tough — and travel the 15 miles of steep, winding road down to the river. With road construction underway, though, it would be at least 40 minutes.

But, since I was just five minutes away, I headed directly there to assess the need for a helicopter transport and, hopefully, provide reassurance. As I reached the boat, a tense question hung in the air: “Is there a hospital around here?”

The vacationers docked at the Keller Marina on Lake Roosevelt were regulars, visiting from western Washington to soak up the sun. Finding a hospital wasn’t on the itinerary. But now a young woman had been injured jumping off rocks into the lake, and her family was about to discover the Critical Access Hospital network. The local Wilbur ambulance would take her to one of the rural hospitals in the network.

The program has been key to maintaining access to essential services for rural residents, tourists and travelers just passing through. But the more than 20-year-old system faces uncertainty about its ability to continue to assure reasonable levels of health care in rural parts of the state.

Swift emergency medical response and a choice of hospitals are an ordinary piece of the urban landscape in Seattle. Not so much in a land of empty skies and sagebrush slopes.

The Critical Access Hospital lifeline was established in 1997 in reaction to a flurry of rural hospital closures, mostly in Midwest and southeastern states. Some of those closures and consolidations in areas of dwindling populations were healthy, but it threw a scare into small hospitals all over the country.

Basic eligibility for the "Critical Access Hospital" designation by the federal Centers for Medicare and Medicaid Services requires a distance of 35 miles or more to the next closest hospital and staffing to provide 24-hour emergency services. Meeting the 35-mile minimum isn’t a problem in Washington’s large rural counties.

Most of rural Washington is served by public hospital districts, supported by local property taxes in addition to fee-for-service income. All have joined the critical hospital program.

The carrot for accepting federal requirements was cost-based reimbursement from Medicare and Medicaid — vital for facilities where Medicare is almost always the largest payer. The stick was fear of hospital closure. Rural hospitals are either the largest or second-largest employer in rural counties. For every dollar put into the health-care system, $22 returns to the community in economic benefit, according to the Washington State Hospital Association.

Cost-based reimbursement has been critical to sustaining the U.S. health-care model in low-volume areas but it’s no longer enough. Rural hospitals are increasingly disadvantaged by payment systems based on limited networks and volume discounts. And the fine print in the Affordable Care Act cut back federal reimbursement rates to less than the cost of operation for federally funded programs.

The pace of hospital closures picked up again in 2015. Washington has escaped closures but the financial health of small hospitals is shaky. The cost driver isn’t the hospital or the ER, it’s the primary care clinic. Recruiting and retaining doctors or mid-level providers — like physician assistants or advanced registered nurse practitioners — in a competitive job market is expensive. Farm families who used to scrape by and purchase private insurance found themselves swept into the Medicaid expansion pool, shifting more cost onto a shrinking base of private insurance.

Preserving rural health-care infrastructure should concern everyone who enjoys outdoor recreation and travel. It’s vital to sustainable rural communities. It’s where urban and rural concerns should find common ground and an ideal place to experiment with different approaches to health care vs. sick care. The small scope and scale of operations makes change easier to implement. And if necessity is the mother of invention, financial desperation is the father of institutional flexibility.

The state hospital association recognizes the need to maintain vital rural access points and has been working with the state on solutions. “How do we design a system that balances the need for appropriate services with the cost?” said Jacqueline Barton True, director of rural health programs for WSHA .

The Washington Legislature in 2017 instructed the Health Care Authority to pursue a new financial model, particularly for the most remote and underserved areas. The Washington Rural Health Access Preservation group has been working for two years on a pilot project to test a new model that incorporates both cost and value into payments.

Keeping emergency and primary care while dropping inpatient acute care services looked like the obvious place to stanch the financial red ink when the access preservation group started its work. Detailed financial analysis said they were wrong, according to Pat Justis, executive director of the Washington State Office of Rural Health. The problem is the payment system, not the low inpatient counts that, in the smallest hospitals, have dropped to as low as one person in the hospital every other day.

The Department of Health is working closely with the Association of Washington Public Hospital Districts and the hospitals association on locally driven health-care systems. Administrators and elected trustees at rural hospitals are digging deep into how their facilities operate, how payment systems are structured and what their communities need. Washington’s Critical Access Hospital network is ready to innovate.

The holdup is federal restrictions on payments still tied to the volume of visits rather than access to care and measurements of quality outcomes. The increasing emphasis on early access to primary care — helping people stay healthier and prevent complications — still needs a hospital in the system for backup. Critical access CEOs are organizing their care systems to make that happen. “If you’re being paid for quality, that’s where the opportunity is, in strengthening primary care,” said Justis. She was reluctant to speculate on how long it might take to reach an agreement with the federal government. There is interest in the other Washington, but decisions move slowly in federal bureaucracies.

Fortunately for the young woman at the Keller Marina, she was midway between Critical Access Hospital facilities in Grand Coulee and Davenport. Her trip to an emergency room and access to a doctor was speedy by rural standards. And with skilled care nearby, the prognosis was good.

Health-care access is more than having insurance. It’s lights and sirens, bricks and mortar, and professionals with stethoscopes looped around their necks when you need them. It’s an invisible infrastructure easily taken for granted. Invisible — until playing what EMTs call “stupid human tricks” on Lake Roosevelt leads to dialing 911.