Reward rises to $1.5M for info on killing of federal prosecutor 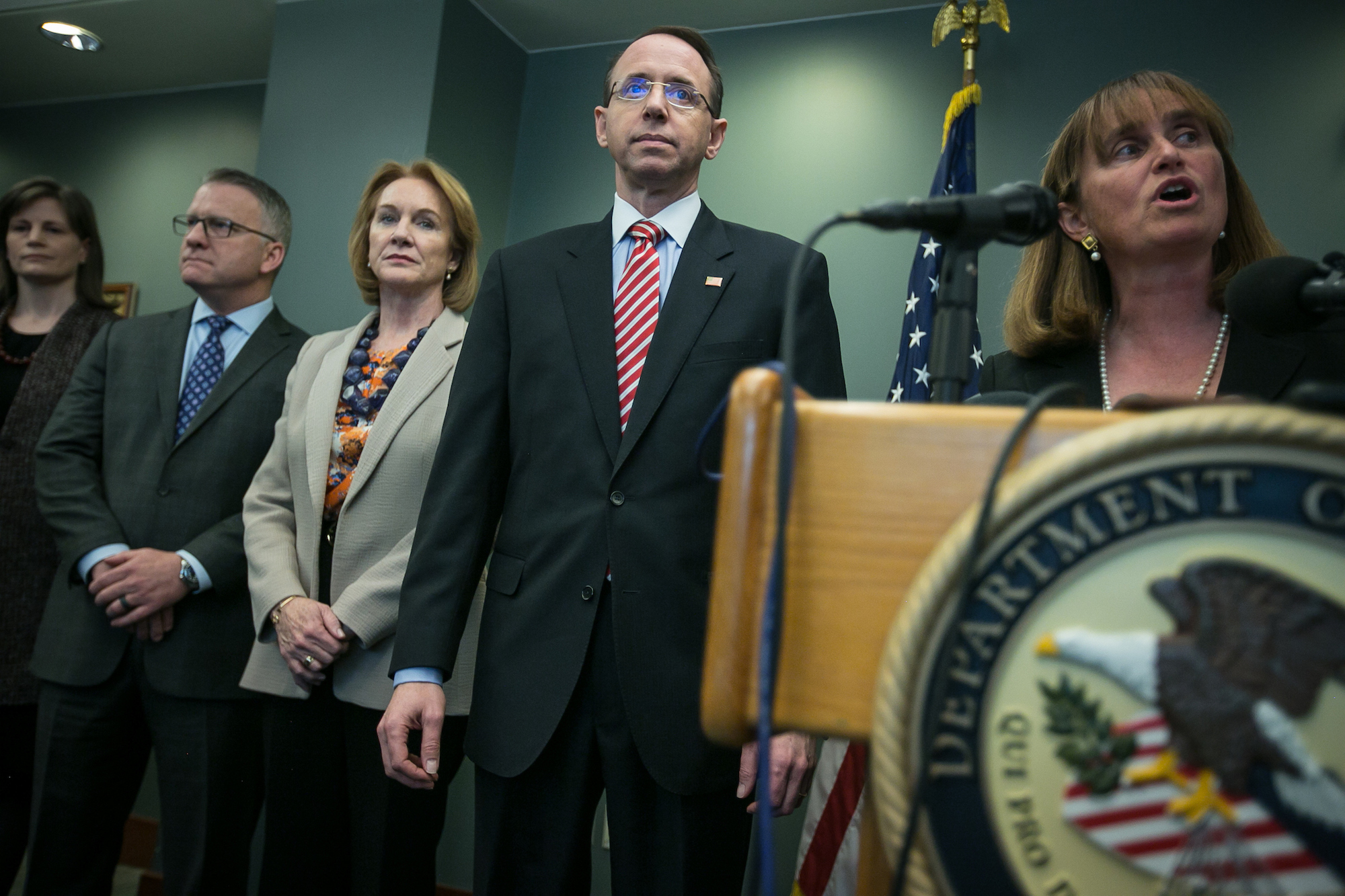 For almost 17 years, Tom Wales’ murder has been an enigma to local and federal investigators. Late on an October night in 2001, Wales, a federal prosecutor, sat in the basement of his home in Seattle’s Queen Anne neighborhood. As he typed on his computer, Wales was shot several times by a gunman whose bullets pierced the basement windows.

An FBI-led task force has been investigating his death ever since, specifically probing whether his job as an assistant U.S. attorney might have been a factor.

On Wednesday — after almost seven years of relative silence from investigators — top FBI and U.S. Department of Justice officials and Seattle city leaders announced a renewed effort, including an increase in the financial reward, to solve Wales’ murder and bring his killer to justice.

But, they say, they need the public’s help now more than ever.

“It is not too late to come forward,” Seattle Mayor Jenny Durkan said at a press conference convened in a room at Seattle’s U.S. District Courthouse that is named in Wales’ memory. “The smallest thing could matter, so don’t think it’s too late. Don’t think what you know doesn’t matter and don’t think you shouldn’t have the courage to come forward.

“You should — it is the right thing to do and we hope that you do it.”

During most of the Obama administration, Durkan served as U.S. attorney for the Western District of Washington, heading the office where Wales had once worked.

To further incentivize people with information to speak up, leaders of the National Association of Former U.S. Attorneys are now pledging an extra $525,000 reward, on top of the $1 million maximum reward the U.S. Department of Justice has been offering for many years.

And to underscore the continued significance of the case to investigators, Deputy U.S. Attorney General Rod Rosenstein — the No. 2 leader of the U.S. Department of Justice — joined officials in Seattle for Wednesday’s press conference. “It is not acceptable to Tom’s family, friends and colleagues who remain in a state of uncertainty about how he died,” Rosenstein said.

He called the case “one of the highest priorities of the U.S. Department of Justice.”

Mike McKay, the president of the former U.S. attorneys’ group and a former U.S. attorney for the Western District of Washington, described Wales’ death as “a carefully planned execution,” because the killer “was familiar with Tom’s property and work habits” and specifically eluded motion-detecting floodlights outside Wales’ home.

“Many of us believe that the murder was connected with Tom’s work as an assistant U.S. attorney,” said McKay, who served as U.S. attorney for Western Washington from 1989 to 1993. “If so, Tom will be the first A.U.S.A. in the history of our country to be killed in the line of duty.”

Rosenstein said “there’s nothing else about the timing” of Wednesday’s press conference that was noteworthy other than the former U.S. attorneys’ pledge for an additional reward. “This is not just something we’re doing today; this is a persistent effort,” he said.

However, the officials’ announcement comes as The Seattle Times reported late Tuesday — citing an unnamed FBI source — that investigators now believe Wales’ death was part of a conspiracy among a few individuals and that a hired gunman was involved. The Times’ report called the revelation “a major step in the investigation” but noted that agents don’t have sufficient evidence yet to bring criminal charges. According to the Times, the criminal probe has long focused on a former Bellevue-area airline pilot, whom Wales had prosecuted in a contentious fraud case.

At Wednesday’s press conference, Jay Tabb, the FBI’s special agent in charge for Seattle, told reporters the renewed request for tips from the public “is not aimed at a specific person. It is aimed at some individuals that we know know something about this.”

Since the 10th anniversary of Wales’ death in 2011 — when officials last convened a press conference on the case — Tabb said the investigative task force had generated 21,000 documents out of more than 50,000 in all and, just in the last 12 months, served almost 50 subpoenas.

“This exhaustive work has allowed the task force to refine its efforts into several key areas,” Tabb said. “However, we still have significant work to do and … we need the public’s help.”

Wales’ daughter, Amy, stood alongside the officials on Wednesday, thanking them for their diligence and continued perseverance in the case.

“This case has always been about more than one man,” she said. “My father’s murder was an attack on the institutions of the United States. If a federal prosecutor can be brutally murdered for carrying out his prosecutorial duties, the law enforcement and judicial processes that keep all of us safe are fundamentally compromised.”