Is the sixth time the charm for Inslee's carbon tax?

The 2018 session of the Legislature is coming toward its final two weeks with some key environmental issues still undecided. 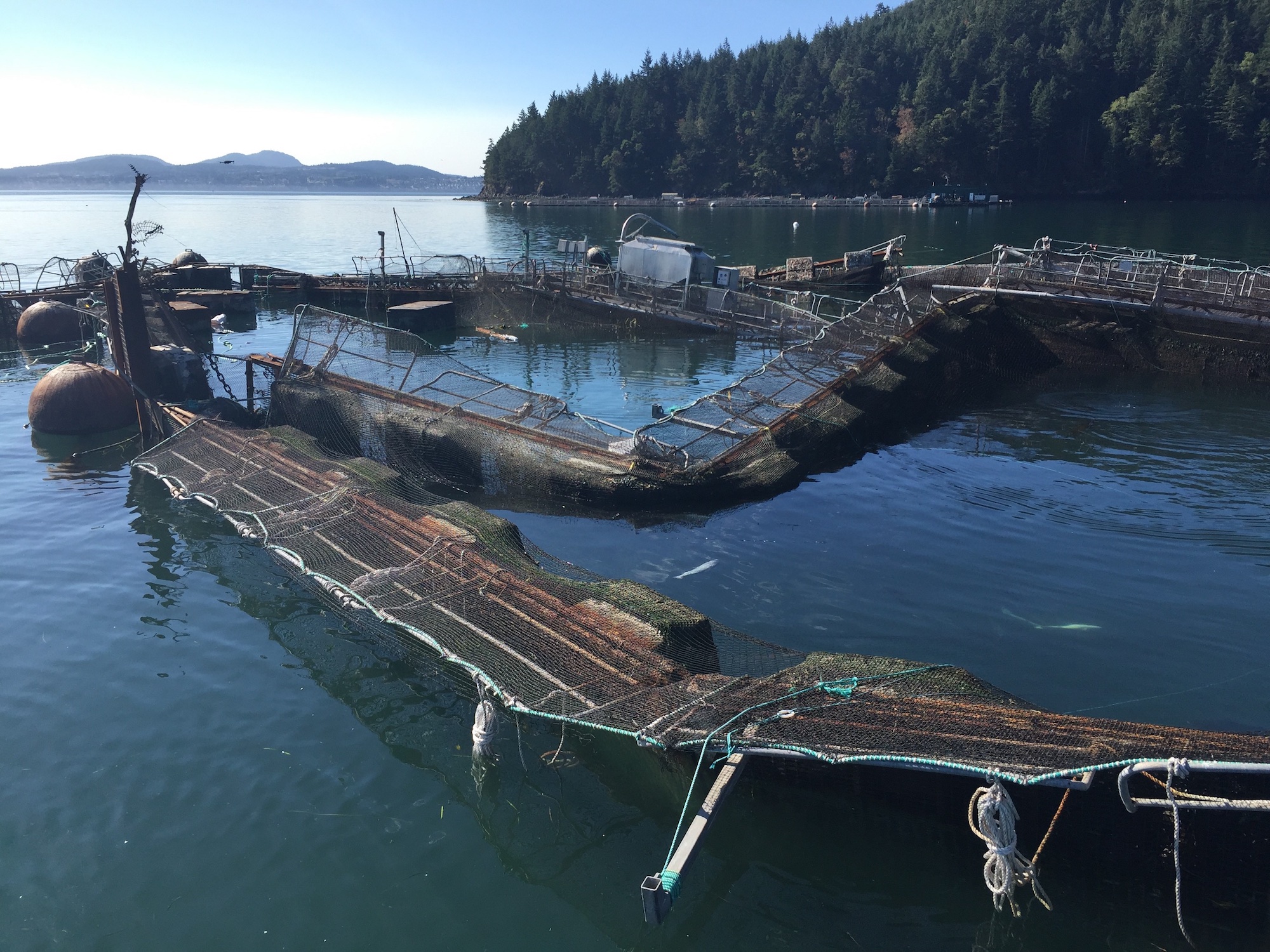 With just over two weeks left in the 2018 Washington state legislative session, key environmental bills are at critical junctures. Which are dead? Which are alive? Exciting questions remain. Will Washington become the first state to rein in toxic chemicals in food packaging? Will we become the first state to tax climate-warming gasses? Forces on both sides of those issues and others continue to battle. Here’s a roundup:

What’s on your burger wrapper? The answer could well be chemicals linked to cancer and hormone disruption. So, lawmakers are considering a ban: Washington could become the first state to ban a class of so-called perfluorinated chemicals (nicknamed “PFAS”) from food packaging, as well as from the firefighting foams that have contaminated some drinking water sources in our state (map here).

Status: Will the Senate act? The House passed the Healthy Food Packaging Act (HB 2658) sponsored by Rep. Joan McBride, a Democrat from Kirkland, which has been narrowed to ban only paper food packaging treated with PFAS chemicals — such as butter wrappers, microwave popcorn bags, bakery bags and fast-food wrappers. The ban would begin only after the state Department of Ecology identifies safer alternatives. The same chemicals  used in firefighting foam are the target of a Senate-passed bill (SB 6413). It prohibits the sale of firefighting foams containing the suspect chemicals except in certain instances, such as when there is no effective alternative. Whether that bill becomes law depends on how the House votes.

Will Washington become the first state to institute a carbon tax? Gov. Jay Inslee is trying for a sixth time to find a way to tax fossil-fuel use. What’s different this year: More businesses support the measure, including Microsoft and Puget Sound Energy. But it’s still an uphill challenge.

Status: Not dead yet. “We intend to pass it,” said Inslee, flanked by former Secretary of State John Kerry, an architect of the Paris Climate Accord, in a show of support at a Feb. 13 news conference. The bill from Democrat Reuven Carlyle of Seattle — SB 6203 — differs from Inslee’s original proposal. Examples: It would help low-income residents hit by higher energy costs — through grants, rebates or the like — and help displaced fossil-fuel industry workers with possible wage replacement or educational support or services like counseling. It also may not get the state to where it needs to actually lower carbon pollution enough to meet goals mandated in 2008 by the Legislature. That’s partly because, 10 years after the Legislature’s original commitment, this year’s bill grants exemptions to 67 industries including energy-intensive activities like airline fuels and concrete manufacturing as well as seemingly pastoral pursuits such as cheese manufacturing and turkey farms. While the original proposal initially taxed carbon emitted into the atmosphere at $20 a metric ton, the current bill starts at half that — akin to adding a dime to every gallon of gasoline purchased. (Comparison chart here).

Will Washington commit to stronger climate-protection targets? A bill sponsored by Rep. Joe Fitzgibbon, a Burien Democrat, aims to tighten the state’s climate-pollution reduction targets. The new goals: By 2035, the goal would be to reduce overall emissions to 40 percent below 1990 levels, compared to a current goal of 25 percent. By 2050, there’d be an 80 percent reduction below 1990 levels, versus a current goal of 50 percent. Those are similar to the national goals set under the Obama administration. The bill also sets an ambitious goal of reducing emissions in the next seven years to 19 percent below 1990 levels.

Status: The House passed the bill (HB 1144) along party lines, 50 to 48, on Valentine’s Day, minutes before the 5 p.m. deadline for bills to be approved in their house of origin. It remains to be seen whether the Senate will go along. Nick Abraham, a spokesman for the Washington Environmental Council, expresses optimism, citing a pro-environmental majority in the Senate. “We feel good. Once one house passes something, it always racks up the pressure on the other house.”

Oil spill prevention. After horrific scenes of oil-bearing trains exploding and killing people, the Legislature in 2015 passed legislation to improve safety of oil transport by rail — but the law failed to better protect the waters of Puget Sound from oil spills. Legislators now are considering an oil spill prevention bill (SB 6269) to correct that oversight and other issues, given that far more oil-laden tankers are expected to begin plying the Salish Sea shipping lanes – going from five tankers a month to 34. That’s thanks to two big changes since 2015. First, Canada’s national government has approved energy giant Kinder Morgan’s expansion of the Trans Mountain pipeline, although British Columbia has lately tried to stand in the way.  Second, the United States lifted a 40-year ban on exporting crude oil.  Washington’s four northern refineries, located in Whatcom and Skagit counties, are connected to the Kinder Morgan pipeline.

Status: Unclear. This bill is tied to the budget, so it can be passed any time before the legislative session’s scheduled end March 8.

Ban Atlantic salmon fish farms? The summertime escape of hundreds of thousands of farmed Atlantic salmon from a collapsed net pen by Cypress Island in the San Juans prompted a $332,000 state fine, termination of a lease and the industry being put under a microscope by state regulators due to concerns over the possible impact that the invasive species could have on native wild salmon. Legislators are weighing: Should Washington ban new leases for Atlantic salmon net-pen farming and forbid renewing existing leases?

Status: The Senate passed a bill (SB 6086) to do just that. The House more recently passed a less-stringent measure (HB 2957) intended “to phase out nonnative marine finfish aquaculture and to revisit the issue … once additional research becomes available.” For either to become law, it would have to be passed by the other house and sent to the governor. More likely, a compromise bill would have to be passed by both houses and signed by Inslee.

Old development rights. An unusual provision in Washington law has repeatedly authorized major real-estate developments to go forward even after they’ve been declared urban sprawl, which violates the state’s landmark Growth Management Act. This year, Rep. Roger Goodman, D-Seattle, again proposed putting some limits on the so-called “vesting” of development approvals, which have let thousands of homes be built based on land use rules at the time the proposals were first filed, before modern limits on development.

Status: The legislation (HB 2100) went nowhere. What’s next? Mike Ennis, a government affairs director at the Association of Washington Business, says he asked Goodman “to keep working with stakeholders to find a good path forward.”

Protecting fish and shorelines. A long-running controversy over how much development can be allowed in streams or bays where it can hurt increasingly imperiled fish was again an issue in the Legislature. Rep. Fitzgibbon, the Burien Democrat, sought to give the Washington State Department of Fish and Wildlife civil authority to crack down on unpermitted construction in state waters — ultimately allowing civil penalties of up to $10,000 for every violation. Status: It never left the Agriculture & Natural Resources committee. Ennis of AWB said: “We want to work with the stakeholders on agreement rather than ram a bill through that we don’t support.”

Air pollution at ports. Dirty air annually kills about 1,000 Washingtonians, yet at two key hubs for air pollution — the ports of Seattle and Tacoma — only about half of their short-haul trucks meet 2007 federal emissions standards, putting at risk the health of workers and neighbors. Rep. Jake Fey, D-Tacoma, proposed a bill (HB 2601) to ban at the ports any diesel delivery truck that doesn’t meet federal standards starting next Jan. 1. Status: The bill died, but port officials separately instituted a Jan. 1 deadline after a one-day walkout by hundreds independent truckers who sought a delay. Still, the drivers say they can’t afford to retrofit or buy cleaner trucks on earnings equivalent to minimum wage.

Water for development, or for salmon? Perhaps the most politically volatile environmental issue this year was a holdover from the 2017 legislative session that pitted rural landowners who want to build on their land against the state’s iconic salmon. It’s about how much water can be sucked out of the ground by water wells in rural areas without nearby streams running too low to support healthy fish runs. Streams without enough water in them grow too warm for salmon to live and spawn.

Status: In fairly short order, Gov. Inslee in January signed into law Democratic Sen. Kevin Van De Wege’s bill (SB 6091) entitled “Ensuring that water is available to support development.” While the Building Industry Association of Washington fully supports the result, FutureWise calls it inadequate and warns of impacts that “will be felt across the state.” The Center for Environmental Law & Policy, the leading environmental watchdog on Washington water law, predicts “dire consequences for Washington’s endangered salmon,” as more rural buildings will go up without being forced to replace the amount of water that will be lost in critical salmon-bearing streams. CELP staff attorney Dan Von Seggern said: “The best habitat in the world is worthless if there is not enough water in the streams.”

This story is part of InvestigateWest’s Statehouse News Project, a crowdfunded effort to provide independent reporting on environmental issues being considered by the 2018 Washington Legislature. Please support the project with a tax-deductible donation at www.invw.org/donate.