UW Republicans outnumbered by protesters at own rally 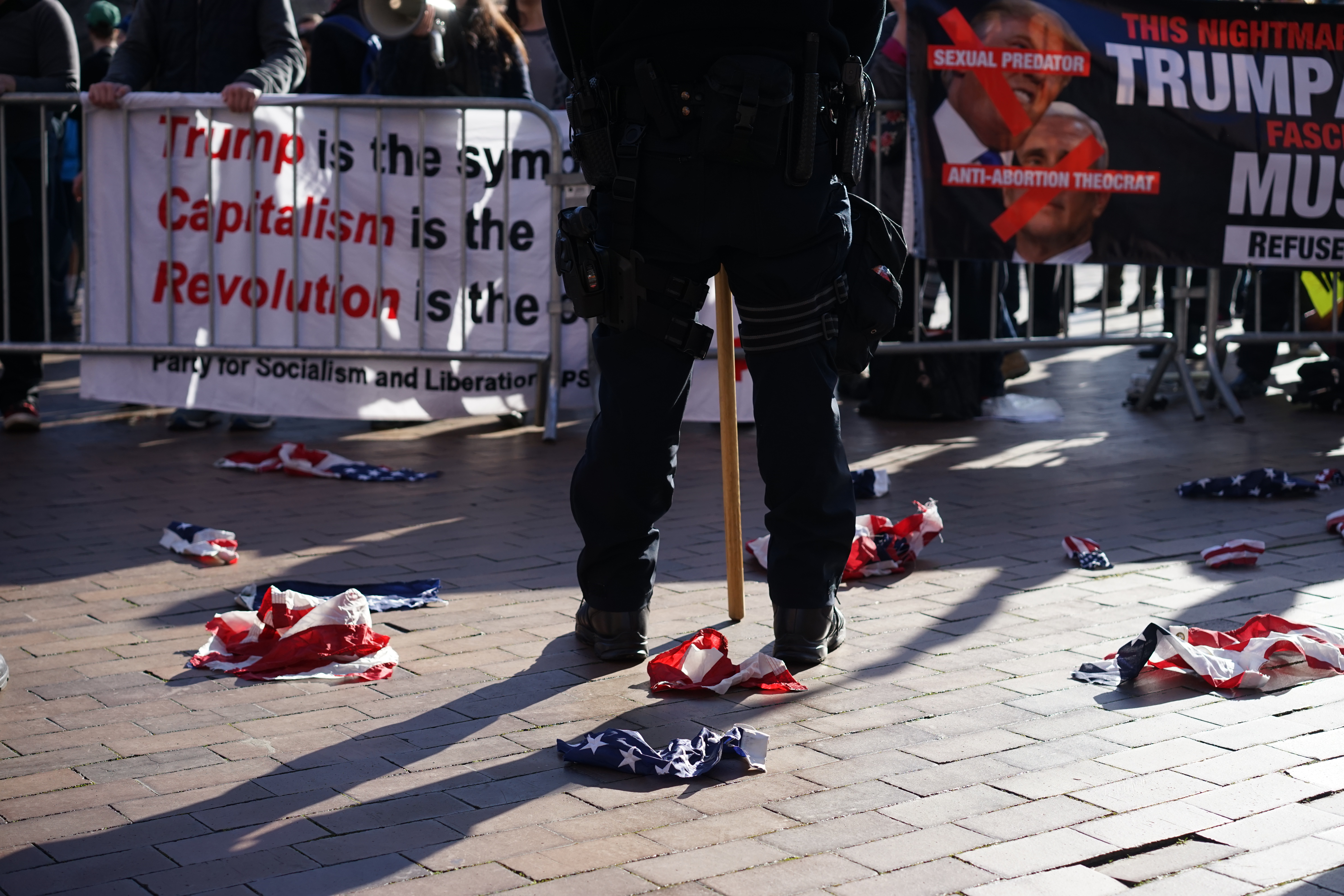 The College Republicans rally attracted both supporters and protesters on Saturday at the University of Washington. At one point, someone tore up an American flag and threw it at police. (Photos by Nick Turner for Crosscut)

Angry chants, clouds of pepper spray and arrests unfolded at the University of Washington Saturday afternoon as the university’s College Republicans clashed with protesters.

Those attending the rally were outnumbered by protesters four to one. Both groups were separated by metal barriers and a line of Seattle police officers until members of right-wing group "Patriot Prayer" and the “Proud Boys” — a far-right men’s organization founded by Vice Media co-founder and former commentator Gavin McInnes — found their way into Red Square and confronted the protesters face to face. At one point, protesters threw glitter on the "Proud Boys," punches were thrown and a few arrests were eventually made.

The College Republicans filed a lawsuit last Tuesday on the grounds that the university was violating their constitutional right to free speech. On Friday, a federal judge granted the group a temporary restraining order, which allowed the club to move forward with the rally and temporarily prohibited the UW from imposing a fee.

On Saturday, the College Republicans invited Joey Gibson, an American conservative political activist and the founder of Patriot Prayer, a right-wing group based in Vancouver, Wash. The group is known for organizing pro-Trump rallies.

“This rally needed to happen because this rally proved that we don’t actually have the free speech rights that we thought we did on this campus,” Swanson said to some 50 supporters. “Faceless thugs out there are determining whether or not we can speak and if we didn’t have a court order telling the school that we had to speak, we wouldn’t be out here. They use threats. They use violence. They use intimidation. And the school is letting them do that to stop us.”

Those protesting the rally mostly criticized racism, fascism and hate speech. At times, the crowd directed their anger at police, chanting "Cops and Klan, hand in hand" while one attendee, kneeling in front of an officer, burned sage. But other protesters directed their "Resist Trump" signs and "Go home" chants at rally attendees for three hours before eventually clearing out around 3:30 p.m.