My sister’s drug addiction — and what it taught me 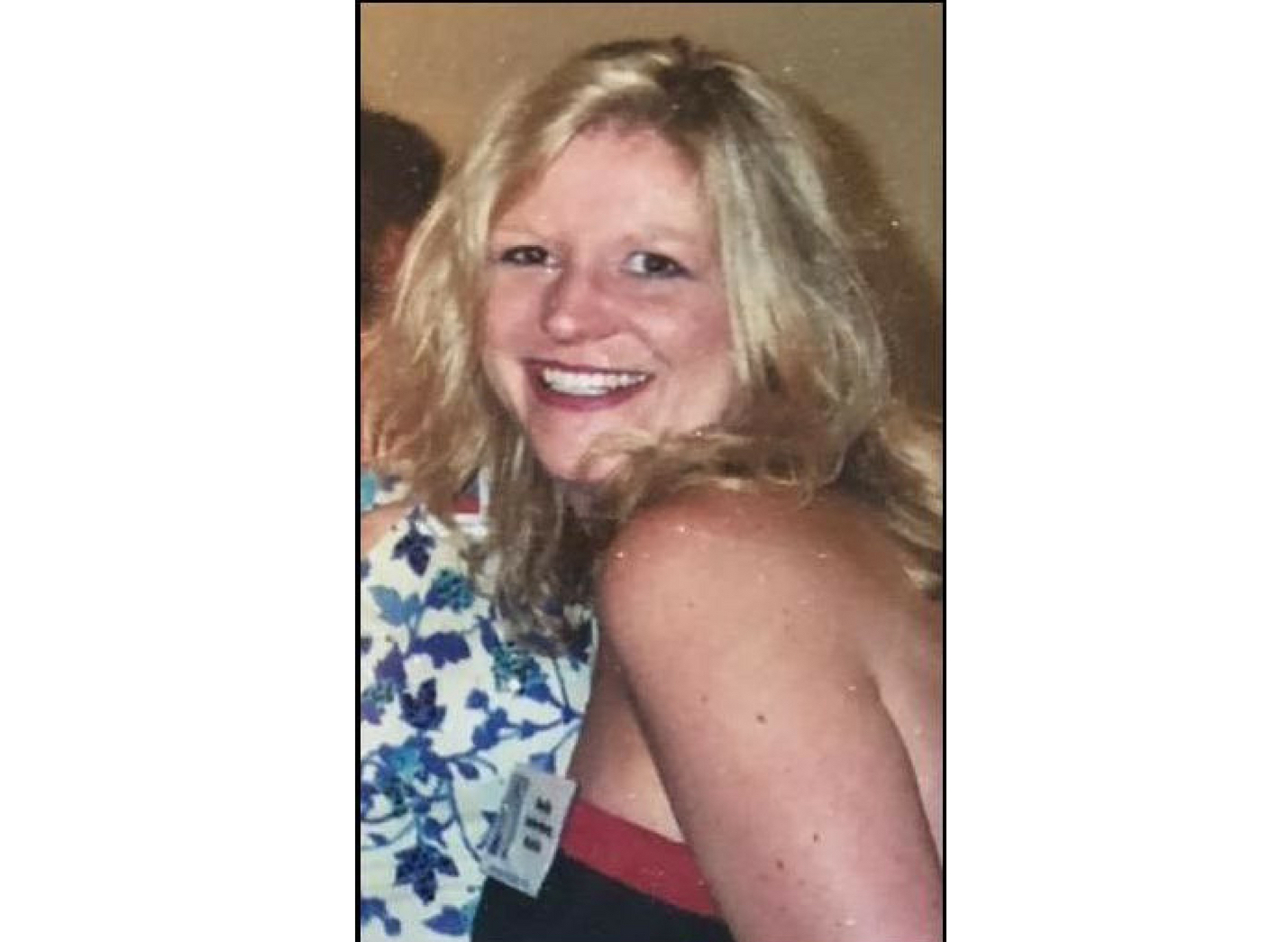 My new dog Yoda is a rescue terrier that came to live with my younger sister, Shelley, as a way to celebrate her one-year anniversary of sobriety. Shelley’s gift with animals was remarkable and included toilet training her cat, teaching a dog to sing “Happy Birthday,” and house training a rabbit, who thought it was a cat. Shelley and Yoda, abused and discarded by his first owner, became constant companions.

Shelley spent most of her life addicted to drugs and Yoda provided a purpose and unconditional love, as well as a bridge to other dog owners and the outside world that she had retreated from for so long. Even though she finally managed to stay sober, the long-term health effects of addiction led to our losing her in March 2018.

It is estimated that nearly half of all Americans have a family member or close friend impacted by drug addiction. When it comes to what addiction looks like, Shelley’s struggles gave our family a front row seat. If there is any silver lining to our nation’s opiate addiction epidemic, it is that our personal experiences with loved ones struggling with substance use are helping to shape our public policy response.

More than 30 years ago, when my sister first got into drugs and “the wrong crowd,” I was a brand new deputy prosecuting attorney, just starting the career that has made me the King County Prosecuting Attorney. Within the first weeks of assignment to felony trials, I received a case involving the service of a search warrant in a drug case. I remember my anger and embarrassment when I opened the case file and saw my little sister’s name listed as a witness present in the house when the dealer was arrested. After I returned the case to my supervisor, I learned that Shelley testified on behalf of her dealer in a successful motion to dismiss the case.

We largely parted ways for a long time after that collision of her addiction and my profession. I would hear from Shelley every few months and learned to tell from her voice when she was using and when she was not. Years went by, some of which were brighter for Shelley than others. We lost our sibling relationship over her drug “lifestyle,” which I attributed to her bad choices and moral failings. I was angry with her for having hurt my parents and having squandered her privileges and potential. Pearl Jam has a song called “Life Wasted” and it summed up my feelings about my little sister.

Over time, my attitude, and the science of addiction, changed. We now know that addiction is a brain disease and that long-term use of drugs affects the chemistry and physiology of the brain.

The first casualty an addicted person suffers is the loss of connection to the positive people in their lives. They often lie and steal from those closest to them, burning bridges that isolate them further. The life of a person with an addiction is one of compulsive drug seeking, needing to use daily to avoid the painful symptoms of withdrawal. Shelley associated with the people who would help her score heroin every day and withdrew from the people who had always loved her.

Today, medical science uses the term "substance use disorder" to describe this condition. It recognizes that some people are more susceptible to addiction. Some people might have a genetic predisposition and others are vulnerable due to deep emotional and psychological issues, including untreated trauma.

Shelley had run away from home at the age of 14 because my parents wouldn’t let her go to a concert on a school night. My parents were devastated by this and it played a role in shattering their relationship with their daughter for decades.

Unfortunately, that trivial rebellion also put Shelley in harm’s way and in proximity with people looking to exploit her. Shelley told me later, and recounted to countless women in recovery groups, that she had been raped by two men when she was just a teenager but had never received any help for her deep trauma. Shelley identified this trauma as a trigger for her using. I am sure that using drugs numbed that pain and gave her the illusion of power, at least in the beginning.

The condition of substance use disorder is defined by continued use despite negative consequences. Historically, society has asked those of us in the criminal justice system to ensure that there are plenty of negative consequences for people with addictions. Science suggests, however, that efforts to judge, shame and punish those with substance use disorder does nothing to relieve the pain or pull of addiction.

So, the big question is: What does work?

In a recent survey at Public Health – Seattle and King County’s needle exchange program, 78 percent of the people said that they would welcome help to reduce or stop their use of opiates. One of the most promising strategies to help people reduce harm to themselves and to the community is through the use of buprenorphine, also called “bupe,” or by its commercial name Suboxone.

Buprenorphine works to block the painful symptoms of opiate withdrawal but without the disorienting euphoria of heroin. It’s an oral medication typically taken daily. For those trying to stop using opiates, it reduces the risk of mortality by more than 50 percent. Methadone has been in use longer and more than twice as many people in King County use it instead of buprenorphine. However, regulations surrounding methadone require an “observed dose” to be administered every day at a clinic, which can become the day’s dominant activity. For some people, this added structure is stabilizing, for others it is counterproductive. Buprenorphine is available in 30-day supplies and soon will be more available in long-lasting injections and implants.

If we made buprenorphine as easy to get as heroin, then people facing painful withdrawal symptoms could access the legal and safe alternative to street drugs. It would improve public safety and reduce crime throughout our county. Seattle has several new rapid access buprenorphine clinics where people can drop in without an appointment and begin the process of receiving a doctor’s prescription for this life-changing alternative to heroin.

For me, several important books have changed my view of drug addiction. In Chasing the Scream, author Johan Hari concludes with the observation that everything he thought he knew about addiction was wrong. He observes that “the opposite of addiction is not sobriety. It’s connection.” What most addicted people need to get better is to rebuild connections to the positive people in the community and to begin to believe that they are worthy of love and help.

Connections and medication-assisted treatment brought my little sister back into my life.

The best thing I ever did for Shelley was to take her to Navos in Burien, a nonprofit provider of mental health and substance use disorder services with a broad continuum of care. Shelley needed that kind of care — her life was a mess physically, emotionally and chemically. I waited in the parking lot while Shelley went inside. An hour later she had two counselors assigned to her, one for mental health issues and the other for her substance use disorder.

These amazing counselors got her on a path to detox, rehab and buprenorphine. Most importantly, these counselors convinced her of her value and made her believe that she was worthy of receiving love and help. They gave her tools that helped her to build strong relationships with other women in recovery.

For nearly three years, Shelley did not use any non-prescribed drug. You can argue that she was not “sober” because she traded heroin for buprenorphine. I would reply that “bupe” gave Shelley a quality of life that she had not known for decades. It allowed her to begin to repair the broken connections with her family.

A year after her new-found sobriety, Shelley and I went to the Bellevue Humane Society and adopted Yoda, a loving lap-dog with alien-sized ears. Yoda became something for Shelley to care for, and a way for her to meet others at support meetings which were also vital to her recovery.

As musician Neil Young wrote, “I’ve seen the needle and the damage done.”

The damage done can persist even after a person is no longer in the grips of addiction. Shelley died in March 2018 at the age of 51 of organ failure. Her decades of substance abuse devastated her body’s key defense systems, and she was eventually unable to fight off a simple infection.

Shelley’s final triumph was that she had taken no drug other than buprenorphine for nearly three years, and that she had established many healthy connections with other people, especially with my older sister and me — and Yoda.

There is no single path that will work for everyone, but we owe it to people struggling with addiction, and their families, to help them make informed choices about their health, and options to manage their addictions.

Our goal should be to keep people alive while also helping them reduce the harm to themselves and to our community. We have a successful model in Seattle with the LEAD (Law Enforcement Assisted Diversion) program where connections are made between people who use drugs and case managers who offer unconditional help to people who stopped believing they were worthy of help. A stubborn insistence upon abstinence as a precondition to receiving help is the opposite of harm reduction, an idea pioneered at the University of Washington.

We also need to build up our community capacity for compassionate action, which includes meeting people where they are with care navigators, counselors and more rapid access to effective treatment medications.

We need to decide we are willing to build a judgment-free approach to holistic health needs for people struggling with substance use disorder. There is still a role for drug courts, Twelve-Step programs, and places like the Salvation Army that follow a different model. The human brain is complex and diverse and I have to believe that there are many paths to a better life for people with this brain disease.

The most fundamental change in our approach to this drug epidemic has to occur within each of us, and especially those who have seen addiction up close. Guilt, shame, prosecution and incarceration are not the answers.

Instead we need to set aside the kind of anger and judgment that I experienced with Shelley and support efforts to keep people alive long enough to rebuild broken connections. We need to help them reduce harm to themselves and our community.

America’s drug epidemic can be managed, one person at a time, by reaching out with offers of help and connection. We have to first decide that we are willing to help the people who make us mad. Combating drug addiction will take community resolve, patience, compassion and maybe the occasional dog.

Daniel T. Satterberg is King County Prosecuting Attorney, an office he has held since 2007.