After a year of turmoil, can Evergreen reinvent itself? 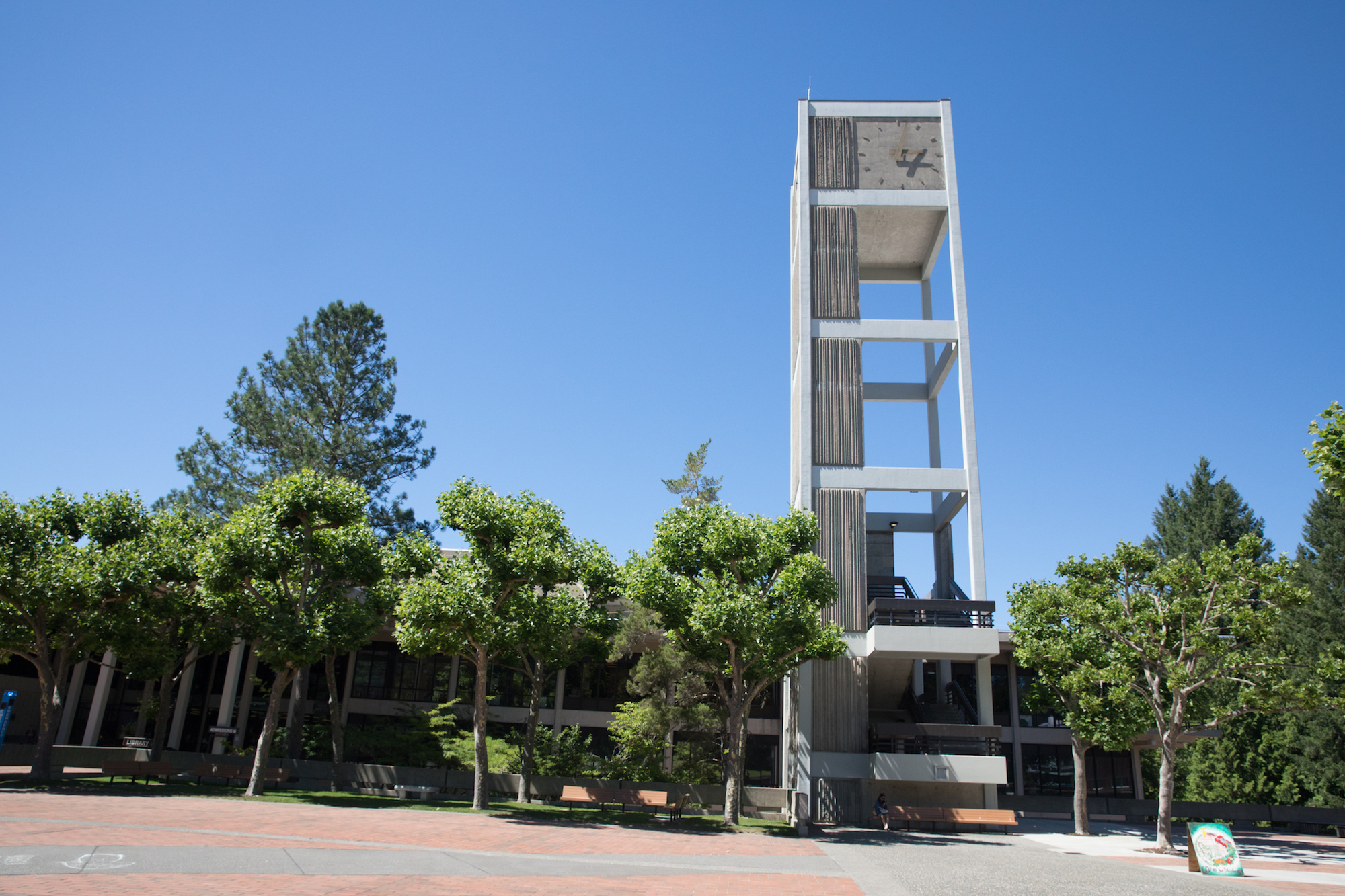 Indeed, Evergreen is often now used as exhibit A in a nationwide attack on higher ed. It’s effective, even moving some embattled universities like the University of Colorado to consider removing the term “liberal” from their mission statements, even though the word in the “liberal arts” context is not about lefty politics.

Controversy, on and off campus, has shaped the school since before day one. Evergreen was chartered in 1967, a time of unprecedented campus protest and social tumult. The recent fury over Evergreen, I think, calls for a reset of what the school is and has been beyond the politically motivated caricatures, and what it can do going forward. (Full disclosure: I’m a “Greener” alum, as are several members of my immediate family.)

When the college opened its doors as a unique state-funded “experimental college,” both right and left had already left their marks on the newborn. The brutalist bunker-like campus in the woods was said to be riot-proof, designed in response to college unrest elsewhere. Faculty frustrated by the strictures of traditional colleges and universities fled to Evergreen to join what many regarded as a kind of educational haven in line with the utopian communities that once dotted Puget Sound. It would embody a new kind education premised on the individualistic impulses of the 1960s.

Longhairs invaded the small, provincial state capital, a town that in the early ’70s was still a timber port populated with a state government bureaucracy and annual influxes of state lawmakers engaged in old-school horse-trading politics enlivened by a fair amount of vice and corruption. Adding hippies to the mix was challenging when I arrived with my beard and wild, bushy hair in 1972. I later rebelled by wearing a coat and tie when I edited the school newspaper, which infuriated some faculty who sought to escape such symbolic strictures.

The school received pushback from the locals. Think Sarah Huckabee Sanders got rough treatment at the Red Hen? Many Olympia establishments did not want to serve students, the Thurston County sheriff was convinced the school was a den of iniquity and the local Daily Olympian newspaper, tagged The Daily Zero by Evergreeners, loved to highlight the negative. Gov. Dixy Lee Ray — a former University of Washington professor — suggested the school be turned into a state patrol academy.

Evergreen has always had to fight for its reputation, its funding and its image by a combination of evolving offerings (graduate degrees), deepening local roots (former Greeners include major players in local business and politics — the local Congressman, Denny Heck, is a Greener) and weathering periodic freak-outs.

One thing that’s been lost in the latest brouhaha is that at Evergreen, roots are deep in libertarian soil. While many students and faculty have been tagged as far lefties, the school itself has been an experimental paragon of ideas, including conservative notions of liberty, responsibility and accountability. The school had no majors, no grades, student-designed individual studies, multidisciplinary programs, or real-world internships. That freed students and faculty to follow their educational whims and passions. Students were responsible for their own education, commitments often sealed by contracts between students and faculty.

From the beginning, the school sought to have a relatively flat administration and a smallish bureaucracy. Problem-solving committees called Disappearing Task Forces substituted for standing committees and sunsetted once problems were dealt with. In other words, Evergreen promoted limited government!

There was no tenure for faculty, who were held accountable by short-term employment contracts. Students and teachers could study or teach what they wanted when they wanted, unrestricted by old-school departments or majors. To this day, Evergreen President George Bridges says, Evergreen has an “allergy to administrative structure and ossification.” It is an anti-institution institution.

There lies some of the trick of its management.

The tumult of 2017, in which a confrontation between students of color and a faculty member blew up on social media and FOX News, has left its mark, however, and accelerated a longer-term trend. Enrollment generally has declined over the last 10 years, with a large dip in the fall of 2017 (4.5 percent) and an even bigger one this coming 2018-19 academic year (20 percent).

Some of the decline is undoubtedly attributable to the fears instilled by bad publicity and threats of violence that forced Evergreen to move its 2017 commencement off campus (though not this year’s). The image was of a campus run amok, students intimidating faculty, a distraction-machine where political sensitivities trumped education.

The late Evergreen faculty member Leo Daugherty once described the steep slippery slopes and volatility of Evergreen’s campus politics by observing that it was a place where a dropped gum wrapper could lead to charges of “Nazi Germany” faster than any place he’d ever seen. It has long been an incubator of political correctness and protest. A college review panel on the campus upset of 2017 acknowledged that campuses like Evergeen’s tend to “attract activist faculty and students and to encourage more direct confrontation and radical resistance to situations of perceived oppression.” The causes have shifted over time, but no one should be surprised that this is a part of the school’s culture. The school is designed to challenge mainstream thinking.

The conflict of 2017 however, the panel said, was exacerbated by the “speed and potency of social media … generating more conflicting and inflammatory narratives of the events.”

As a result, they concluded, it was “inarguable that Evergreen suffered significant reputational harm with key local and national constituents largely as a result of the events’ inflammatory (and generally misleading) coverage in both commercial and social media.” 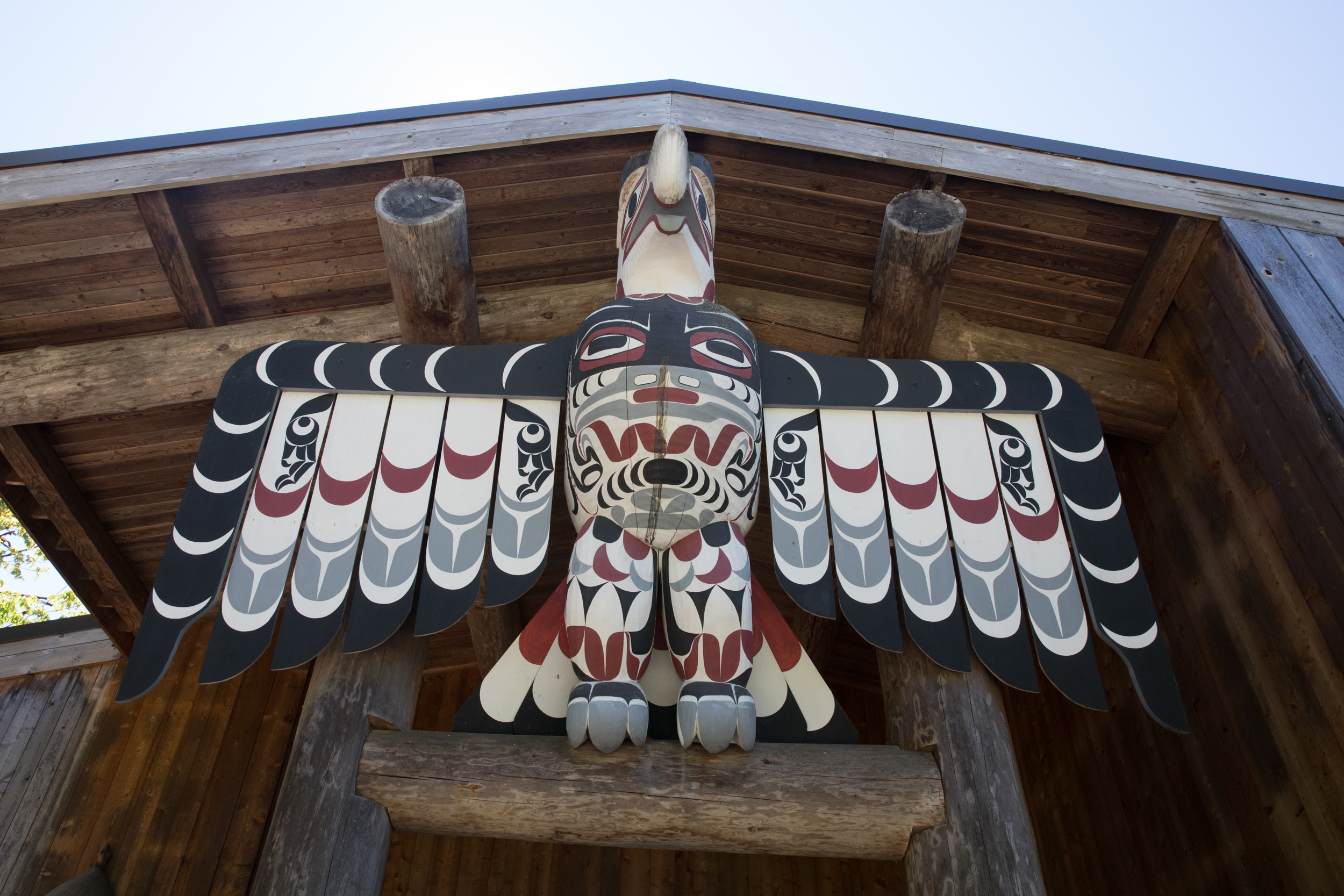 In a recent interview, president Bridges seemed determined to endure the right-wing attacks despite the Benghazi-like distractions and focus on fixing more system problems. After a relatively quiet 2017-18 academic year, he’s still dealing with a multitude of practical challenges, including budget cuts. Because of the enrollment dip he’s had to cut faculty, close the Evergreen Experimental Theater, and delay a major $42-million student housing project. Budget cuts are estimated at around $6 million.

But it’s the changing needs of the current student body — not ideology — that have Bridge’s focus. The school has trouble retaining its first-year students. Roughly a third of Evergreen’s student are first-generation collegegoers. More than half are from low-income families (55 percent) and 49 percent are below the poverty level. Students of color make up about 17 percent, with a significant number identifying as American Indian or Alaskan Native (6 percent), triple or more the percentage of Washington’s other state colleges and universities, according to data supplied by Evergreen. This is in contrast to the largely white middle-class student body attracted to the school back in the day.

Bridges wants to change some of the sink-or-swim school experience for undergrads by giving new students a better sense of how to navigate the shifting, unpredictable curriculum by making it more predictable and offering “pathways” to a career. Many of these students are coming from high schools or community colleges that don’t prepare students for seminars, or encourage self-directed education. There’s a process of adaptation to Evergreen, and it’s not always easy. That’s been true since the beginning, but a less affluent and more culturally diverse student body may heighten the challenge.

If some college educators complain that students are less prepared for college these days, Bridges says, some colleges, including Evergreen, are not ready for today’s students. He wants Evergreen to institute more pre-college activities — get-togethers, outdoor activities or other events so new students connect and make friends before getting to campus in the fall. The school is instituting a new system of assigning academic advisers to help students navigate their education. The school has also hired a vice president and vice provost for equity and inclusion, Chassity Holliman-Douglas, to support and mentor on-campus students and communities that have been historically disadvantaged.

While Evergreen is very much a part of Olympia, it will be solidifying that attachment. The Washington State Historical Society has turned over its former historic Capitol Museum, the Lord Mansion, to Evergreen. The college will run it as an off-site facility for lectures, school activities and public events. They were given the property and the legislature approved the transfer, so as of July 1 the college has a footprint in the neighborhood that is mostly owned by groups that lobby the Legislature. So while the school has a nice public perch in town, it also won’t hurt to have a spot close to its state funders. (Such proximity has worked for others. Just ask Boeing.)

Bridges believes in Evergreen’s multi-disciplinary education approach. As a veteran of some half-dozen more traditional higher-ed schools (he was previously president of Whitman College in Walla Walla), he believes Evergreen’s model works best. This fall he will get back in the classroom himself to teach an evening course in mass incarceration. That should put him in closer touch with students, faculty and the challenges they face.

What’s been lost in the recent tumult is that Evergreen, as an “experimental” college, must continue to experiment. It should be, and has always been, on a social and educational cutting edge. I hope it will continue to attract adventurous, creative and ambitious students.

To meet the new generation’s needs it must also do better at allowing for a wide diversity of thought and opinion. Those old brutalist bunkers might have been meant to repel or foil student protesters, but they shouldn’t become barriers to the broad exchange of ideas.

Evergreen’s DNA includes innovations across the ideological spectrum — I hope the anti-institution institution will embrace those roots, and that its critics will recognize it for virtues that have gone unnoticed.