Campaign interns working for the Seattle representative's re-election will now be paid $18/hour after claiming her actions did not match her words. 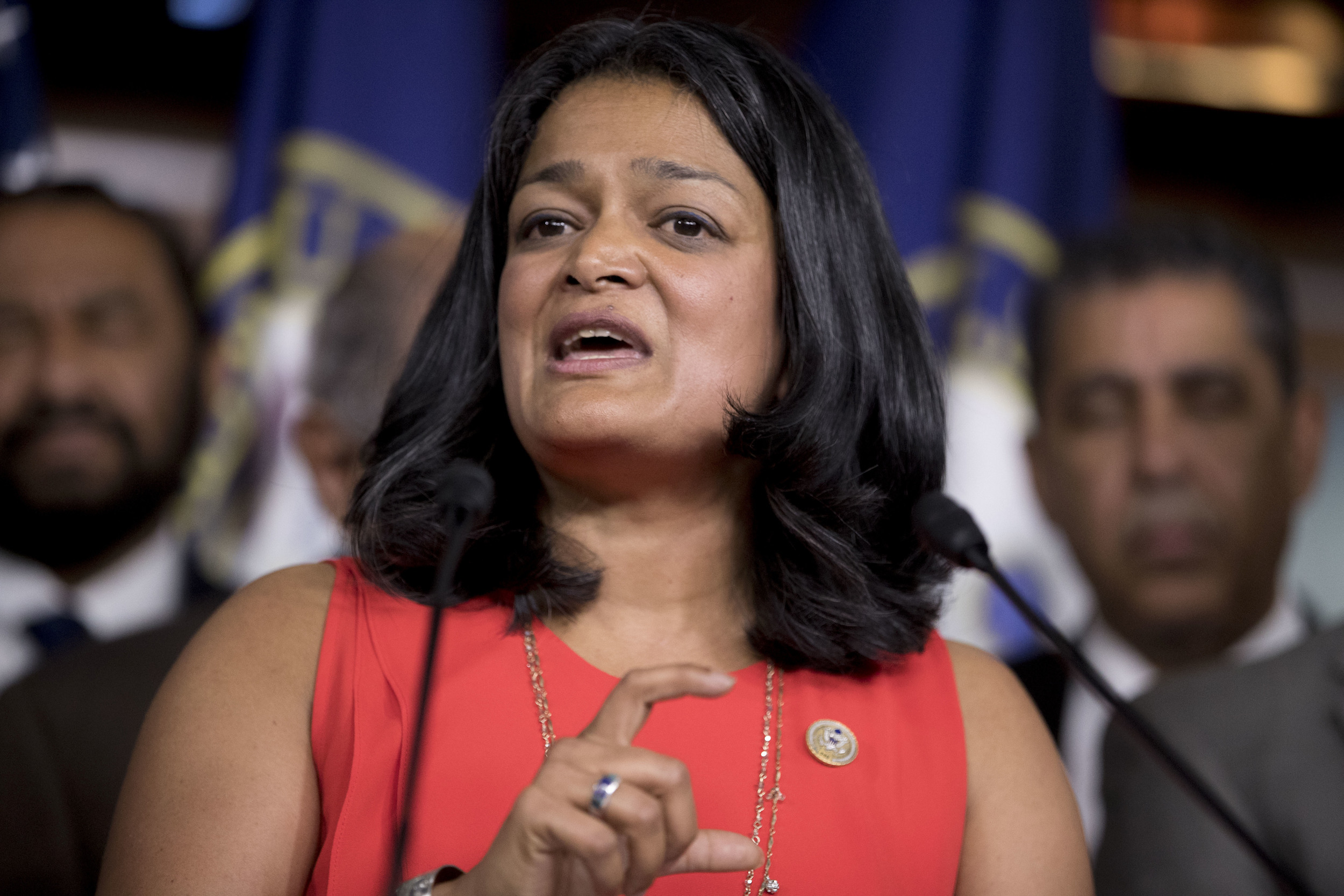 Earlier this month, 16 unpaid interns working on the re-election campaign for Rep. Pramila Jayapal (D-Seattle) sent staff within the campaign a letter threatening to strike, demanding compensation for their work. The letter, which was also signed by three paid field organizers, said the practice of not paying interns did not align with Jayapal's pledges to lift up young and diverse voices.

It worked. Last week, the campaign agreed it would begin a program to pay 12 interns an average of $18 an hour and provide them with ORCA cards, to the interns' satisfaction.

The letter focused on what has become an accepted reality among people concerned with equity: that unpaid internships create a privilege bias, with upper class and often white young people more able to participate than those who cannot afford to work without pay. Still, many politicians continue to rely on the unpaid labor of interns in search of experience, including some who acknowledge the harms of the practice.

According to a 2017 study by a group in Washington D.C., Pay Our Interns, 32 percent of Democrats and 51 percent of Republicans paid their congressional interns. In response, the Democratic National Committee promised it would start providing a stipend for interns.

In the report, Jayapal was listed among the House members who did not pay interns. Her office did not immediately respond to confirm that that was the case.

That accounting did not extend to unpaid campaign interns, but they are certainly not uncommon. Rep. Adam Smith (D-Bellevue) currently has three part-time unpaid interns on his re-election campaign, according to a spokesperson. A spokesperson for Jason Rittereiser, who is running for congress in the 8th district, said that his campaign doesn’t hire interns, but does bring on “student activists, who regularly dedicate time to advance our campaign.”

The campaigns for Sen. Maria Cantwell, Rep. Suzan DelBene, Dino Rossi, Kim Schrier, and Susan Hutchison did not respond to requests for comment.

Jayapal currently has a total of 21 interns. The plan was to hire several paid fellows in addition to the unpaid staff. Instead, her campaign will now retain 12 paid interns.

Although Jayapal’s use of unpaid interns was perhaps not rare, her outspoken approach to issues of race and equity created what the interns on her campaign viewed as a contradiction. “The exploitative conditions of our labor differ so drastically from the supposed principles of this campaign that we can no longer, in good faith, continue our work without a critical reevaluation of the conditions of our compensation,” reads the letter, obtained by Crosscut.

It continues: “It is contrary for Rep. Jayapal’s campaign team to stand by its unpaid internship program while also preaching that the field lacks racial, gender, economic or geographic diversity.”

In personal testimonies, the undersigned interns emphasized that they believe in Rep. Jayapal and wanted to work on her campaign. “She is not only one of the very few politicians I would ever work for, she is a role model in terms of community organizing,” wrote one intern.

However, the intern added that she must also work two jobs in addition to her roles with the campaign and said she did not believe she could continue with the internship. “As a first-generation American, as a person of color, as a womxn, I have been told to accept that unpaid labor is merely another necessary step to ‘making it’ in this white patriarchal society. I refuse to comply with those terms.”

In their letter, the interns made three demands: To be paid at least minimum wage, compensated for transportation, and reimbursed for “expenses already invested.”

The Jayapal campaign responded quickly, meeting with the interns the following week to work out a deal. A spokesperson said in a statement that the campaign was already “transitioning to include a mix of paid fellows and unpaid interns when our interns sent a letter raising their serious concerns. Staff immediately met with the intern team to work with them on a solution, leading to a decision to implement an expanded paid internship program. We opened 12 intern positions which are each paid $750 a month for 10 hours per week, as well as made ORCA transit passes available for all interns. We believe this is among the highest number of paid internships in any campaign.”

According to one intern, the terms were satisfactory and they were pleased with the way Jayapal and her staff had handled the request.

The letter also comes shortly after the campaign staff unionized.