With the aid of labor rights groups, Councilmember Mosqueda pushes through protections for 30K workers. 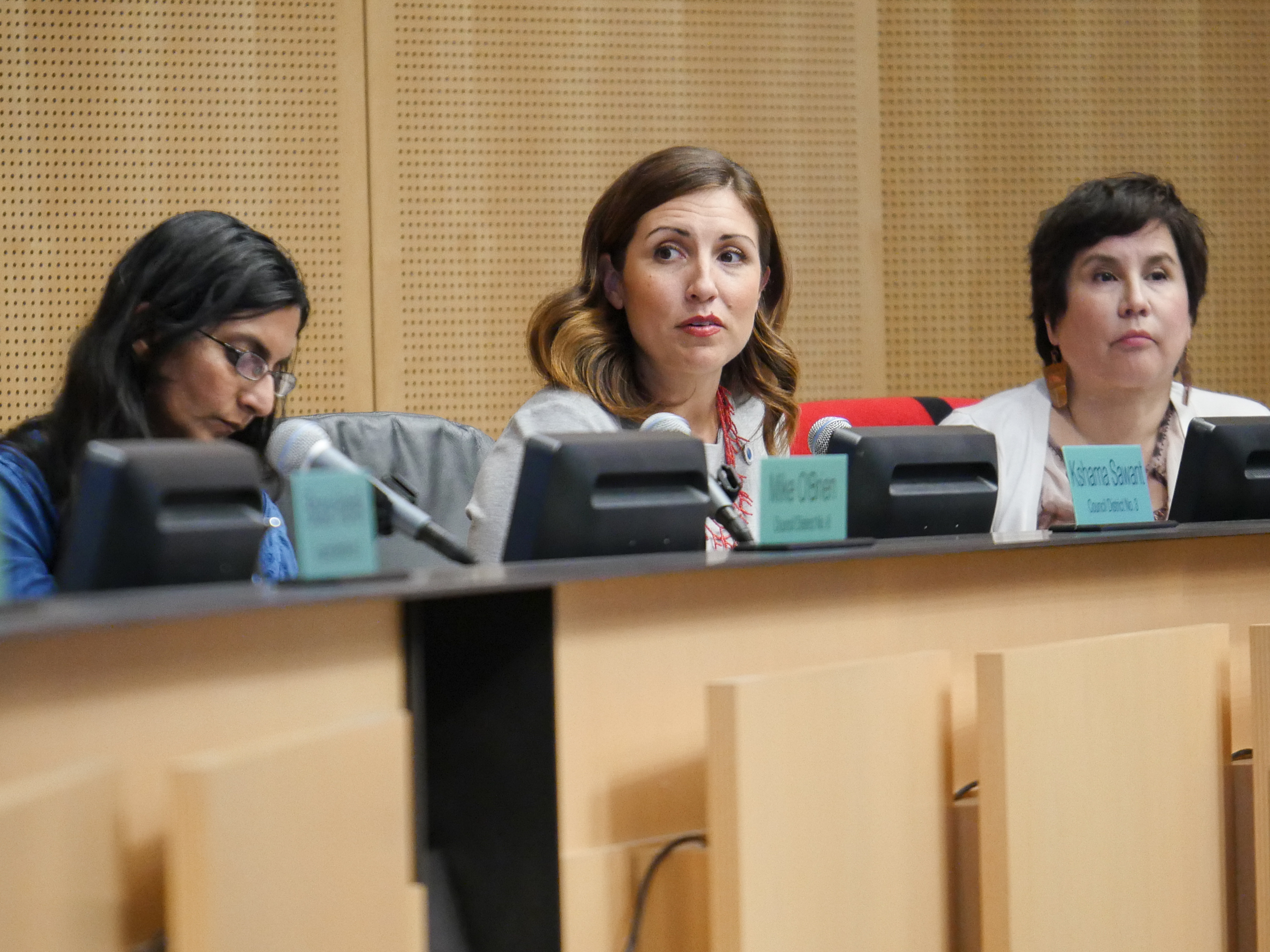 The Seattle City Council on Monday passed new protections for housecleaners, nannies, gardeners and other “domestic workers,” making Seattle the first municipality to pass such a law, though eight other states do have similar protections on the books.

The bill, which passed 7-0, will guarantee certain rights that are already standard among most labor sectors, namely a minimum wage, and rest and lunch breaks. The bill will also forbid employers from withholding workers’ personal effects or documents, such as passports, in an effort to prevent what Councilmember Teresa Mosqueda, who spearheaded the legislation, referred to as "indentured servitude."

"Domestic workers are more likely to be women, people of color, immigrants," said Mosqueda. "They've been excluded from our national labor protections, they’ve been isolated in many situations due to their working environment. And the reality is their work makes the work of this city possible."

Mosqueda added, addressing the crowd of workers and advocates: "Historically this population has been left out and today is just a first step toward moving forward on the priorities you have identified."

In a city that’s aggressive on workers’ rights — leading the way on the $15 minimum wage, strict scheduling practices and an office dedicated exclusively to labor standards — the new bill is an attempt to extend those benefits to a segment of low-wage workers who may have missed out.

There are more than 30,000 domestic workers in Seattle, according to a survey by the Seattle Domestic Workers Alliance. Some of those work are considered employees and are supposed to be given the same worker rights provided by all employers in the city.

Others, however, work as independent contractors, meaning they're not guaranteed a minimum wage under state law. The new bill makes it so all domestic workers, regardless of whether they're contractors or not, have the same rights.

As someone who works independently, Rocio Burgos has struggled in the past to get what she's owed. She worked for one family that paid her below minimum wage, she said. She was also made to watch their children, which was outside of what she had agreed to.

But she kept working. “I needed the money,” she said before the vote Monday. “I didn’t have an option.”

The new domestic workers bill of rights, she said, will mean she’s guaranteed the same rights as other workers in the city. “It is important for us because the bill gives us a defense, so we can feel more securing working, so we feel proud as houseworkers,” she said. “It will help us feel recognized.”

Domestic workers are often taken advantage of by employers. In a 2011-2012 survey of over 2,000 workers, the National Domestic Workers Association found low pay, lack of paid time off and poor working conditions across the industry.

Among those on a payroll, minimum wage, overtime and other laws should be guaranteed. This bill reaffirms those rights in an effort to remind employees to speak up when abused.

More significantly, the bill extends protections to independent workers like Burgos, guaranteeing at least minimum wage, 30-minute lunch breaks and protection from exploitation. (If a worker is unable to take a break, the employer must provide additional pay.)

But just because those rights are not guaranteed under state law, said Sage Wilson with Working Washington, that does not preclude the city from guaranteeing those rights.

Rocío Alejandra Avila, state policy director and staff attorney at the National Domestic Workers Alliance, also said the city is on firm legal footing. “The city has the right to pass laws for its specific industries,” she said.

But it's not finished yet. While the legislation makes strides on wages and breaks, it does not address benefits, overtime, or retirement, all issues advocates hope the council takes up.

Also left for another day were discrimination and harassment. Throughout the many hearings leading up to Monday’s vote, workers told harrowing stories of sexual abuse and exploitation, in addition to low wages and hard working conditions.

“There’s a lot of women out there, women who are looked down upon by some people, ‘Oh, look, she’s a worker, we can do what we want with her,’” worker Etelbina Hauser told Crosscut recently. “We’re like the garbage they ask us to clean up.”

Monday’s bill establishes a work group, made up of six mayoral, six council appointees and one member appointed by the board, that will soon provide recommendations for expanding protections and resources for domestic workers, including sexual harassment protocols, job training, insurance, portable benefits and others.

Excluded from the bill: intermittent or casual laborers, au-pairs and workers who spend a substantial amount of their time on call.

Enforcement will fall to the city's Office of Labor Standards, the same office tasked with enforcing the minimum wage, secure scheduling and other city labor laws. Employers who violate the ordinance will get hit with escalating penalties, from $500 for the first offense, $1,000 for the second and $5,000 for subsequent violations.

In order to give the office time to prepare, the new rules will not go in to place until July 1, 2019.

Domestic workers: "We’re like the garbage they ask us to clean up"

Read more about some of the domestic workers who will be protected under the new law.

A Spanish version is available here.