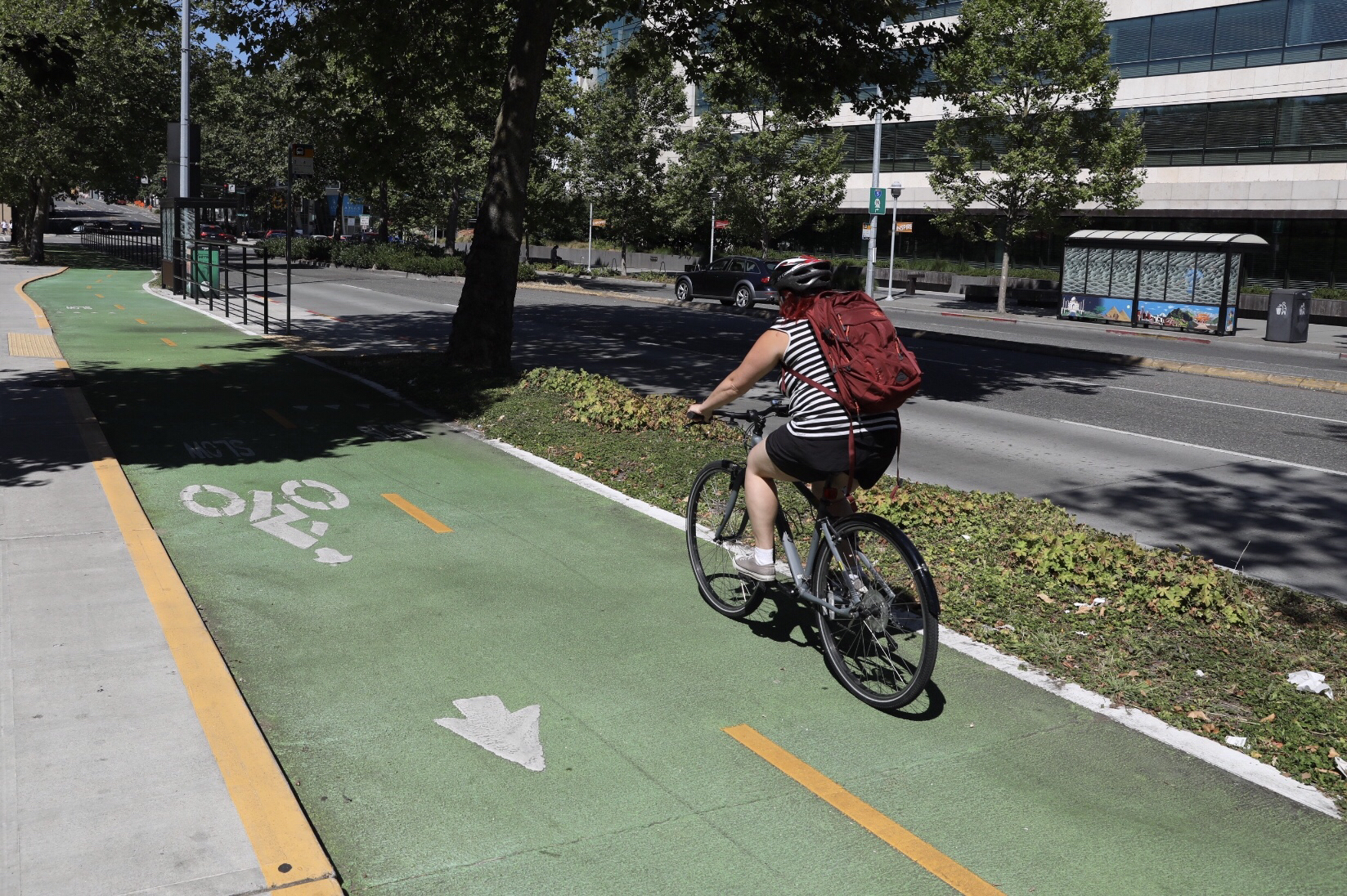 A bicyclist rides along a bike path near the corner of 5th Ave North & Republican Street in Seattle, July 24, 2018. (Photo by Matt M. McKnight/Crosscut)

A single downtown bus lane is costing $12 million. The cost of the Burke-Gilman “missing link” in Ballard is now pegged at $23.5 million. The city is removing small and minority-owned business parking in Northeast neighborhoods like Wedgwood and Roosevelt. The average Seattle taxpayer should be infuriated.

I am concerned about the proliferation of bike lanes for another reason: because they displace the underprivileged and reapportion to the privileged, public monies that should be dedicated to mitigating our city’s homelessness crisis, income inequality and neighborhood gentrification.

For all of our progressive political ideology, Seattle is one of the most racially hegemonic cities in America. Fifty years after city law was changed to declare housing discrimination illegal, historical neighborhoods of color like the Central District, International District and Beacon Hill are now some of the most desired areas to live in our city. Those neighborhoods have been gentrifying over the last 30 years. But the people of color business owners who were once segregated into these neighborhoods — by further adverse housing practices like “redlining” in the 1970’s — are being priced out of those same neighborhoods today.

And the challenges of small businesses in our city are not limited to those historically disenfranchised neighborhoods. Seattle ranks first in the country for small business growth. Yet Black and Latino residents who together comprise 15 percent of our city’s population, for example, own less than 5 percent of businesses citywide. It remains a real struggle for people of color and immigrant members of our community to realize the American Dream of small business ownership.

What is missing from Seattle’s governance and infrastructure planning is honest discourse about these difficult issues — about our checkered racial and socioeconomic history, and about how past and recent development decisions in City Hall have displaced and still displace historically marginalized communities and small businesses. Instead, city planning officials too frequently pay homage to the special interests of the privileged, like the small but loud bicycle lobby.

A 2017 SDOT survey found that only 3 percent of trips to local businesses are made by bicycle, as compared to by foot (40 percent), car (35 percent), or transit (18 percent). For small business owners, brick and mortar and customer access are vital, as is their workforce. Yet Seattle continues to spend tens of millions of dollars to replace parking spots with bike lanes, for the benefit of the privileged few.

"Bike Lanes Are White Lanes" author Melody Hoffman explains that the emergence of bike lanes in once segregated and now gentrified neighborhoods sends a clear message to those who live and own businesses there — that their voices don’t matter. She urges “urban planners and bike advocates who are planning this infrastructure to not just bring projects into neighborhoods.” Instead, bike lane projects should be “community-driven.” Hoffman calls out the privilege we are seeing here: “For the white middle class person, they feel that their one barrier is they need a protected bike lane to feel safe, but that is not the lived experience of all people.”

Seattle is at a crossroads. We are the fastest growing U.S. city. But we also have major societal problems caused by the unprecedented insurgence of wealth. As a city we must decide how to spend taxpayer dollars responsibly and equitably, ensuring that we are also serving and protecting small businesses. It is unacceptable for city officials to impose a bike lane agenda on neighborhoods like those proposed throughout the Rainier Valley without bothering to stop, look around and listen to peoples’ life experiences.

Mayor Jenny Durkan and the Seattle City Council must now hit the pause button to allow transparent community development conversation to occur. Until then, there will only be more discord — with underrepresented communities still feeling that nobody in City Hall cares what they think.

This article has been updated since it first appeared to remove a reference to an $860,000 estimate for a downtown bus lane. The $860,000 referred to a general average of per mile costs citywide for bike lane construction. 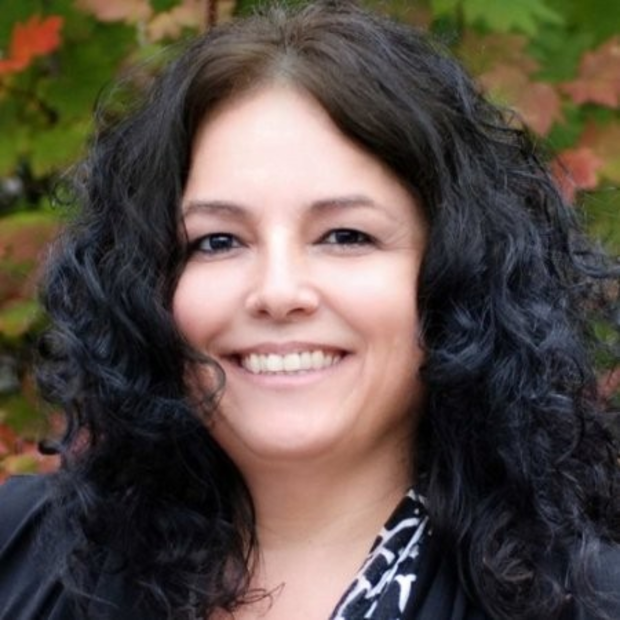 Nina Martinez is the board chair of the Latino Civic Alliance, a statewide civil rights organization.