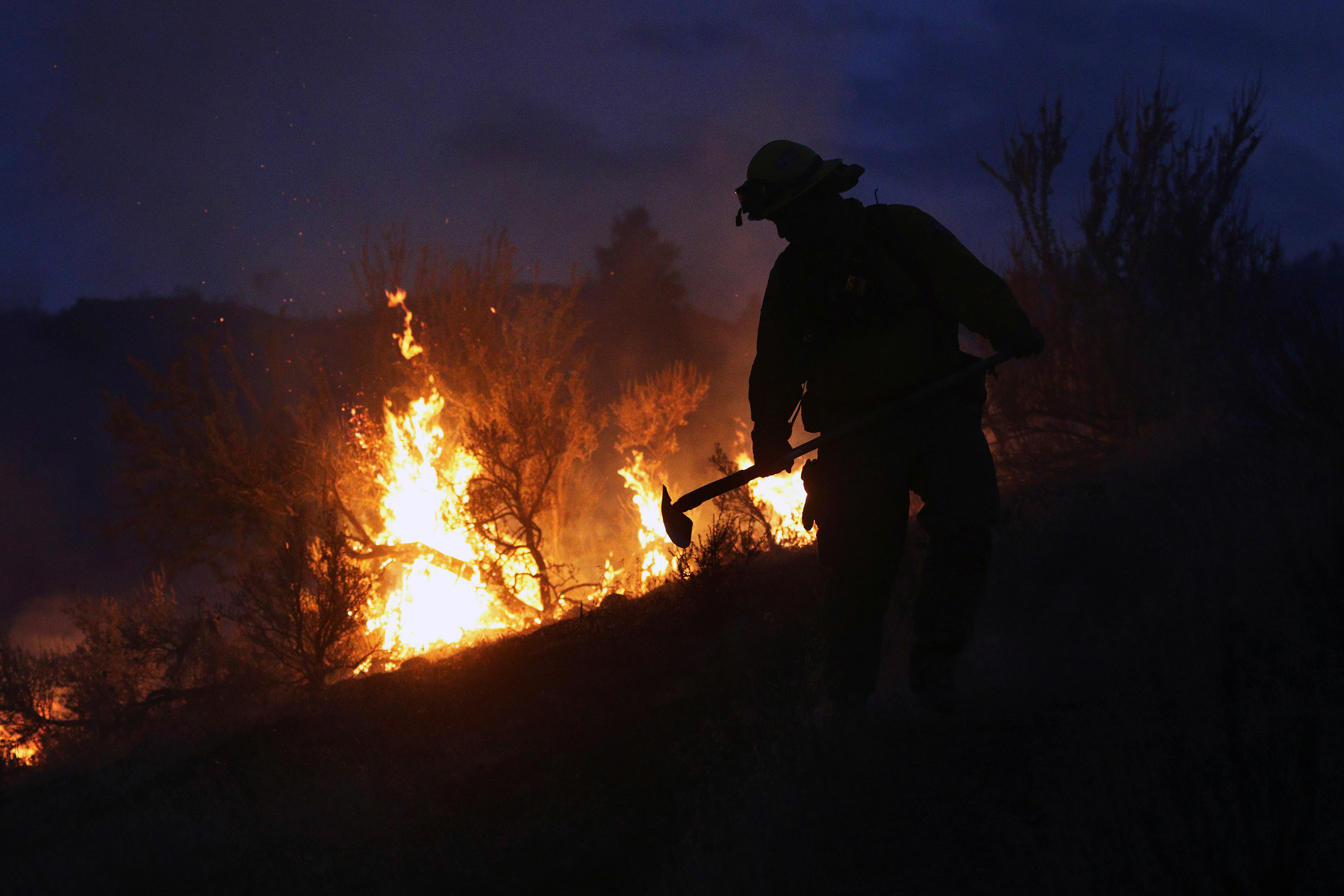 One only needs to step outside to understand that fire season is coming to Eastern Washington again. While the region has so far escaped a major burn, charred trees along Highway 20 near Twisp remain a grim reminder of the Carlton Complex fire, which destroyed a quarter-million acres of forest, more than 350 houses, and much of Pateros after lightning started it on July 14, 2014. Four years later, the memories still sting.

But this year, state and federal lawmakers are determined to give our forests a fighting chance by making them more resilient. Washington forests that can withstand occasional fires might be able to cope with climate change -- which will limit the long-range risk and cost of wildfires.

To better our hopes the Department of Natural Resources (DNR) has announced plans identify 1.2 million acres of diseased forests and turn things around. The DNR's new 20-Year Forest Health Strategic Plan: Eastern Washington calls for treating those acres and more by 2037. State legislature called for the plan at the beginning of this year and increased money available for forest health by 80 percent.

Even Congress has gotten at a bit of religion on the subject. For years, the U.S. Forest Service has been starved for money to manage forests rather than fight fires. As the cost of fighting fires has risen (the federal tab now runs more than $2 billion), the agency has taken money that should have been used to improve forest health and plowed it into firefighting. This year's omnibus appropriations act seems to have insulated forest health money from the constant demands of firefighting.

After two record-breaking wildfire seasons during which the state spent some $500 million fighting wildfires, Washington legislators were finally willing to appropriate unprecedented sums of money for forest health. Years of aggressive fires seemed to unify several interest groups that had been previously working in their own political and economic silos.

"This is all of our problem,” says Tom Bugert, The Nature Conservancy's Washington director of state government relations. He says the transformation has been "night and day" — and it couldn’t come at a better time.

"We expect the footprint of fire to quadruple," explains Bugert. "If we go on a trajectory where we do nothing, we will see more and more high-severity fires [from which] the forests will take longer and longer to recover."

"[East of the mountains] we have 2.7 million acres of diseased and dying forest lands," says State Commissioner of Public Lands Hilary Franz. That's over one-fourth of all the forest east of the Cascade crest. Franz says that "in many of our forests, especially on our federal lands, there has really been no treatment" to remove fuel or create spaces among the trees. There's "not a lot of ability for sunlight to get in, [and there are] more trees competing for water and sunlight." All of them, she says, are "struggling and dying" and once insects kill or weaken enough of them, they’re ready to go up in smoke. "Given the reality of climate change we're only likely to see more wildfires."

Combating such challenging odds will require extensive thinning and controlled burns to mimic the conditions that created healthy forests of the distant past. Bugert says we’re theoretically on the right track.

"I think our state is doing the right things — DNR has really emerged as a regional leader," Bugert says. “It’s a bold vision [and] far more than we could have hoped for."

The big issue with crowded, diseased eastern Ponderosa forests that Franz describes are ladder fuels. For generations, people cut the biggest, most valuable, fire-resistant Ponderosa pines. This created light and space for smaller trees and brush to grow. Humans also snuffed out low-intensity fires that historically got rid of ladder fuels and the exacerbating build-up of dead wood and needles on the forest floor.

Recent forest management was a stark reversal from the way we’d managed fires throughout prehistory. Lightning sparked some low-intensity fires back in the day, but for centuries humans did their part. Forester Derek Churchill says the historical record seen in the oldest ponderosas indicates humans have been making controlled burns in the area for 1,500 years -- though it probably happened even earlier than that. The mountain meadows John Muir describes as Edenic and primeval actually got that way through Native Americans’ use of fire to create space for grazing game. White colonizers were far less disciplined, and the forests suffered.

But civilization makes getting rid of fuels the old-fashioned way much more complicated. Nobody wants to breathe smoke from controlled burns – and air pollution standards may forbid it. But not breathing any smoke at all isn't an option for residents who live near vulnerable forests. This spring, smoke from controlled burns filled the Methow Valley. If the plan works, manmade burns plus smaller wildfires will be necessary to restore healthy forests.

"It's a question not of ‘do you want smoke,’ but ‘how do you want your smoke?’" Bugert says. "If we want to continue to live in the forest, we will need to have fire in the landscape."

You can see what this looks like on the ground on a hillside near Cle Elum. At the 80,000-acre Manastash-Taneum Resilient Landscape Restoration Project, a dry slope not far from I-90 hosts two different versions of the same forest side by side. One side has been treated— trees are thinned and underbrush is removed — and the other has not. The treated side is park-like, with trees standing at wide intervals between grassy groundcover. The untreated side is just a green wall. If fire strikes that wall, nothing will stop it.

“[The project] goes to show that you can achieve multiple outcomes," Bugert says. "You can combine good forest health thinning and at the same time use some of these revenues to invest [in improving habitat].  If you take an approach like that, suddenly a million acres doesn't seem wildly unrealistic."

There’s only one catch: State and federal governments will have to keep the financial tap flowing for the long-term. Despite recent state and federal appropriations, "money is the first and most significant barrier," Franz says. ”We have to make the case that we have a forest health crisis."

Society and its elected representatives will have to sustain a sense of crisis for a long time. Over that long haul, Churchill says, it will be necessary to stay focused and "manage expectations" so that when a big wildfire inevitably happens, people don't give up on the process. “It has taken us 100 years to create the current problem,” Churchill says. “It had better not take another hundred years to solve it.”