How ‘himpathy’ marginalizes the women of #MeToo

When men in power are accused, public expressions of disgust aren’t necessarily the best response. 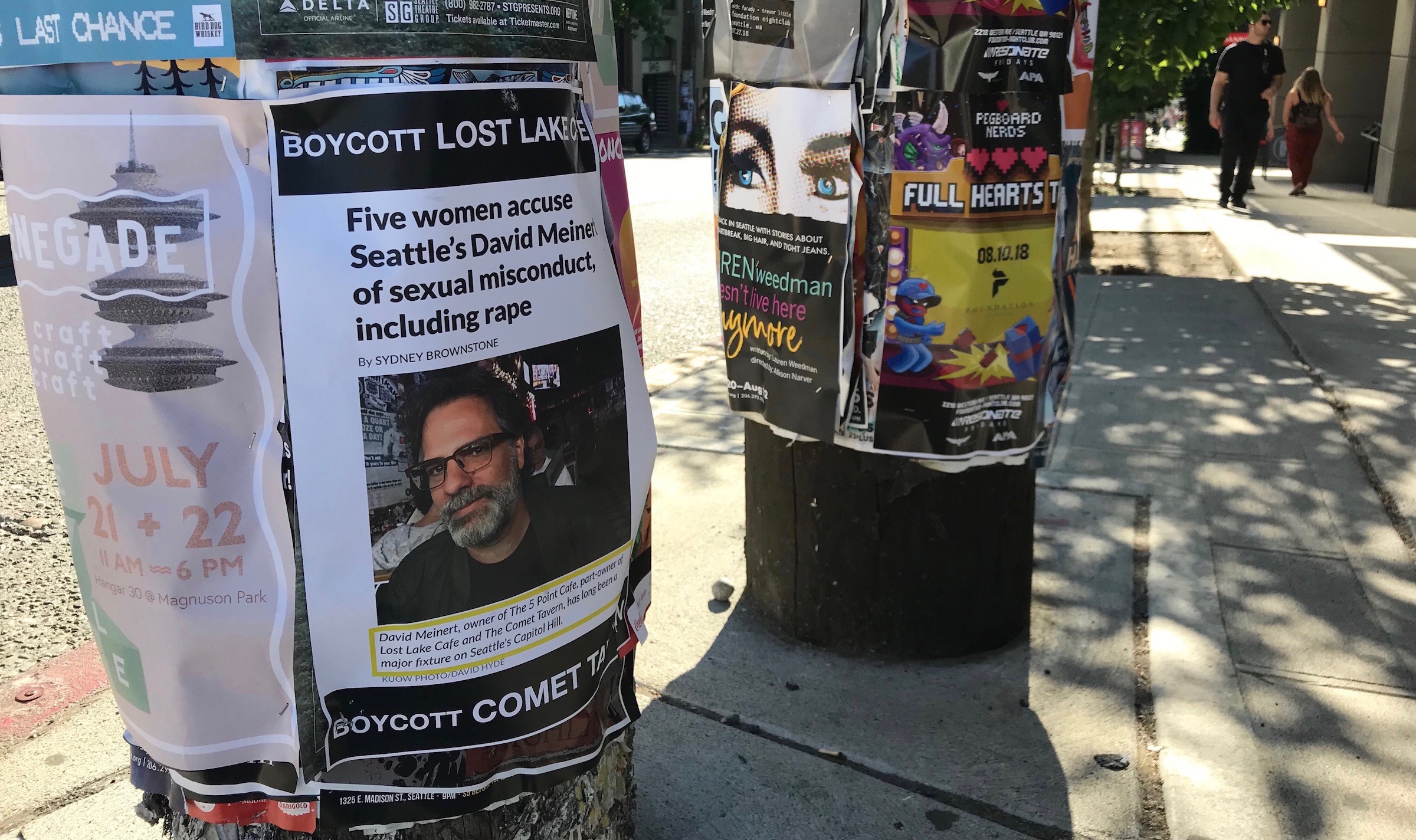 A poster that appeared after the publication of stories about sexual misconduct allegations called for a boycott of a Capitol Hill business owned by Dave Meinert. He quickly sold the business. (Photo by Mason Bryan/Crosscut)

Dave Meinert has been accused of rape, assault and sexual misconduct by 11 women.

Dave is a man with businesses, with influence, with friends — friends like The Stranger’s Dan Savage who are men with access and compounding circles of influence. These are the men who tell our stories; the men who hold the keys to the candy store of the culture. The men who are seen to be in the center of everything.

When powerful men are accused of raping women — an act of misogynistic violence — what do their friends do? It’s a reasonable question. Their answers to that question don’t just redefine interpersonal friendships. Their answer circumscribes how the culture responds to such accusations.

There is a normative script for how these events unfold. There is a pattern. This pattern explains why, for example, Brock Turner is referred to in headlines as “Stanford swimmer Brock Turner” and not “convicted attempted rapist Brock Turner.” The moral attention, in response to these stories, is focused on the accused man as well as on the men adjacent to him.

This attention, wielded by the culture, is concerned with how far the male protagonist had to fall, what genius or charisma in the zeitgeist has been lost, and the transformative or saccharine sentiments of powerful adjacent men.

This exonerative reframing is defined by philosopher Kate Manne as himpathy, which is “the excessive or inappropriate sympathy extended to a male agent or wrongdoer over his female victim.” Himpathy essentially operates through building public narratives of men’s exonerative pathways to redemption — and it gives moral weight and attention to that pathway. Moreover, this exonerative view centers the moral experience and storyline of the male perpetrators over the victims. In the case of the accusers here, KUOW’s Sydney Brownstone has done an excellent job of countering this systemic erasure, but in general, the victims are faceless and inevitable; we aren’t curious about her, or them, as they are banal and problematic, at best. But the man who has fallen from grace —now that is a blockbuster story.

Moreover, we see women celebrities like Lindsay Lohan, an individual systemically rewarded by a misogynistic system for her pandering and palatability to White male power, indicting #metoo advocates for looking “weak when they are really very strong women.” The unquestioning amplification of her blatantly misogynistic and exonerative sentiments is exactly what the term himpathy was coined to describe.

We see these exonerative narratives and the centering of the dominant male worldview with the non-stop legitimization of himpathic voices in the news cycle. Savage, for example, published a retrospect on his relationship with Meinert (who has denied committing any act of violence), entitled: “When friends do terrible things.” Savage’s response — to the news, to the shock — became a story itself. A story he himself had the privilege and power to publish.

Public moral attention was hijacked from the victims and the magnitude of the accused crimes to be focused instead on the adjacent male moral heroes, on how they cautioned and posited judicious caveats and how these men observed, noted and processed the waves of disorientation and grief after receiving the news. Such a reasonable response. Such dignity.

The moral clarity and transcendence of adjacent men is a fun and exonerative frame around how we speak, in public, about a story —at its most fundamental level — that is about a man accused of raping women.

Regarding Savage, just so we are clear, his thesis statement “just because I didn’t see it doesn’t mean it didn’t happen” is garbage, a misogynistic sentiment. It is a trope employed to give a sense of balance — false balance. Despite Savage’s concluding statement of “[t]his happened," his editorial choice to center his own arbitrative authority in the public narrative allowed for an absolute chasm of doubt to be laid in front of the collective voices of women. Because, of course, he didn’t fucking see it. That is also the point. This trope, of inserting male viewership over voices of victims, centers and affirms the legitimacy of the perspectives and arbitrative power of men over women. It’s not news. It’s propaganda that services the dominant, supremacist power structure of patriarchy.

When men use their personal power to elevate exonerative narratives that center men’s viewership and power to arbitrate reality, we should call it for what it is — misogyny. It is a boot of misogyny on the neck of our culture.

It ensures that women’s voices, and the voices of other victims of sexual violence, are situated at the margins of the story. Because, of course, they are not the story, or where our moral attention should be directed. But, the man falling from grace, the man one step from redemption: He is always the star.

Coming soon: A roundtable conversation with seven female leaders in the restaurant/music/arts scene about how Seattle should respond to sexual harassment and assault. 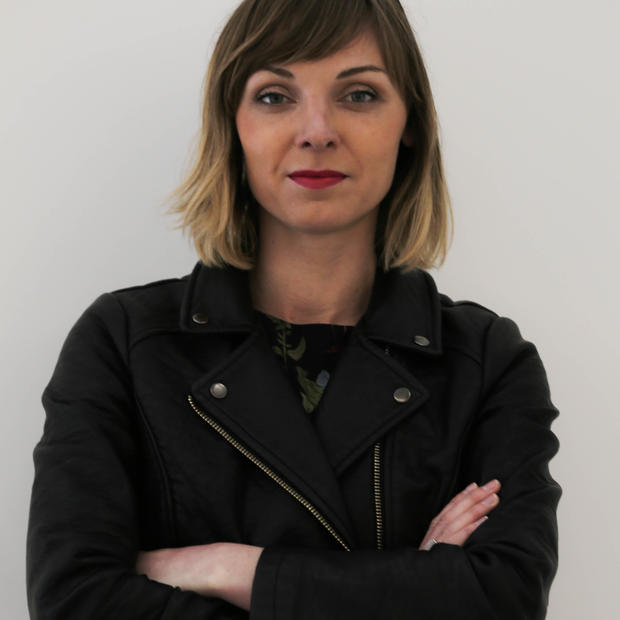 Sarah E. Myhre, PhD, is a paleoceanographer at the University of Washington, a national thought leader in science communication, and founder of Rowan Institute.