A governor-appointed task force considers whether removing six dams across Washington could help restore the salmon runs our whales rely on. 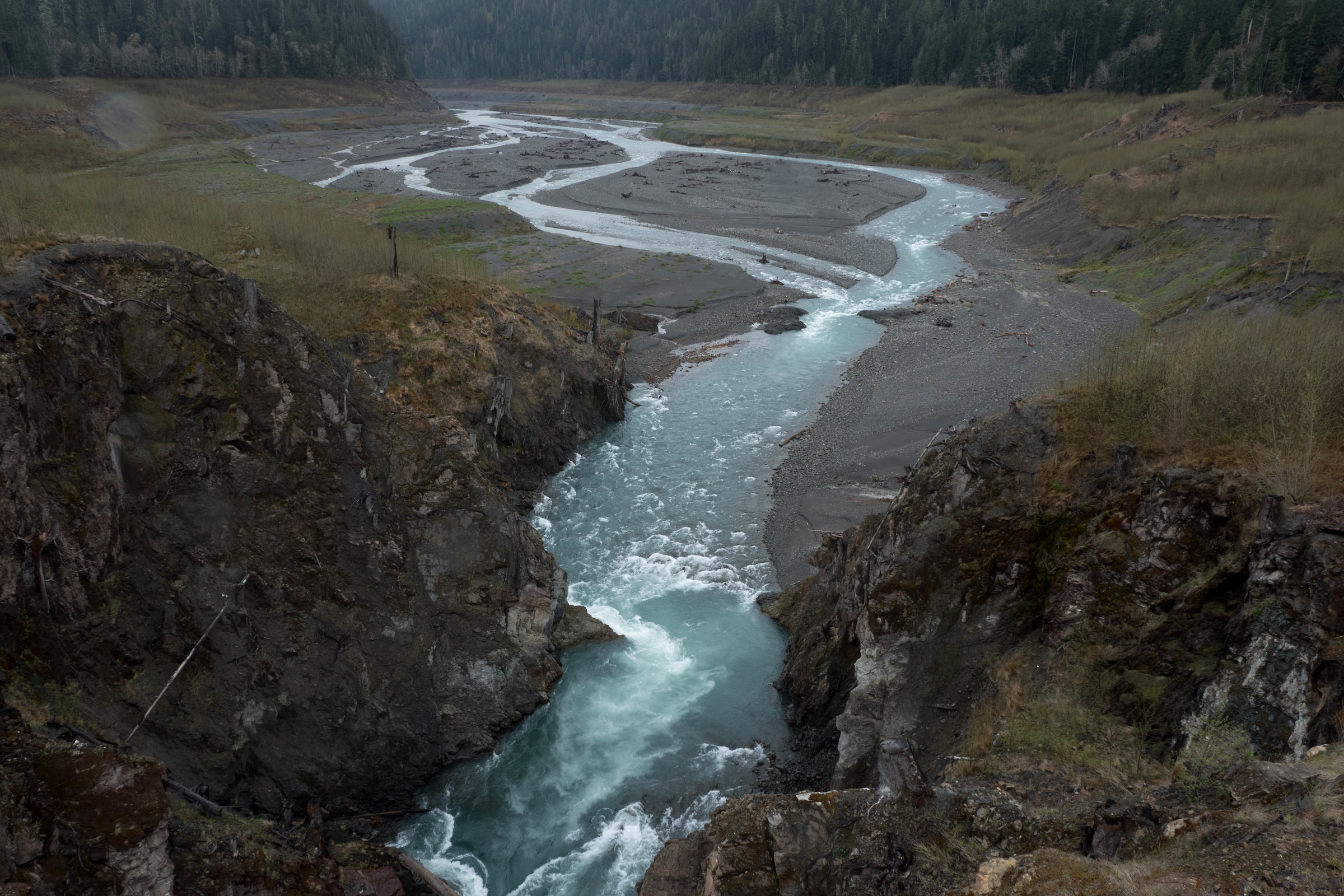 Last spring, Gov. Jay Inslee appointed a task force of state officials, business and environmental interests, tribes and local governments to investigate how the Washington Legislature and his administration can deal with plummeting numbers of orcas in Puget Sound. Ahead of its first formal recommendations in November, the group is studying whether a short-term fix might involve removing six small dams across the state.

The rationale is simple: These orcas' main food source is fatty adult chinook salmon, and dams impede the journeys of young salmon (called smolts) from their hatcheries and inland spawning beds to the ocean where they grow large enough for orcas to consume. Right now, the state’s three orca pods — J,K and L — get insufficient amounts to eat and are down to 75 members.

Chinook salmon numbers have dropped from 335.8 million in 1992 to 175.8 million in 2016, according to state government figures. Dam removal could boost salmon runs just enough to keep Puget Sound's charismatic whales hanging on.

Four dams along the Lower Snake River between the Tri-Cities and Lewiston, Idaho have long been a primary target. Environmental groups and tribes inside and outside the task force are now turning up the pressure to remove them. They argue the dams transformed the fast, narrow, and shallow channels of the Snake into wide, deep reservoirs unsuitable for salmon.

But the legal and bureaucratic complexities involved would make removal of the Snake River dams a long, arduous process. And the economic and political consequences of such an action could be dire: Barge traffic to and from Lewiston would end, 3,000 megawatts of power production would be lost, and farmland irrigation would suffer. Critics argue removing the four Lower Snake River dams would seriously threaten southern Washington’s way of life.

“If you're thinking about tearing down the dams tomorrow, what about the lawsuits and mitigation?” said member Bruce Smith, of Ilwaco Charters, at the most recent Aug. 28 task force meeting.

To that end, the task force identified six small dams to seriously consider recommending for removal. Timelines for removal are typically one to three years, though some allow for more than five years. They include:

Beyond lack of salmon, disturbances from vessels and water pollution are also keeping the orca pods from achieving stable numbers. In a February interview for Hakai magazine, National Oceanic and Atmospheric Administration biologist and task force member Lynne Barre said that to adequately rebuild the three pods, those whales would have to give birth to two more babies annually than that year’s deaths. The last recorded births of Puget Sound orcas were five in 2015 in the J and L pods. The most recent birth this summer turned tragic when mother Tahlequah's calf perished in view of the public. She carried the dead body around the sound for weeks.

Right now, the task force is looking at roughly 75 potential recommendations for increasing salmon numbers, reducing pollution, and decreasing disturbances from vessels. Some task force members argue that's too many for the state government to absorb and tackle in the near future.

“If we come up with 75 recommendations, my colleagues in the Legislature are going to laugh in my face,” Ranker said.

Other potential recommendations include limiting the speed of whale-watching boats and other smaller vessels to a speed of five knots whenever they are within sight of orcas, increasing the legal buffer between whales and boats from 200 yards to 400 yards, and empowering Washington Department of Fish and Wildlife officers to patrol near orca pods and use discretionary powers to cite boats for going too fast or getting too close.

Ranker took a crack at vessel enforcement issues earlier this year, but his bill died; he plans to revive it in 2019. Rep. Brian Blake, D- Aberdeen, is thinking about introducing an appropriations bill to boost hatchery production. Task force members are also considering asking the state to ban the use of any remaining legal PCBs. They note discharge permits for sewage plants and stormwater facilities should become stricter in combing out contaminants. But many agree that in the short-term, dam removal might be the orcas' best shot.