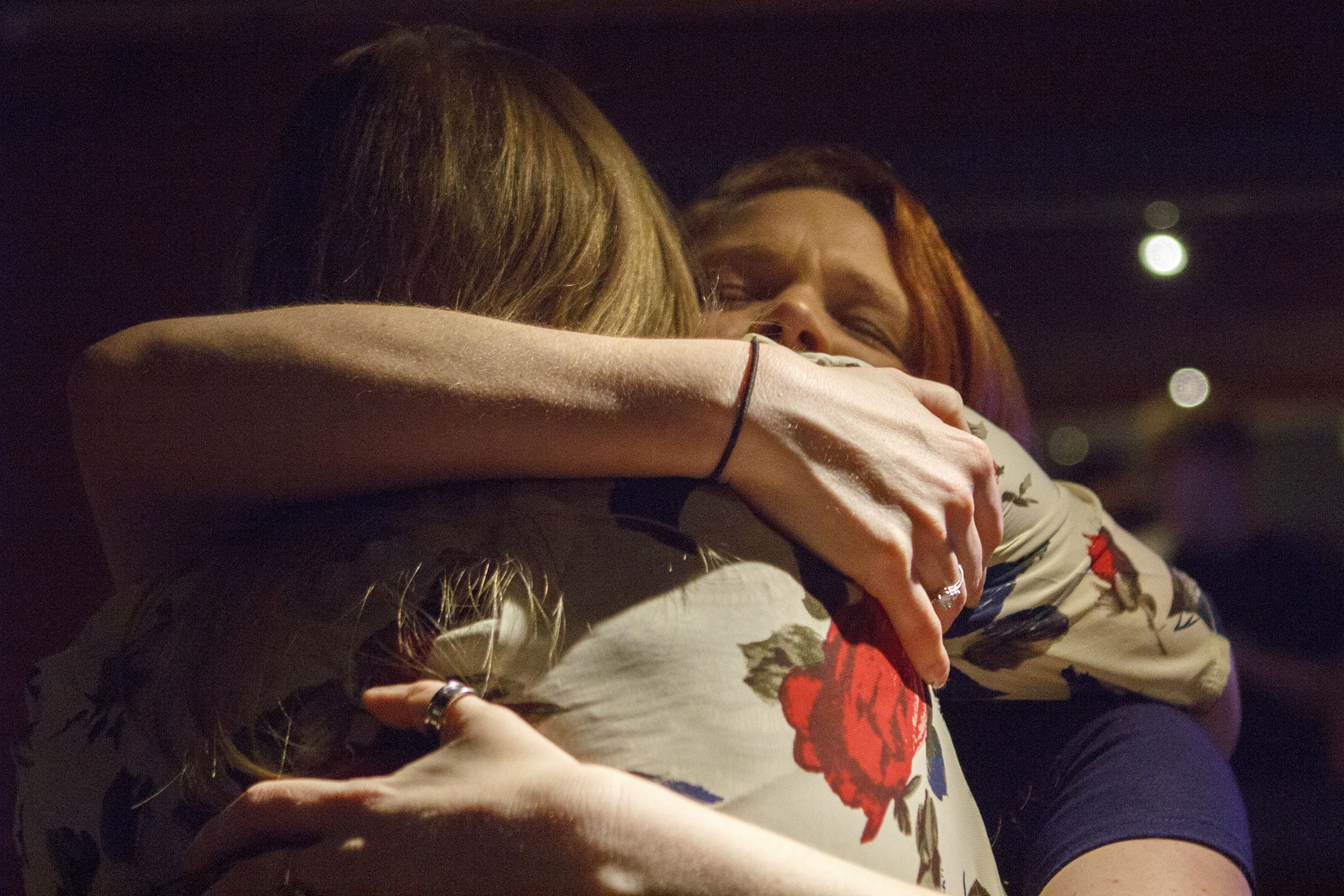 Sarah Smith is one step closer to becoming what some have referred to as Washington state’s own version of Alexandria Ocasio-Cortez — the 28-year-old Democratic socialist who recently took the political world by storm after ousting a longtime incumbent in New York’s primary election in June.

With results released late Monday, Smith — endorsed by Ocasio-Cortez herself — is now leading Republican Doug Basler by 2,886 votes in the race for second place in Washington’s 9th Congressional District primary. She still trails Democratic incumbent Adam Smith, whose share of the vote dropped below 50 percent when updated numbers were released last week.

“We’re trying not to count our chickens before they hatch,” Sarah Smith said excitedly after initial results were posted. “But I think we’re going to be there in November.”

“This is huge. This is enormous. We’re pretty confident now,” she added.

Sarah Smith had initially been 3 percentage points behind Basler. If Smith is able to hold onto her lead over Basler, she will face the other Smith in November’s general election.

“Adam was pretty confident, bordering on overconfidence, and Sarah and I together knocked him below 50 percent. That’s a huge difference than what I’ve seen from the last two cycles,” Basler said. “Typically, it’s a cakewalk for him.”

Basler also accused Adam Smith of being out of touch because he's been in political office for so long.

“My platform has always been that public office should be like jury duty, where you go, serve for a little while, and go home,” Basler said.

As for Basler's chances of winning over the district, he admitted, "it’s a heavy D district, and I get that it’s a long shot, but I want to give people a choice.”

Kendall Le Van Hodson, chief of staff for King County elections, said there’s still approximately 3,720 votes left to count in the county, which is one of two that contains the district. She said that they’ve counted  540,184 votes so far.

Hodson added that the race could end up in a recount after results are finalized on Aug. 21.

Sarah Smith said if she makes it through to the general election in November, she would first take a second to enjoy the moment and then focus on getting her team back together.

“We kinda didn’t really know what we were doing,” Sarah Smith said, noting that she had learned a lot during the campaign about community engagement and amplifying the voices of others to make them feel like they’ve been heard. Sarah Smith also said she plans to use data to see where exactly she’s lacking votes.

Overall, though, she said she feels like she’s a “competitive candidate to run against Adam in the general, so, I’m really excited.”

Rep. Adam Smith, for his part, said he always planned to work hard to make the case that he should, once again, be re-elected.

“I feel very good about where I am in the district,” Smith said. “I am a very strong voice for the values for this district.”

He attributed part of his success to being “outspoken and being a leader and going after Donald Trump and his policies,” including on key issues such as immigration, taxes and health care. Adam Smith also said he believed voters appreciated his strong stance against Russian interference in American politics.

Adam Smith has been criticized for voting for the creation of the U.S. Immigration and Customs Enforcement, or ICE. He has defended himself by noting that he voted for the establishment of the Department of Homeland Security, where the agency is housed, and not ICE. Smith has also been criticized for voting in 2002 for the war in Iraq, a decision he now admits was a mistake.

Sarah Smith is likely to pick up on some of her Democratic competitor's talking points. She, for example, has also made speaking against President Donald Trump a point of her campaign.

“This movement is about every single person who has felt like they’ve been forgotten,” Smith said on election night, while blasting Trump’s administration.

Sarah Smith is part of relatively new group called Brand New Congress, which was launched after Sanders’ loss in the 2016 Democratic presidential primary. The organization’s focus is on recruiting House and Senate candidates to run on progressive policy platforms without corporate financing.

According to Zeynab Day of Brand New Congress, which is headquartered in Charlotte, North Carolina, the group considers itself post partisan and boasts 29 candidates across 17 states. The candidates have garnered 376,933 votes nationwide so far. The organization already has had four of their candidates win elections and now, with Smith, has five candidates advancing to the general election in November.

Day said Brand New Congress enables voters to no longer have to choose the lesser of two evils. She described Sarah as “brilliant” and as an ordinary millennial voters can relate to because she has had problems just like them, such as struggling with student debt.

“We felt like she had a lot of insight,” Day said of why they picked Smith as a candidate.