The healing spaces of Creative Justice

This community arts organization gets young people involved with social-justice themed art — and out of the juvenile and criminal justice systems. 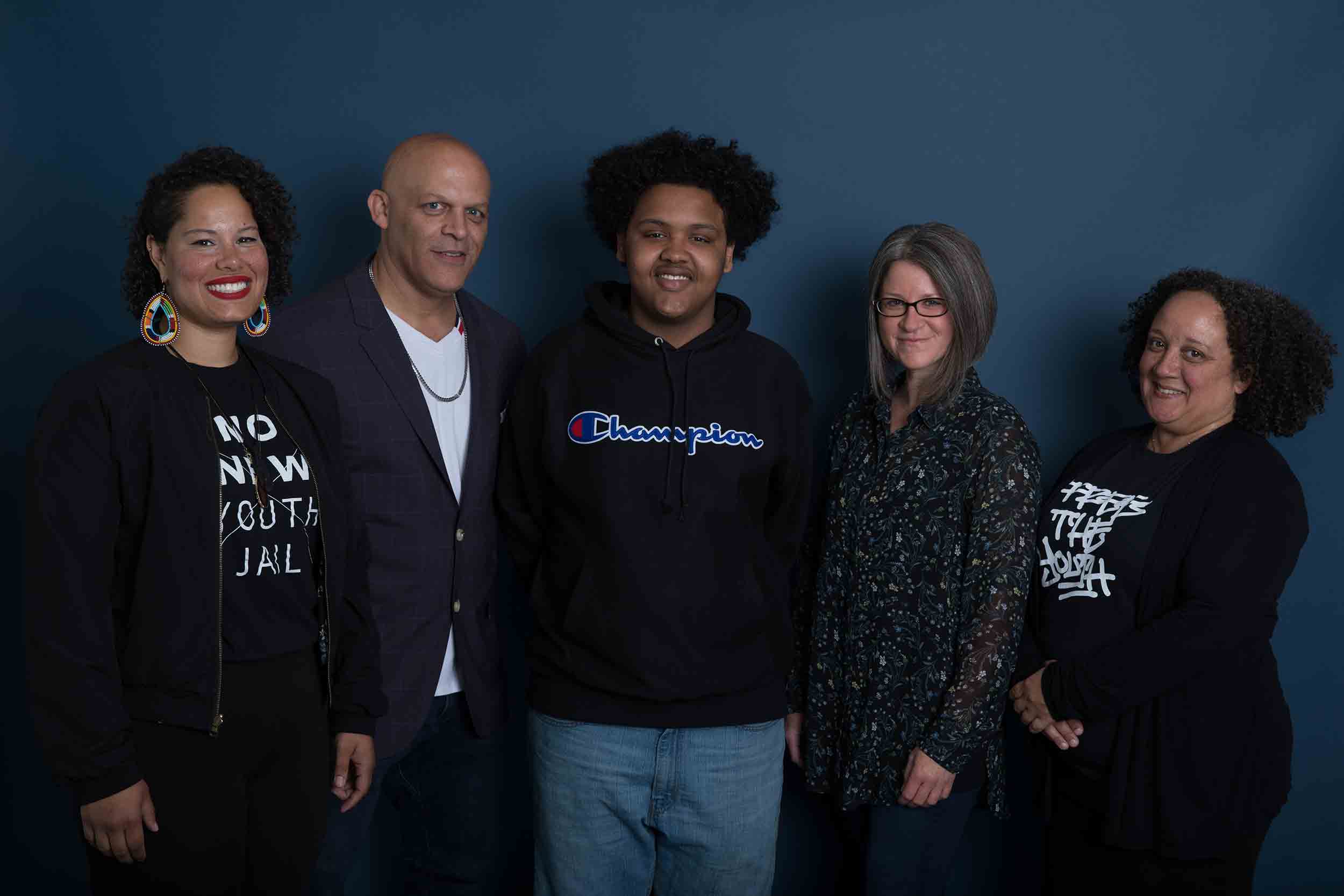 When Claire Thornton, a prosecuting attorney in King County’s juvenile division, was first assigned to an advisory board working with a local nonprofit that used art projects to steer youth away from jail time, she was skeptical. She couldn’t square how art could be an alternative to detention or reduce recidivism. But by the time the first session ended, she was convinced of its potential.

She recalls meeting one youth participant — a young man who had been charged as an accomplice to a robbery in the second degree — at a performance and speaking with him face-to-face, something a prosecutor normally doesn’t have an opportunity to do with a defendant.

“I met his mother and had a chance to talk with her and observe the youth’s loving interaction with his family,” says Thornton, who joined the adult advisory board for the program, which is called Creative Justice, in 2014.

She watched as he led his peers in the performance, and later when he came out into the crowd and introduced himself to Thornton and others. “He was sincere and courteous and respectful,” Thornton says. “He told me about his goals for the future, including going to college, and how Creative Justice had inspired him to seek out an arts-based internship that he hoped to get after his Creative Justice session was finished.”

This was not the person Thornton had imagined he was, based on her review of the police reports. His defense attorney had mentioned these positive characteristics, but, Thornton says, “I had to see it for myself.”

Creative Justice was formed in 2015 out of both concern for responsible stewardship of public art funds and the debate surrounding construction of the county’s new Children and Family Justice Center, known by critics as the “youth jail.” The program gives youth an outlet for their creative energy and ideas while at the same time connecting them with the community and other civic institutions.

This work — and its remarkable results — have earned the group Crosscut’s 2018 award for Courage in Culture. Seats and tables for the annual Courage Awards breakfast can be purchased here.

An offshoot of the King County cultural funding agency 4Culture, Creative Justice is sustained by the National Endowment for the Arts, grants from King County and Seattle, and private donations.

The organization has a core team that includes Aaron Counts, a writer, educator and longtime lecturer on the subject of race and social justice, and Nikkita Oliver, a teaching artist, attorney, anti-racist organizer and 2017 Seattle mayoral candidate. Heidi Jackson is the current Creative Justice project manager for 4Culture. Together, they oversee a rotating group of mentor artists that includes musicians, chefs, poets and sculptors.

The group offers 12- to 16-week programs to youth most impacted by what many call the “school-to-prison pipeline” — policies and practices that funnel a disproportionate number of young black and brown students from school into the juvenile and criminal justice systems.

Youth on probation or facing pending charges are referred to Creative Justice by their probation officers, defense attorneys, or mentors at school and offered, instead, the chance to work with local artists to create social justice-themed projects or presentations. (Some participants, who’ve heard about the program through friends or other means, refer themselves.) The program gives participants tools to explore themes that affect the cohort’s daily lives, including gentrification and the school-to-prison pipeline. The program also helps to reinforce social skills and behaviors that encourage positive life choices.

The benefits for participants range from a reduction in community service hours to a full dismissal of charges. In 2016, 48 youth participants referred to Creative Justice brought with them a total of 72 charges; of those, 39 charges were dismissed, and 13 felonies were reduced to misdemeanors.

The program also creates connections between the young people and community resources that may be of help to them in the future. One past project included a public exhibition called “Someday We’ll All Be Free” that focused on the impact of mass incarceration on the community and culture in Seattle. The group created photos and paintings that were displayed as part of an exhibit both at the gallery at City Hall and at the downtown Seattle Public Library. A separate project, currently on exhibit at the University of Washington School of Law, examines social movements and includes images of Creative Justice participants and other youth involved in local protests.

“These types of institutions might sound exclusionary to the folks we serve,” says Counts, “so we want to foster the idea that they do belong there and their work is valuable and there is an audience of people who want to know them and want to help.”

Creative Justice participants meet twice a week as a group, always kicking off the gatherings with a shared meal. The group then slowly builds the program with discussions about issues going on in the participants’ lives, how those issues may be addressed through art, and hands-on art instruction. The mentor artists lead class time and are responsible, together with the youth participants, for deciding what the session’s final art project will be. (There are anywhere from three to four sessions per year.)

“The exciting thing is, we don’t have a set curriculum,” says Counts. “We have a framework in which we want to build the ideas of communication and collaboration, but the particulars of what’s being taught is dynamic and responsive.”

While the benefits for the participants and the community are many, Counts feels particularly inspired by Creative Justice’s success in affecting change within King County’s youth criminal justice system as a whole — witness Thornton, the prosecuting attorney who now sits on the group’s adult advisory board.

“We’ve seen judges and prosecutors change the way they work,” Counts says. “They’re interacting with youth in a real and genuine way instead of looking at a young person as a list of charges on their court filing.”

While Creative Justice’s immediate goal is to avoid youth incarceration, the group’s leaders hope that there will come a day that King County is no longer sending young people to jail.

“Then Creative Justice can use our efforts towards building more healing space,” Counts says.

Courage Award winners are nominated by the community and selected by an independent panel of community leaders. Find a full list of winners here. 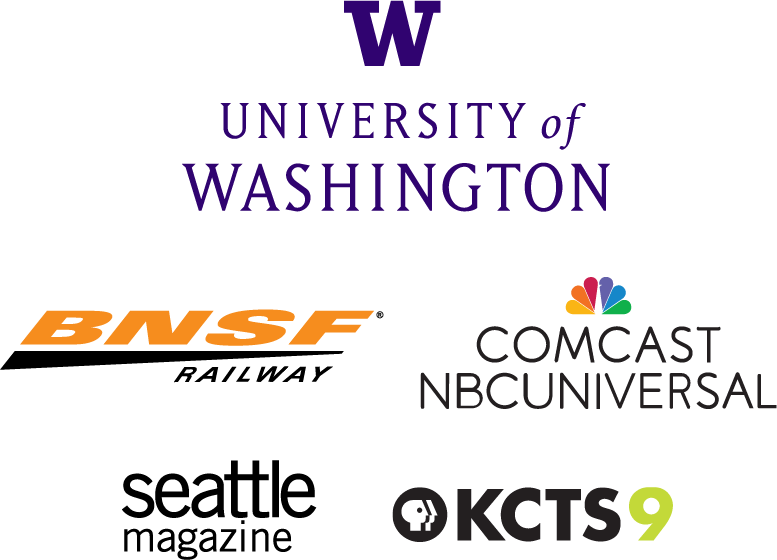