NW mayors: The feds won't fight climate change but we will 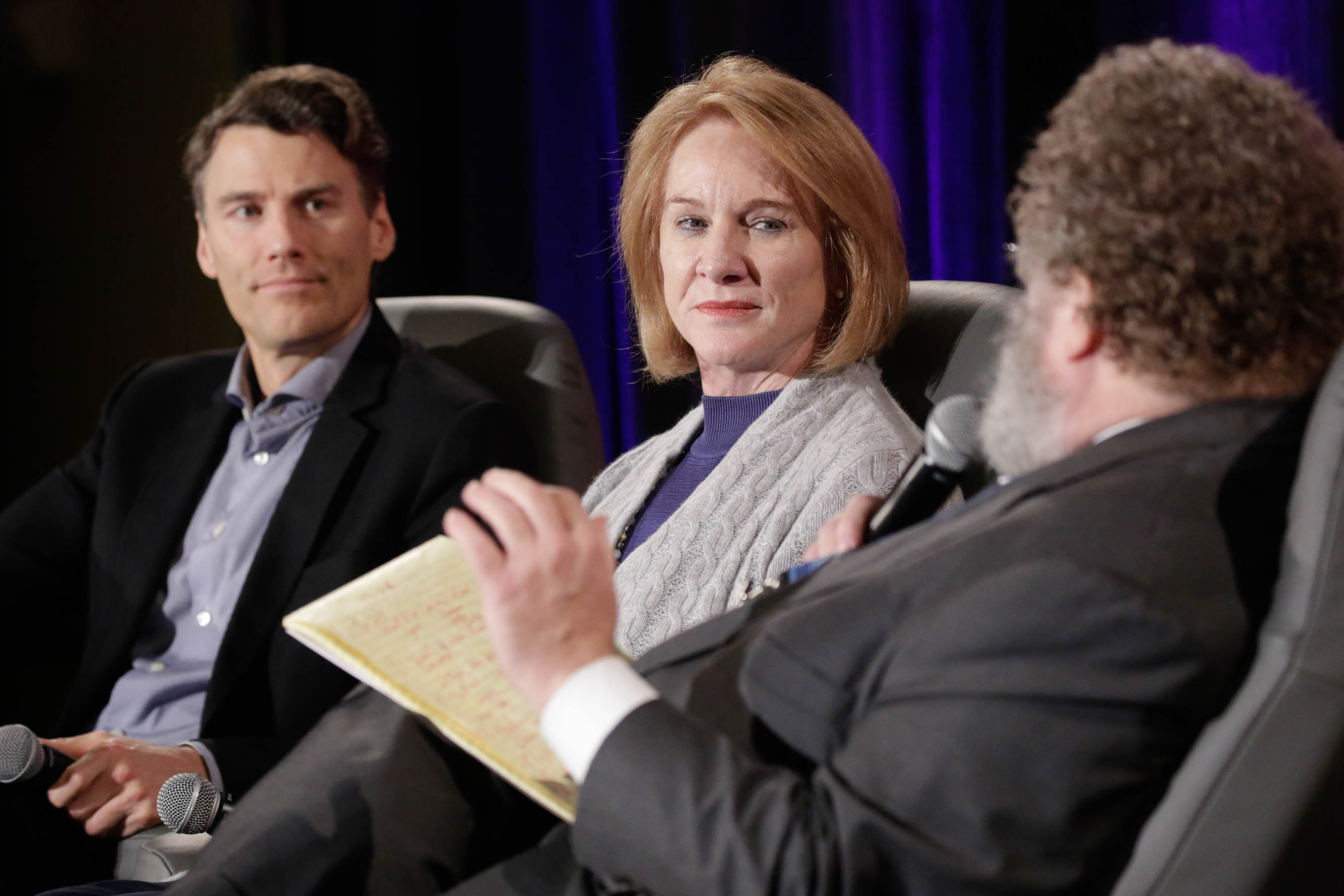 Gregor Robertson, the mayor of Vancouver, British Columbia, and Seattle Mayor Jenny Durkan were interviewed at the Crosscut Festival 2018 in Seattle on Feb. 3, 2018. (Jason Redmond for Crosscut)

Good news — there is one big positive take away from Donald Trump’s decision to initiate withdrawal from the Paris Climate Agreement: Despite Trump’s reckless approach to climate change in Washington D.C., leaders on the West Coast of North America are committed to global leadership on aggressively transforming our economy to being cleaner, healthier and stronger.

The real action is outside of Washington, D.C. States, regions, cities and businesses are collaborating across state and national borders to reduce harmful carbon pollution while creating good jobs and protecting our climate and environment. Nowhere is this progress more apparent than among the Pacific Coast states, provinces and cities that have come together as the Pacific Coast Collaborative.

As leaders from countries, cities, states and businesses convene in San Francisco for the Global Climate Action Summit through Friday, our Pacific Coast Collaborative team will seize the opportunity to showcase the progress and resiliency of the West Coast’s climate and clean energy goals at a time of U.S. federal inaction.

As the mayors of two major cities in the Pacific Northwest, we know that the power to affect transformative change is in the collective resolve, ingenuity and strength of our people, our businesses, our institutions, and our abundant renewable natural resources. To that end, we have already achieved remarkable progress.

Vancouver is cutting carbon pollution while having the fastest growing economy in Canada. Key to this big success is Vancouver’s commitment to be the world’s greenest city and 100 percent powered by renewable energy, and our focus on ambitiously growing and attracting low carbon businesses in clean tech and creative industries.

In Seattle, aptly known as the “Emerald City,” we have ambitious plans along with our carbon neutral utility to reduce building and transportation emissions. According to the Electric Power Research Institute, 6 percent of all new vehicles here are plug-in electric. This puts Seattle ahead of schedule to meet our goal that 30 percent of new vehicles be electric by 2030. And Seattle is now the largest city in the country to offer free transit to our high school students to provide affordable public transportation options to our young people, reducing dependence on cars both now and, in particular, for the future.

In this local-to-global effort to combat climate change, we acknowledge that our efforts cannot be confined to our own borders. Further, we are striving to think beyond electricity and power generation. Transportation, buildings, industry, and stewardship of our environment must all play a role in decarbonizing our economies for a sustainable future.

We can get so much done if we work together both within and beyond the Pacific Northwest.

Consider the scale of the Pacific Coast. From California to British Columbia, our region represents the world’s fifth-largest economy: a region with a combined GDP of $3 trillion. From Los Angeles to Vancouver we are leveraging that enormous scale to work together to align building efficiency, transportation, renewable energy and organic waste system policies to reduce climate change.
Since 2008, we have grown our regional GDP by 32 percent while cutting our emissions by more than 6 percent (based on state and provincial inventories of emissions). In 2016, the states of California, Oregon and Washington and the Province of B.C., together with six of the West Coast’s biggest cities of Los Angeles, San Francisco, Oakland, Portland, Seattle and Vancouver — represented together in the Pacific Coast Collaborative — reached yet another landmark agreement to align climate and energy strategies for 54 million Americans and Canadians. Those range from implementing energy data reporting and benchmarking for at least 75 percent of eligible large building square footage to reducing carbon emissions from the food waste stream by preventing and recovering organic waste and promoting composting.​

Since then, our momentum only continues to grow, despite federal choices to backslide on our climate progress by propping up polluters. For example, the West Coast is a fast-growing market for zero emission vehicles, with sales growing nearly 25 percent each year for the past three years.

Further, clean energy policies have spurred innovation and opened up new markets, creating private sector jobs and attracting investment to the region. As of 2014, more than half a million West Coast residents worked in clean economy jobs, reflecting nearly 20 percent growth since 2010. Investments in wind and solar, combined with policies like Renewable Portfolio Standards, are bringing steady growth in non-hydroelectric renewable energy to the tune of more than 250 percent from 2005 to 2015. California and BC have carbon pricing programs that are driving economic growth and cutting harmful emissions. Pacific Coast Collaborative partners like the cities of Vancouver and Seattle are working together as a region to reduce food waste by 50 percent by 2030.

Our goals are lofty but eminently achievable as we demonstrate again and again that creative collaboration among partners and stakeholders creates jobs, provides opportunity and improves health outcomes. And as the summer of 2018 draws to a close, with record heat and record wildfires up and down our coast, it is painfully obvious that this is the best, and only, path forward.

Looking ahead, we can begin to imagine a time when renewable energy is simply energy, when electric vehicles are simply vehicles, and clean air is the norm rather than the exception no matter the income level of communities. Our collective action advancing a “clean energy economy” hews toward a transformative vision in which we may simply refer to the economy at-large, taking for granted that it is clean, taking for granted that we are directly addressing climate change.

As federal inaction continues, our communities have only grown bolder and more united in addressing the pressing concern of our age. The Global Climate Action Summit will demonstrate that the relentless ingenuity and resolve of our communities to tackle climate change is greater than the sum of all efforts to halt our progress. 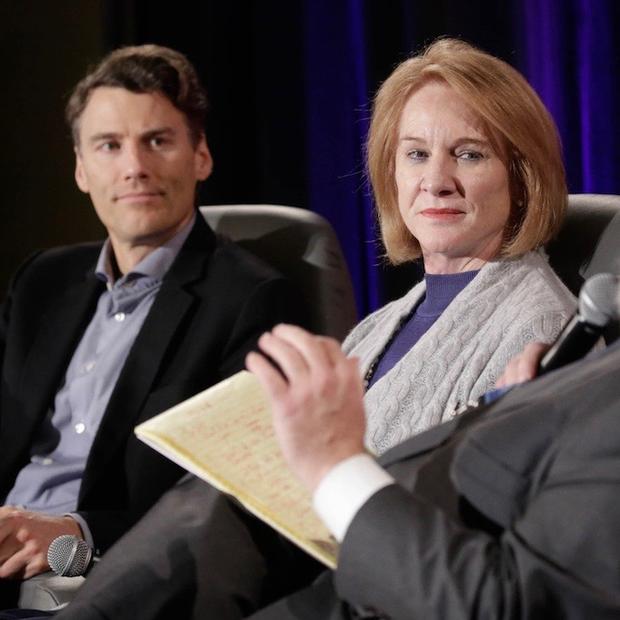