Wolves in the crosshairs again in Northeastern Washington

After six incidents resulting in the death of one calf, the state has decided to kill at least one wolf. Conservation groups plan to challenge the ruling. 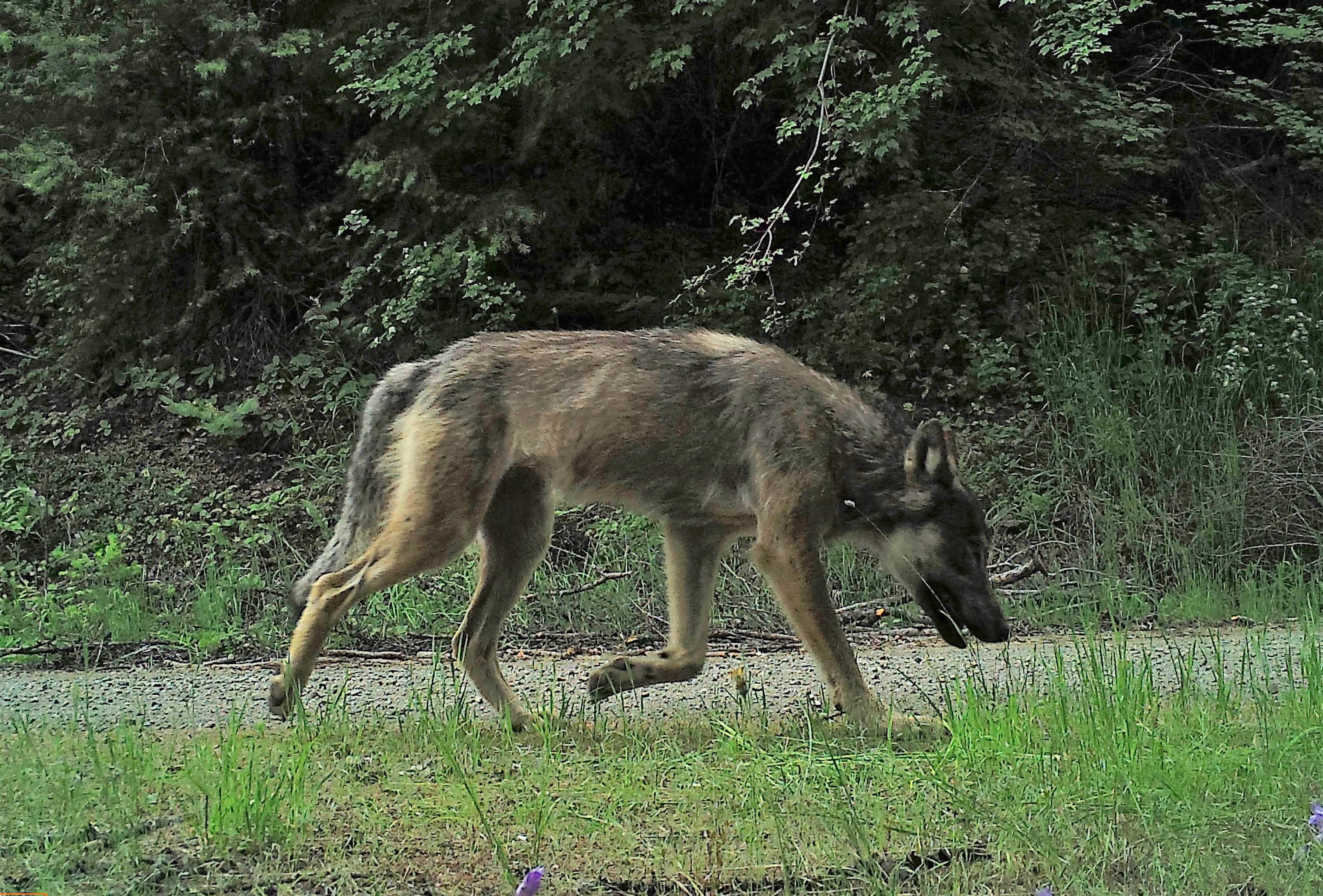 A male wolf from the Sherman Pack captured by camera trap. (Photo courtesy of Conservation Northwest)

For the third year in a row and the second time this month, the Washington Department of Fish and Wildlife has announced plans to kill wolves roaming Ferry County. Since Sept. 4, members of the Old Profanity Territory pack have killed one calf and injured five others on U.S. Forest Service grazing lands.

In a statement released Wednesday, Fish and Wildlife Director Kelly Susewind authorized lethal removal for at least one wolf. Earlier this month, the department shot a member of the Togo pack that had also been hunting cattle in Ferry County.

"This is a very difficult situation, especially given the history of wolf-livestock conflict in this area," Susewind said in the statement. "We are committed to working with a diversity of stakeholders in a collaborative process to seek other creative and adaptive solutions to prevent future losses of wolves and livestock."

Wolves trace a raw wound in their Washington habitats, where conservation-minded citizens and livestock producers often clash. Wildlife managers are caught in the middle, pinioned by mandated species recovery goals and the increased wildlife-human interactions that come with them.

A five-year-old Wolf Advisory Group convened stakeholders to minimize conflicts, but advisory group member and Defenders of Wildlife VP of Field Operations Shawn Cantrell thinks the wolf killings are a step in the wrong direction — especially in the conflict-plagued Kettle River Range, where the pendulum swing of recovery and removal has a long and controversial history.

“Lethal removal isn’t breaking the cycle,” he said. "They did lethal removal in 2016 and 2017 ... Have we not learned from the situation? Next year we’ll be in the same situation.”

The state cannot begin attempting wolf removal until this afternoon, but a few conservation groups have filed injunctions to stop the hunt. The Center for Biological Diversity plans to host a protest and die-in at WDFW office on Friday.

Cantrell concedes that the state met the Wolf Advisory Group’s established protocols for trying nonlethal deterrents and waiting for a certain number of predations. He also agrees that removing one wolf is unlikely to slow the pace of recovery in the state: Right now, Washington hosts around 122 wolves; most packs are concentrated in the mountains and forests of the northeast part of the state and along the eastern front of the Cascades.

Still, he prefers other, nonlethal approaches, from training cows to behave more like wild ungulates that stay bunched and therefore protected, to bringing in supplemental food for the wolves, like roadkill. Those methods would cost money, but they would buy time: Only five or so weeks remain in the grazing season, at which point livestock producers will remove their cows from wolf habitat.

The WAG could conceivably convene and come up with new methods for next season. The removal of seven wolves from the 11-member Profanity Peak pack in 2016 cost $135,000.

“Lethal removal gives the appearances of doing something or solving something,” Cantrell says. “Even if they took out every wolf, this area attracts wolves every year. Profanity Peak and Sherman Pack were removed, but they keep coming back. Different wolves will come back.”