To whale watch, we all must make sacrifices 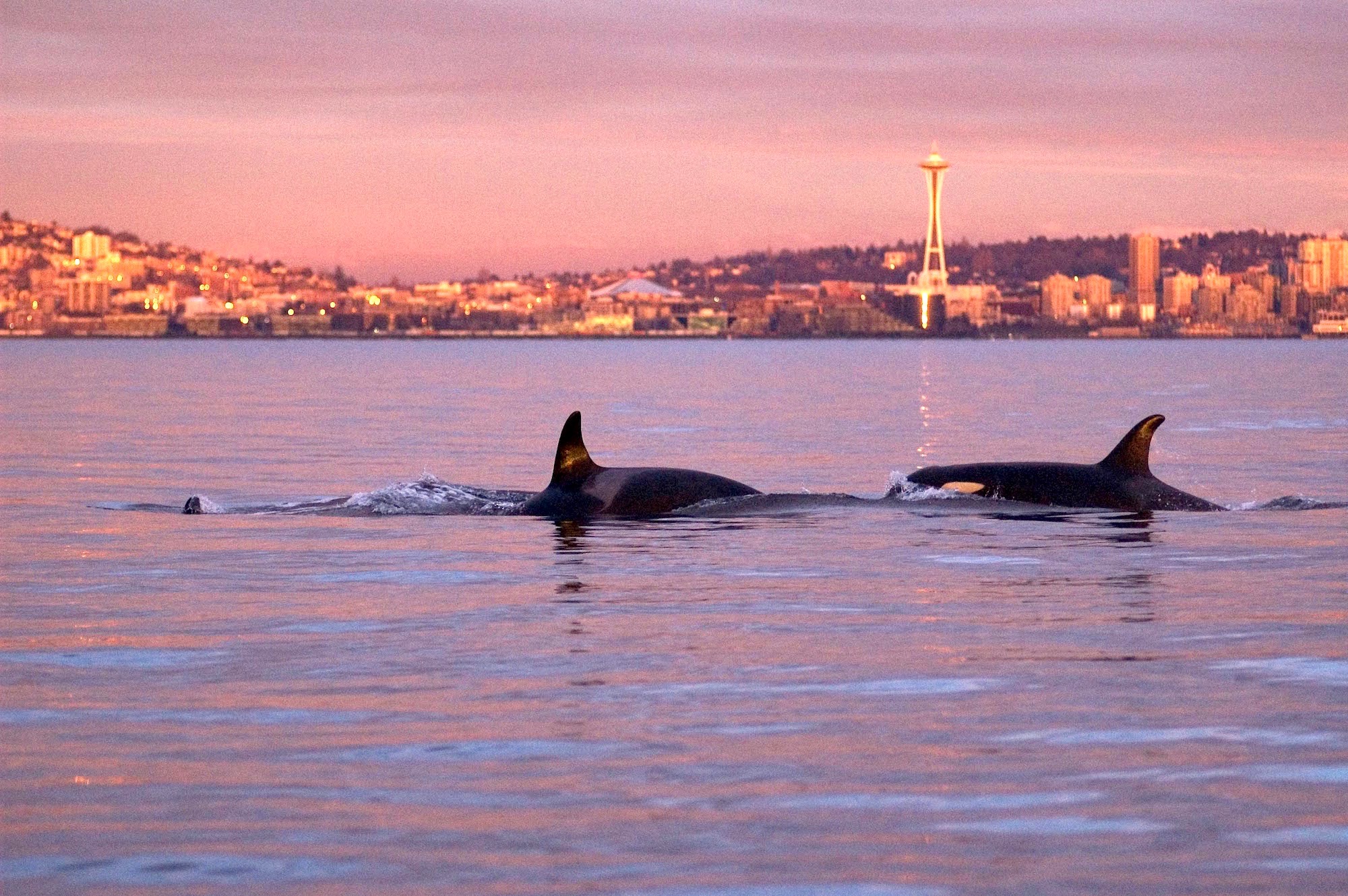 Scan the card rack on any Washington state ferry and you’ll find whale watch operators’ brochures featuring breaching orcas with promises of seeing the whales — or your next trip is free.

It has become clear that it will take a lot to ensure southern resident killer whale sightings here in the future. Recent media coverage of starving and grieving whales has raised great concern in the general public over the whales' tragic trajectory.

As the midterm elections took place Nov. 6, Gov. Jay Inslee’s Orca Task Force was convened to finalize its report for delivery to the governor on Friday, in time to influence the 2019 Legislature.

Appropriately, the task force has already recommended a three- to five-year moratorium on whale watching operations targeting the endangered Southern Resident Killer Whale Community. But the whales’ survival ultimately will come down to their ability to eat salmon.

Human impacts on orcas — such as through whale watching cruises — would be buffered if the whales weren’t starving. As the top predator of the sea, orcas can choose among all potential prey, but Washington's resident whales evolved to specialize on Chinook, or King, the largest and most threatened of the salmon.

It’s our historic and ongoing failure to protect and restore salmon habitat that has resulted in this emergency situation. Immediacy must be the highest priority: We can’t assume the whales have even the three to five years it will take to produce an adult Chinook from a hatchery.

So we must start boosting fish populations in substantial numbers. But it's not just about numbers: We must ensure that those fish are available within the whales’ range, that the whales are able to detect them, and that they're able to catch the few left they can detect.

Making Chinook: More adult Chinook could quickly be made available by reducing the tens of thousands caught accidentally, including by the Alaskan pollock and coastal hake fishing crews. Use of net cameras, Chinook excluder devices and other innovations need to be voluntarily implemented throughout the fleets immediately. And fishermen need to be offered incentives to adopt wide-ranging measures to reduce bycatch, as was done for sea turtles and dolphins elsewhere.

Finding Chinook: Reducing underwater noise that interferes with the whales' echolocation would improve their ability to detect salmon. The Port of Vancouver's ECHO program has commercial vessel operators voluntarily slowing their ships to reduce noise.  The Ports of Seattle (where I’m a commissioner) and Tacoma are exploring how to support such efforts in collaboration with Washington State Ferries.

Catching Chinook: We need to limit boat proximity to the whales to reduce disturbances that both impair the whale’s ability to catch fish, pollute the air, and carry threat of collisions. That’s why the task force’s call for a whale watching moratorium makes sense. Furthermore, the prominence of commercial operators also makes it easier for recreational boaters to find the whales.

Already, recreational boaters who encounter the whales must stay at least 200 yards away. Like commercial operators, recreational boaters should no longer be permitted to pursue the whales, and if the boaters encounter whales, they should be required to travel slowly in the opposite direction until at least a quarter mile away before increasing speed. They should also turn off depth sounders that operate within the whale’s hearing range.

It’s also critical to better understand the behavior of Chinook salmon in order to craft appropriate whale conservation plans.  The whales are keenly aware of where Chinook aggregate and the best places to catch them.  Historically, when the whales frequented the Salish Sea, they were regularly encountered along the west side of San Juan Island swimming back and forth apparently reflecting the Chinooks’ response to the tidal currents – a behavior I call “the westside shuffle.”

The whales use the shore and shallow bottom features, such as Salmon Bank, to increase foraging efficiency by cutting off potential Chinook escape routes. Not surprisingly, fishing crews have also found this region to be highly productive. Boaters and sport fishers frequent these nearshore waters using their sonar to find fish for extended periods. They also travel at high speeds between their marinas and fishing holes. This appears to be contributing to the displacement of the whales from their preferred nearshore habitat and has resulted in many unintentional interactions, which may account for the occurrence of propeller scars.

This is not to suggest that the whales don’t also forage offshore. As “cruising” predators pursuing migratory prey, the whales target the salmon where they concentrate while foraging opportunistically en route between destinations, such as the west side of San Juan Island and the Georgia Strait, in close proximity to the Fraser River.

Then there is the omnipresent risk of a catastrophic oil spill that would render all our efforts moot, with immediate, devastating and permanent impacts to the Salish Sea and survival of our endangered orca. Killer whales do not appear to avoid oil. Less than a week after the 1989 Exxon Valdez oil spill in Prince William Sound, Alaska, a pod was observed surfacing in the slick. Within a year, 13 of them were dead.

The Canadian government’s plan to triple the output of the TransMountain Pipeline poses the greatest increase in oil spill risk for the region. The task force needs to call for the governor to re-emphasize his opposition to the pipeline expansion. Inslee also needs to voice opposition to proposals for the expansion of the Puget Sound Pipeline, which directly connects Alberta’s vast heavy oil reserves with Washington state’s oil refineries and their tanker terminals, which could be used for crude oil exports.

There’s also plenty of risk associated with the existing movements of oil from Washington’s five refineries. The Department of Ecology completed a draft report of the movements of oil on barges, which have received far less attention than tankers, despite making many more transits through the Salish Sea. Based in part on those findings, the Legislature should initiate a rulemaking requiring the use of additional tug escorts and emergency response tugs to prevent spills from oil barges and other oil-carrying vessels not currently facing the same escort requirements as tankers.

No single activity is responsible for the whales’ decline. Fortunately for the whale watch operators, there are other whales in the sea.  Whale watching brochures have already been modified to guarantee that guests will see a whale, though not necessarily an endangered orca.

Ultimately, since the task force report is being sent to the governor and Legislature and many of the recommendations call for additional funding (and political will) to implement existing regulations, the single most important thing the public can do for the whales is to vote. While there was an excellent turnout for this midterm election, resulting in a more progressive state Legislature, the lack of support for Climate Initiative 1631 was truly disheartening. The oil industry has an unlimited budget to thwart the public good through an unprecedented disinformation campaign, but cries to the bank when called on to spend money to increase the safety with which toxic oils are moved within the Salish Sea.

The bottom line is that we all have to be prepared to make some sacrifices, because the whales don’t come with any guarantees.