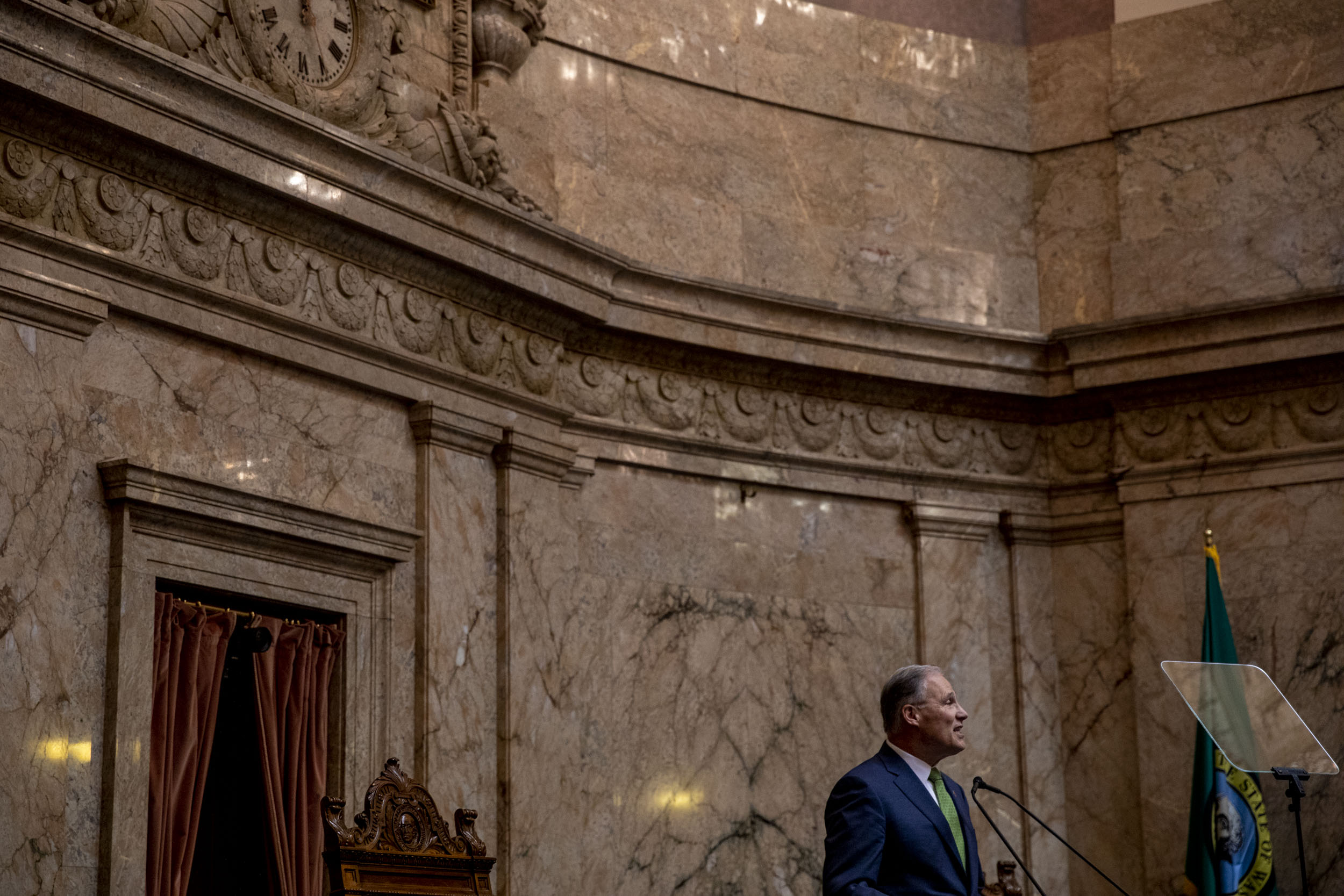 Washington Gov. Jay Inslee delivers the State of the State speech in Olympia on Tuesday, Jan. 15, 2019. (Photo by Dorothy Edwards/Crosscut)

Gov. Jay Inslee has carved himself a niche as “the climate guy.” And that persona dominated the governor’s State of the State speech to the Legislature on Tuesday.

He told legislators that climate change is the biggest and most immediate threat to Washington.

“In just the past few years, our state experienced record-high temperatures, record-low snowpack in some locations, higher ocean temperatures and high acidity in our waters,” Inslee said. He added, “Scientists say if we don’t act now, this will become the norm — a permanent degradation of what we love, our magnificent state. I don’t know of any other issue that touches the heart of things so many of us care about: our jobs, our health, our safety and our children’s future. But this doesn’t have to be our future. Science affirms the necessity of action — this day.

“This is the eleventh hour, but it is Washington’s hour to shine.”

Public hearings were held Tuesday afternoon on two bills by Rep. Joe Fitzgibbon, D-Burien, and chair of the House Energy and Environment Committee.

One bill would require that, by 2028, a gallon of transportation fuel produce carbon emissions 10 percent below its 2017 emissions level and hit 20 percent less per gallon by 2035. This program would have to kick off by 2021.

The second bill would require that Washington reduce its greenhouse gas emissions to 1990 levels by 2020. Then the bill calls for Washington’s carbon emissions to be 19 percent less than 1990 levels by 2025. And the state would have to try its best to achieve the levels called for in the 2015 Paris climate agreement — which the Trump administration withdrew from.

Meanwhile, Rep. Richard DeBolt, R-Chehalis, is preparing to introduce a multipart bill to require every electric utility to use only clean energy resources to meet new power needs beginning in 2029. His bill will call for some tax exemptions on machinery and efforts to reduce greenhouse gases. However, the draft also calls for eliminating Initiative 937 — the current state law that requires utilities to use clean energy to produce a portion of their electricity — if a state carbon tax or carbon cap-and-trade program is instituted.

In recent years, the state has seen the failure of two public initiatives and some legislative efforts to install a carbon tax. Inslee has not revived the concept, but has not ruled out a resurrection attempt, either.

Inslee also said he wants to phase out the use of hydrofluorocarbons, and to push for more hybrid-electric ferries, electric vehicles and more energy-efficient buildings.

“This means by 2035, nearly all our electricity will come from solar, wind and hydroelectricity, instead of polluting fossil fuels,” the governor said.

Inslee also used the speech to call for major efforts in dealing with mental health, orca recovery and improving education in Washington. And he called for abolishing the death penalty — a long-debated measure that might have enough Democratic votes this session. The proposals in his speech echoed plans announced during the past several weeks.

A $675 million plan unveiled last month would fund hundreds of new community mental-health beds and the hiring of more workers. It would also team the state government with the University of Washington to set up a new teaching hospital specializing in mental health.

“We need to transform behavioral health from a system that responds to crisis to one that helps people before they reach crisis,” Inslee said.

He also has identified $1.1 billion worth of efforts to resurrect the endangered Southern Resident Killer Whale population, which recently ticked up from 74 to 75 with the birth of a calf. Inslee’s target is 84 orcas by 2029. His plans have numerous pieces spread across state operations, capital and transportation budgets — making it difficult to pin down how much will come from which revenue sources.

“We must make unprecedented investments to save our orcas,” inslee said.

In his speech, Inslee did not mention any of the $3.7 billion worth of tax proposals that he called for in the $54 billion budget proposal unveiled last month — up from $44 billion in 2027-2017.

“It’s extremely disingenuous to mention all of the benefits and none of the costs,” said House Minority Leader J.T. Wilcox, R-Yelm. Rep. Drew Stokesbary, R-Auburn, and lead Republican on the House Appropriations Committee, said, “It’s difficult to have a serious conversation when you only talk about one side of the ledger.”

“You cannot have everything on every count that you asked for,” said Senate Minority Leader Mark Schoesler, R-Ritzville.

Republican leaders struggled Tuesday to come up with specific areas where Inslee’s plans should be trimmed or with specific alternatives to his plans.

Citing the state’s major problems managing the psychiatric Western State Hospital, Stokesbary opposed creating another mental health hospital, which would be the proposed teaching facility. He also questioned the $1.1 billon price tag of the orca recovery efforts. However, his suggested change in that program would be to increase hatchery production of chinook salmon over Inslee’s target — saying the additional salmon production should be the top priority. 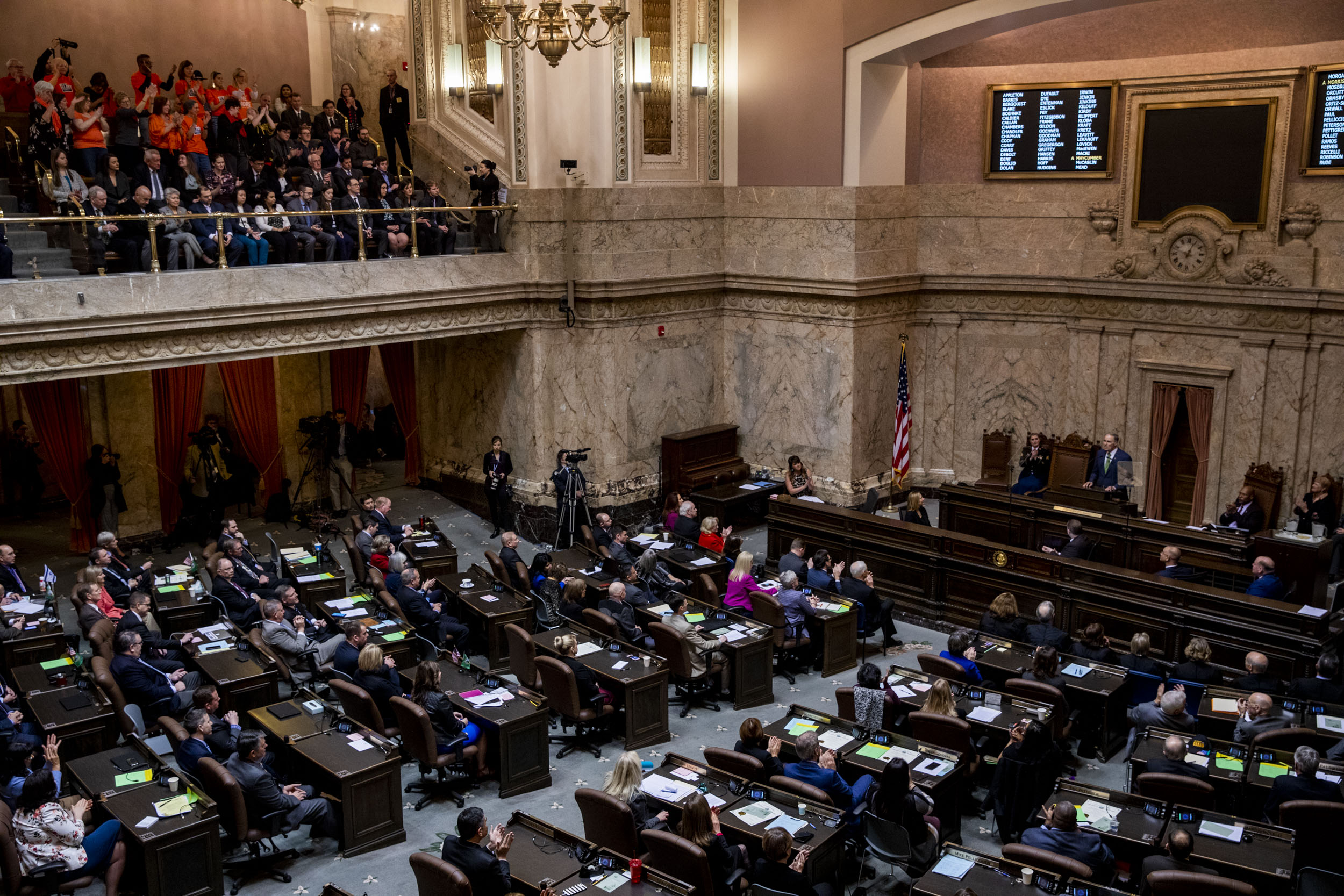 Sen. John Braun, the Senate Republicans’ budget guru, is working on a bill calling for a $500 million bond issue, which would be put to a public vote, to help build mental health facilities. House Speaker Frank Chopp, D-Seattle, is interested in Democrats working with the Centralia Republican on that proposal.

In general, Olympia Republicans oppose new taxes and tax increases. Inslee has proposed a 9 percent capital gains tax, likely to affect the wealthiest 1.5 percent of Washingtonians. He also wants to raise the business-and-occupation tax on service businesses from the current 1.5 percent of gross receipts to 2.5 percent.

Both Democratic and Republican leaders want to wait until about March before seriously working on new tax revenue — mainly because that’s when they would have better figures on what will be needed.

Democrats currently have their largest legislative majorities this decade — 28-21 in the Senate and 57-41 in the House — which means they have enough votes to pass Inslee’s proposed capital gains tax and a B&O tax increase if they can get solid support from their own members. 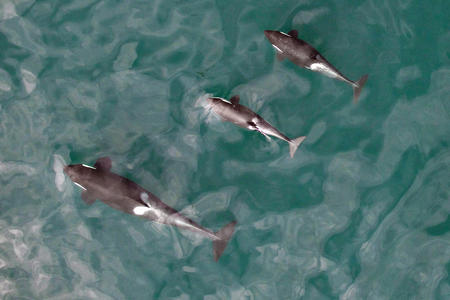