Millions of Americans could be drinking water high in nitrates

A study looked at 40,000 water systems for contamination and found Latinos in places like the Lower Yakima Valley are disproportionately affected. 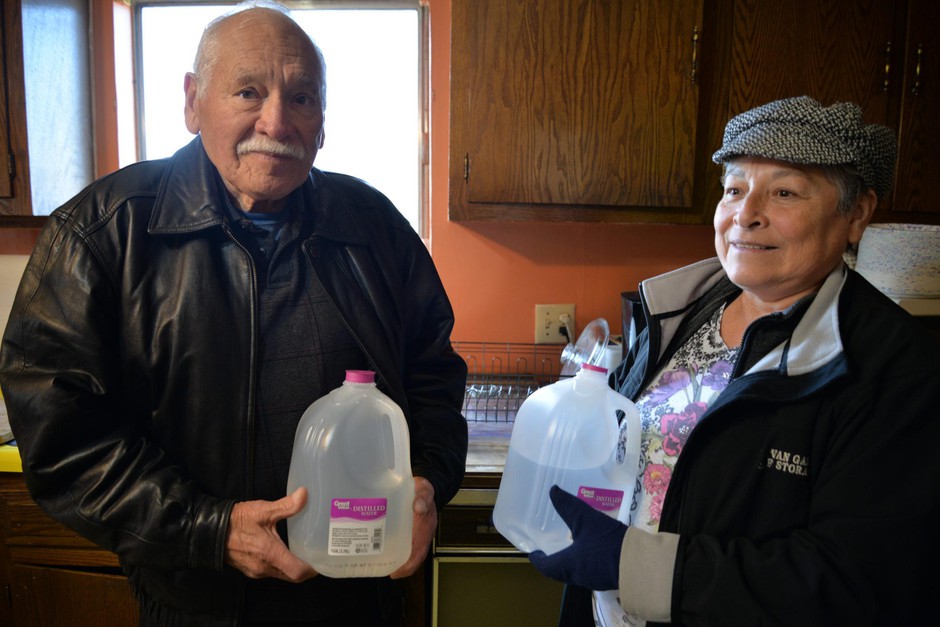 Martin Yanez and his sister, Rosalinda Guillen, live in the Yakima Valley near a large dairy. Their well water has high levels of nitrates, which can cause health problems. Boiling water with high levels of nitrates actually concentrates the contamination. So the siblings are left with bottled water as their only option for safe drinking water. (Photo by Esmy Jimenez/NWPB)

More people than expected are drinking water that could be harmful to their health. That’s according to a new study that looked at a water contaminant that’s been an issue in one of the Northwest’s most productive farming regions.

The study, published in the journal Environmental Health, found that more than 5.6 million Americans may be drinking water contaminated with nitrates. The study found Latino residents are disproportionately drinking water that’s often more contaminated than other areas.

At high levels, nitrates can be harmful to infants, causing what’s known as “blue baby syndrome.” Lower exposure levels to nitrates can contribute to other health problems, like birth defects and some cancers, said Laurel Schaider, the study’s lead author and an environmental chemist at the Silent Spring Institute.

That’s why researchers decided to look at nearly 40,000 community water systems across the country.

“I think that merits further investigation into whether the drinking-water standard is adequately protecting everyone,” Schaider said.

Nitrates in drinking water have long been an issue for Washington’s Lower Yakima Valley, where private wells sometimes have shown high levels of contamination. Some 25,000 people use private wells to get water, according to the Environmental Protection Agency.

Researchers in this study did not look at private wells, rather they surveyed water sources that served at least 25 people.

The study found drinking water across the U.S. had elevated nitrates for different reasons, from agriculture to fertilizers to sewage treatment plants.

In earlier research based in Cape Cod, Massachusetts, Schaider found water with elevated levels of nitrates often had elevated levels of other contaminants, including pharmaceuticals or other chemicals found in products we use. Similar studies could be done in more agricultural areas.

“Nitrate pollution might be a good indicator of impaired water quality in general,” Schaider said.