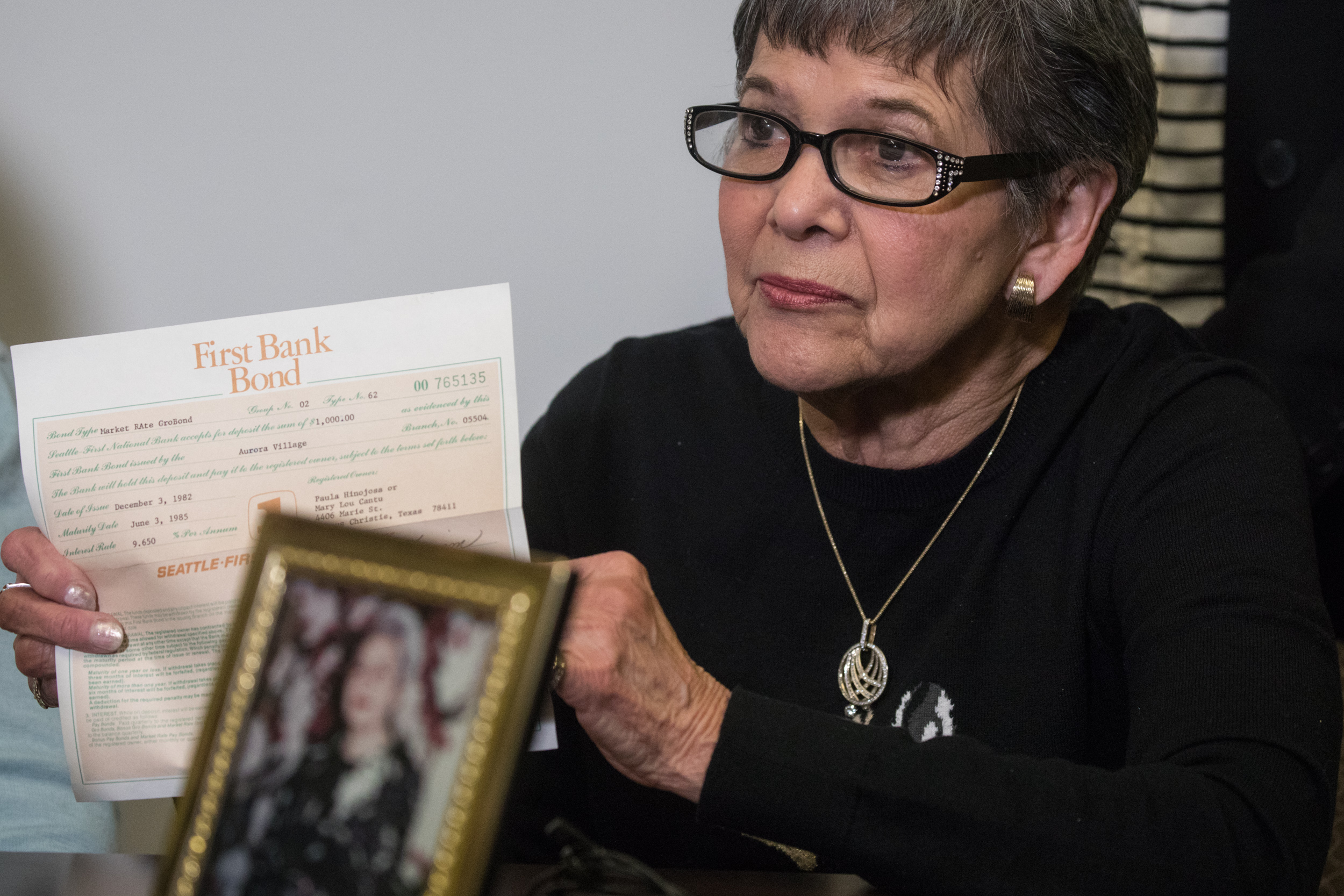 There’s the son, Keith Jaeger, fighting for the approximately $1,000 his parents stashed away in a certificate of deposit nearly four decades ago. Jaeger’s parents are both in their 70s and live in Michigan. His dad has dementia.

There’s the sister, Maria Sagisi Geiss, who recently attempted to claim the $5,000 she and her mother stored in certificates of deposit ages ago. She had planned to share the money with her siblings, some of whom remain in Mexico.

There’s the niece, Katrina Johnson, who wishes she could help fix up her home with the $100 certificate of deposit her aunt and uncle gifted her when she was just a baby. That small amount her relatives invested on her behalf is worth approximately $1,000 today.

Some customers say they deposited as little as $100, while others recall investing as much as $50,000. In all, 18 plaintiffs in Washington state say there’s more than $1 million at stake.

Attorney Eric J. Harrison, representing the plaintiffs, filed a lawsuit Thursday in U.S. District Court for the Western District of Washington. He suspects there are thousands of others in Washington state facing the same problem.

“The one job the banks have is to keep a record of your money,” Harrison said at a press conference Thursday on the 14th floor of Smith Tower. “And they failed to do their one job.”

Harrison, who was surrounded by bank customers of all ages holding as proof their certificates of deposit that over the years had been kept in safe deposit boxes or other secure places, says the lawsuit involves several local banks: Seattle-First National Bank, American Savings Bank of Tacoma, and Rainier National Bank. Decades ago, U.S. Bank, Bank of America and Key Bank acquired the three former financial institutions.

According to the lawsuit, Bank of America has been sued on at least four previous occasions, starting in 1998, for failing to redeem bonds issued by Rainier Bank. In 2013, for example, King County Superior Court Judge Douglass A. North ruled that the North Carolina-based behemoth had breached its contract and ordered it to pay. The case was settled for an undisclosed amount.

Yet, Harrison argues, banks continue “a policy of misinforming plaintiffs and other holders that the bonds were worthless.” The lawsuit also claims some certificates of deposit were mislabeled as bonds.

Bank of America refused to comment on the litigation. U.S. Bancorp and KeyCorp said as a general rule they do not comment on litigation.

Nationally, similar complaints surrounding certificates of deposit have surfaced in the past. During the financial crisis about 10 years ago, when dozens of banks failed, numerous bank customers complained that the government had abruptly allowed the new owners of the banks to lower interest rates on CDs that had been previously sold.

The Washington lawsuit claims the banks have violated the state’s Consumer Protection Act by engaging in “unfair and deceptive acts and practices in the conduct of trade and commerce that affect the public interest.”

The plaintiffs insisted they would stay the course until the banks paid what they say is owed to them.

“They figured I would just go away, but I didn’t. I’m still here,” said plaintiff Maria Sagisi Geiss.