If Eric Johnson’s recent KOMO news special on drugs and homelessness had gotten it wrong — bad info; distorted portrayals of people, places and events; out-of-context interviews — the city’s political establishment would have pounced on him. After all, it supposedly revealed an out-of-touch mayor, a clueless Councilmember Mike O’Brien, and an obtuse City Attorney Pete Holmes appearing impervious to any connection between the proliferation of property and other drug-related crimes and refusing to prosecute the same.

But that is not happening. In an era where it’s hard to draw a mass audience for anything, it seems that virtually everyone in the country has seen all or at least parts of the KOMO special Seattle is Dying. Far more people have watched it online than on the tube. The chairman of Mary’s Place told me recently, “It’s all anybody’s been talking about.” The Oregonian wrote about how it mirrors a reality that many people complain about in Portland. A business friend told me over coffee earlier this week that a friend from California sent him a copy of the show. It aired intact in San Antonio. I have lived here for well over half a century, have been involved in news media for over 30 years and don’t recall a television news special provoking such an ongoing, sustained conversation as this one.

Now we’re seeing some pushback, in the form of a much-discussed Crosscut essay by Catherine Hinrichsen, project director at Seattle University’s Project on Family Homelessness. Meanwhile, hundreds of other Seattle progressives reassure each other that the piece was little more than propaganda dictated or influenced by KOMO’s parent company, Sinclair Broadcast Group.

I’m in an interesting position to gauge all this. I’ve been involved in helping homeless organizations for years, sitting on the advisory board of The Salvation Army and raising money and awareness for the Union Gospel Mission, Mary’s Place and Mamma’s Hands. I’ve written about the issue several times for Crosscut and The Seattle Times, and I’ve made it a priority topic on my morning KVI radio show. KVI, like KOMO TV, is owned by Hunt Valley, Maryland-based Sinclair and both are housed in the same building across the street from the Space Needle.

The Hinrichsen piece criticizes Seattle is Dying for looking at just one part of the homeless problem — the drug-addicted homeless on the streets — and ignoring the many other faces of the homeless who want help. It’s important to point out that Johnson’s special was the third part of a trilogy, and those other specials addressed the very points raised by Hinrichsen. The first, about the lives of the homeless in the words of the homeless, was titled There but for the Grace of God… and aired in 2016. Like his latest, it was not a show that jumps around to politicians, service providers and academics. It was about the homeless from their perspective. It was a yearlong project.

The second special, also a yearlong project, aired in early summer of 2017 and was called Demon at the Door: Our Heroin Crisis. “We’ve been in alleyways and homes and police cars and assorted incarnations of hell on earth,” Johnson said in the show’s intro. “We’ve peered into the darkness of heroin addiction, looking for answers, truth, and, yes, humanity.”  Both specials won regional Emmys.

The most recent special was about everyone else affected by homelessness and drugs — tourists and visitors, crime victims, neighbors and local businesses, employees downtown and, for the first time, cops.

The most interesting chasm here is not between Johnson and his critics. It’s between homeless activists, service providers and members of the above-mentioned Seattle political establishment versus men and women in blue. Seattle cops are instructed not to talk to the press. But several years ago, a couple of Seattle cops gave me a handful of names of homeless drug addicts who were constantly committing one criminal violation after another, many of them dozens of times a year. Clearly, the problem persists as pointed out in Johnson’s special.

Viewers were also likely surprised to learn from the show that heroin possession is also now de facto legalized, so long as the amount is under 3 grams (enough for 30 hits). The reasoning? They’re probably only using, not dealing, Johnson’s report says. (Shouldn’t the Legislature be making a policy call like that?)

The reason Seattle is Dying so angers critics anchored to the status quo is that it confirms what many people who live and work here see and believe. It swats down silly talking points about homeless encampments being the result of greedy landlords, Amazon employees or, in Hinrichsen’s words, “our regressive tax system, generations of racial discrimination and long-term cuts in public housing.…”  Please. The problem is that Seattle’s political establishment and a constellation of activists and service providers have created a system that incubates drug abuse, refuses to enforce relevant laws against it or the quality of life crimes associated with it, and then are somehow surprised when the problem of drug-related homelessness swells instead of shrinks.

Rather than end the program on a bleak note, Johnson reaches for a solution, and finds one in Rhode Island’s Medication Assisted Treatment (MAT) program for the incarcerated.  Oddly, no one is criticizing (MAT) itself, but critics seem loath to credit Johnson for bringing it to public attention here.

Though there is no official switchboard to tally results, several KOMO staffers have told me about a heavily favorable reaction to the show from calls and emails. Johnson’s Facebook page has been near unanimous in support. The show itself has now been viewed online two million times. Some of the negative comments, mostly on other social media, echo the concerns raised in Hinrichsen’s piece, but more complain about KOMO being owned by Sinclair.

That would seem to strengthen rather than weaken the show’s credibility. In 25 years at KOMO, Johnson has won over 40 Emmys. Anyone even vaguely familiar with his work over the years will see a leavening of genuine humanity throughout his body of work. Other people who worked on the special included reporter Matt Markovich, with over 30 years in Seattle television.

Sinclair will occasionally exercise its prerogative of having stations run commentaries from its national pundits, but the company doesn’t intrude on local story selection or presentation. It would be bad for business. Like Seattle’s two other network affiliates owned by national companies, KOMO is run by people at the station. That principle also applies to radio. No one at Sinclair has ever told me what to say on the air. The Sinclair bogeyman is just that, a reminder that inflated conspiracies, left and right, always thrive in the age of the internet.

As the special continues to resonate, its ultimate impact will be reflected in whether Seattle leaders change how they approach street homelessness and drug use. These leaders are not stupid but some are stubborn, which sometimes looks the same. If that happens, the ultimate casualties will be, oddly and sadly, the homeless themselves. 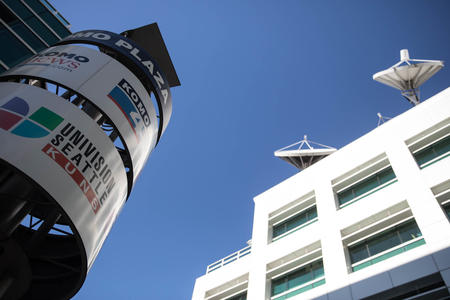